Drunk Histories: The Story of Pimm’s 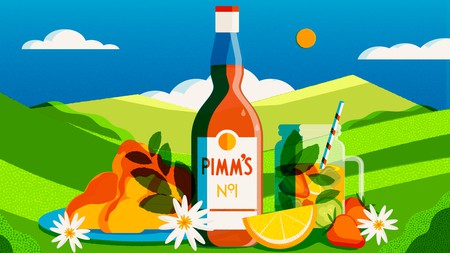 Pimm’s feels like it’s always been around. Whenever there’s sun and a sense of occasion in Britain, it’s there. But the famous brand hasn’t always been so ubiquitous – in fact, its popularity has been a bellwether for British culture for over a century, falling in and out of fashion as the world has changed around it.

Picture the scene: a blistering, bright June day on the manicured lawn of an Oxford college. The dons hover around in white straw hats, chatting to throngs of parents and students who have piled together for a jolly old garden party at the end of term. Sticky glasses of fizz – prosecco or champagne, depending on the kindness of old alumni – crowd the tables, among chicken-flecked wooden skewers and paper plates smeared with half-eaten profiteroles. The banks of the Cherwell are alive with activity. The colleges are racing each other on the river, and students crowd the boathouses, cheering and chanting for their alma mater with plastic pints in their hand. What are they drinking? You know what they’re drinking: it’s Pimm’s. 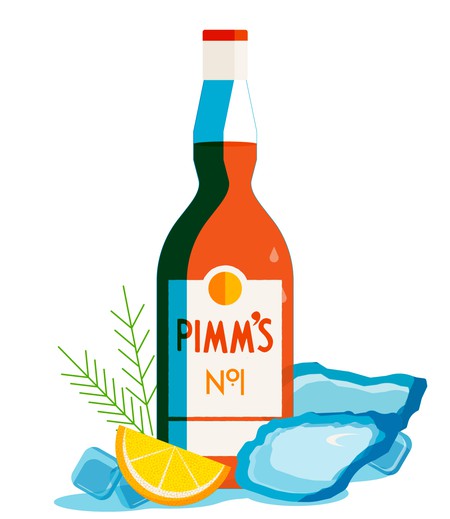 Pimm’s is the lifeblood of the English national myth. Few drinks have such a potent and established image in the minds of the public; Pimm’s is Wimbledon, Pimm’s is the Henley Regatta, Pimm’s is the Chelsea Flower Show, Pimm’s is posh. Never mind that it’s available up and down the country, and all over the world; Pimm’s is packaged as so very English – civil but eccentric, like a toff in a country pub. Its knowingly chintzy ad campaigns hark back to an England of pin-striped blazers, curled hair and polka-dot dresses. It’s the drink of summers past, and strangely enough, it has always been this way.

Like most beverages that have existed for over a century, Pimm’s began life as a medicinal tonic – society of the time still held the belief that ailments were salved by the right combination of strange herbs and alcohol. James Pimm, a fishmonger and bar owner, developed the tonic as a sort of digestif for people to keep down the oysters he sold. As Pimm’s Oyster Warehouses reaped the benefits of the 19th-century shellfish boom – oysters were Britain’s first fast food phenomenon – his tonic gained ever-widening popularity, and demand grew for it to be sold commercially as its own distinct beverage.

This is where things get a bit muddy, historically speaking. Practically all timelines of Pimm’s History are disputed; some claim it was first developed in 1823, others in the 1840s. What we do know is that ownership of the Pimm’s brand fell into the hands of Lieutenant Colonel Sir Horatio Davies in 1880, and it was Lt. Col. Davies who transformed Pimm’s from a ten-a-penny Victorian tonic into the symbol of high society Englishness that we see today.

Davies was a social climber. A poor scholar at the prestigious Dulwich College, he became enamoured with the intermingling worlds of politics, business and the military which formed Victorian England’s upper strata. He was a dedicated officer in the 3rd Middlesex Army Volunteers – a territorial battalion formed in the midst of the French Invasion Scare of 1859 – and made in-roads into high society by marrying the sister of the successful restaurateur, Frederick Gordon, before partnering with him to build a citywide restaurant empire. He used this platform to involve himself in the clandestine world of the City of London Corporation, joining Worshipful Companies, Mason Lodges and Members Clubs, and becoming a councillor, a sheriff, an alderman, a magistrate and, finally, the Lord Mayor in 1897. 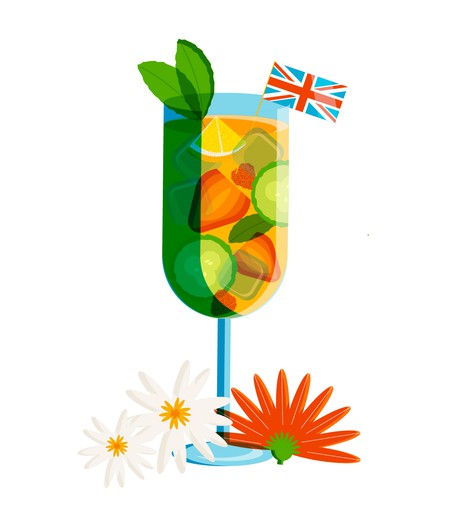 Davies took advantage of these connections to make Pimm’s into the drink of the chattering classes. Renowned for his largesse – his obituary even noted how much of an entertainer he was as Lord Mayor – Davies gifted bottles of Pimm’s to colonial administrators and their beleaguered forces in the territories. Famous explorers would be rewarded by Davies for their derring-do with a bottle of the wonder tonic; one for themselves, and another few to take with them on their next trip abroad. Under Davies’s direction, Pimm’s began popping up in Ceylon, Sudan, the Transvaal – all across the Empire, as the drink to opt for when you’re dreaming of a summer’s day back in Blighty.

This canny marketing campaign elevated the Pimm’s brand to riotous success at home and abroad. The famous Pimm’s Cup – Pimm’s mixed with lemonade and fruit – became established as the society drink du jour in the first half of the 20th century, and its advertising leaned into this reputation more and more as time went on. In the ’50s, Pimm’s gave out guidebooks for ‘Pimm’s Parties’ to cater for the aspirations and pretensions of austere post-war Britain; with its playful tips for party games and tinned fish vol-au-vents, Pimm’s offered a taste of society life to the lower classes, who could share in the bucolic dream of what Britain used to be.

Over the Sixties and Seventies, as ‘high society’ began to look staid and stiff-collared, the popularity of Pimm’s declined. In the flashy, fast-living Eighties, it found itself displaced further by the faddy party drinks of the time (think Blue Nun and Mateus Rosé, and shudder). By the time that Tony Blair strolled into Downing Street with his guitar in 1997, and the irreverence of Cool Britannia ruled the cultural waves, Pimm’s was consigned to terminal uncoolness – a plummy relic of the Hooray Henry brigade that had no place alongside the Cosmopolitans and continental lagers of the new order. 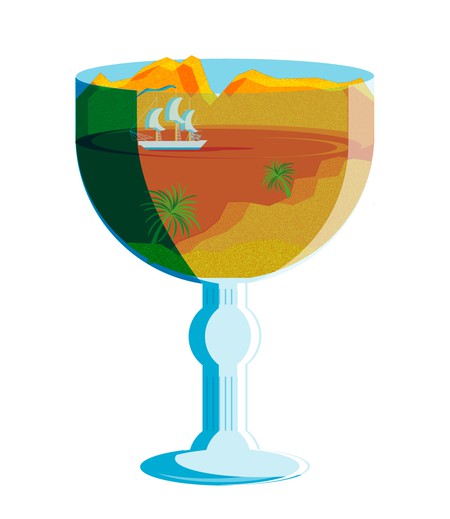 Facing extinction, Pimm’s relaunched itself in 2003, and instead of rebranding as sleek and glamorous, it embraced its quaint reputation and leaned into the daftness of the upper classes. With adverts centred around an out-of-touch posho (played by Alexander Armstrong) declaring “Pimms o’clock!” when he found himself clashing with the modern world, Pimm’s came back to life in the public consciousness; as a relaunch, it was self-deprecating and silly and remarkably successful. After a while, the self-deprecation faded away just as ‘poshness’ became a less toxic concept in the UK – people got more aspirational; national events like the Royal Wedding brought bunting and flag-waving back into the mainstream; and through it all, Pimm’s was there.

Pimm’s is ‘quintessentially English’ inasmuch as its story, its ebbs and flows, mirror the national mood of the last century. When the country has wanted to look towards the future, it has fallen out of favour. When the country seems to want to hark back to the England of Evelyn Waugh, to the blistering, bright days on manicured lawns, Pimm’s comes right back into favour. Pimm’s, as a drink, is a tiny part of its appeal, although it does help its case that it is eminently very drinkable. Pimm’s as a name, a brand, an image, has come a long way from the oyster bars of 1830s London – it has grown into being an unshakable symbol of the British summer.