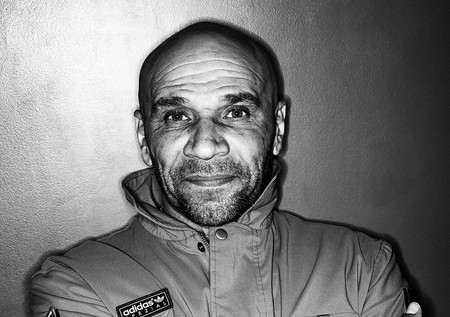 Dance musician Goldie chats to Culture Trip about what he learned from working with David Bowie, whether he’d record a James Bond theme song and accidentally revealing Banksy’s identity.

“I don’t get told off by anybody.” Drum’n’bass pioneer, James Bond villain, Big Brother contestant and grills entrepreneur Goldie is joking. But you can tell he really means it. Despite him becoming a zen yoga enthusiast in Thailand, it’s still hard to imagine anyone messing with the 52-year-old musician.

Goldie is talking about the furore he caused last year, having accidentally let slip Banksy’s first name. The musician called the mysterious street artist ‘Robert’ during a podcast interview with Scroobius Pip. He remains unrepentant.

“There was nothing in that podcast that was revealing. That anybody didn’t know already,” he says. “I put that down to hype. It’s not like all of a sudden people are saying, ‘Oh my god, people used to live on Mars.’ No shit, Sherlock.”

Street art was how Goldie first made his name as a young breakdancer from Walsall before moving into music. He once took part in the largest-ever British graffiti art battle alongside Massive Attack star Robert ‘3D’ Del Naja, who many suspect to be Banksy. All he’ll say now is: “They’re two different people. I’m not going to elaborate on this anymore. Case closed.”

Goldie (real name Clifford Price) has returned to London to perform at this weekend’s Red Bull Music Odyssey, which will see 50 artists performing on six boats cruising down the River Thames. Billed as a celebration of UK music over the years, the epic trip will feature performances from AJ Tracey, Heartless Crew, Jocelyn Brown, Kranium and Peven Everett.

“UK music is so influential,” says Goldie. “Sometimes you need to look back to go forward. I’ve worked with Red Bull over the years starting off with their Soundclash gigs. It was a natural progression for me to be involved in this, especially with the new producers that are coming up. You’ve got some really established names. That’s what’s cool about working on a platform that showcases the British talent coming through.”

Last year saw the release of The Journey Man, a double album that Goldie described as the “big brother” of his 1995 seminal LP Timeless. The ambitious project took on trip hop, jazz, funk, electronica and, of course, drum’n’bass, including an 18-minute track called ‘Redemption’. While he has played an important role in British dance history, Thailand has become a major influence on Goldie’s music since he moved to Phuket a few years ago.

“I just love the people and culture,” he says. “My music career has always been about reinvention. I like Thailand because it gave me the chance to reassess how I felt about music in general. I do a lot painting in Asia. It gives me space there to breathe. I do a lot of yoga. It has a real place in my heart.”

This idea of reinvention was instilled in him by good friend David Bowie. The pair collaborated together on Goldie’s second album Saturnz Return. In his autobiography, All Things Remembered, he recounts how he met the late singer at his infamous Metalheadz drum’n’bass club night in Hoxton Square. This chance encounter led to the pair working together on an ambient track, ‘Truth’, in 1998.

The two musicians got on so well that Bowie agreed to appear in the gangster film Everybody Loves Sunshine (1999) alongside Goldie. The Thin White Duke even ploughed £30,000 of his own cash into it when the production team ran out of money.

“It gave us a chance to bond. He was always giving me great advice about music,” Goldie says. “Sometimes I’d take him too seriously. The idea of reinvention is probably the biggest influence – how to really reinvent yourself with music. I’m been working in the arts for 35 years. That’s decades of music and art. Working with Bowie was a very big eye opener for me.”

Goldie has also had roles in BBC soap EastEnders, Guy Ritchie’s Snatch (2000) and appeared on Strictly Come Dancing. Not to mention his part as menacing bodyguard Mister Bullion in the 1999 James Bond film The World Is Not Enough. Would he ever record a 007 theme song? “Maybe” he laughs. “It’s never been a thing for me, really, but never say never!”

Despite these on-screen appearances, it’s music that has always been Goldie’s big love. He has always been very vocal about how it saved him after a childhood raised in care homes and by foster families. He was put up for adoption when he was three by his mother Margaret, a Scottish pub singer. His dad Clement, a foundryman from Jamaica, disappeared soon after he was born.

“It’s a very strong healer,” says Goldie, speaking about music. “The healing process comes from using the traumatic times as a tool. It has really helped me. That may not be everyone’s journey. Other people make music for fun. Don’t get me wrong, I enjoy making music. I don’t like the idea of making music for financial benefit. For me, art’s first. The idea of something sounding good or making someone feel good is my first premise. In a lot of ways it has saved me, for sure, I’ve always been a strong believer in that.”

Goldie will perform on The Roller boat as part of Red Bull Music Odyssey on 30 June. You can buy tickets from redbull.com/odyssey. Tune in to Red Bull Radio on the night to listen live.