Dress Like James Bond, Batman and Han Solo at this Designer Boutique 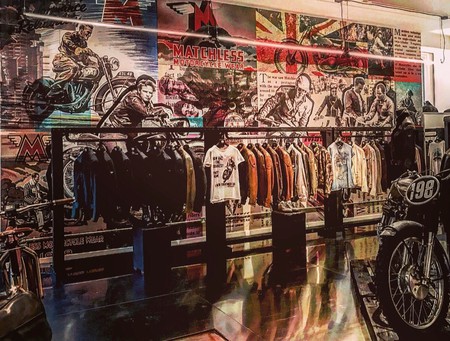 Originally founded in 1899 as a bicycle company, Matchless has come a long way from its humble beginnings in Plumstead, London. Now under the stewardship of the Malenotti Brothers, Matchless is best known for a long list of celebrity clients and high-end commercial jackets. 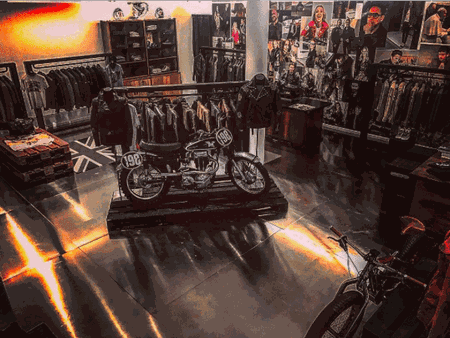 We visited the main store recently in Central London and were surprised by just how many film jackets were on show. From the purple trench coat that Jared Leto wore in Suicide Squad to Tom Hardy’s flight jacket from Dunkirk, there is a huge collection available for anyone to buy. These are also the sort of outerwear you can step out in without looking like a fanboy or nerd.

Michele and Manuele Malenotti previously owned Belstaff, another globally famous fashion brand. Their current store on Cork Street in Mayfair is small, maintaining a boutique feel, but their association with some of the biggest films of all time make it feel like the real deal.

We spoke to Manuele to find out more, and began by asking him what made Matchless stand out from the crowd. 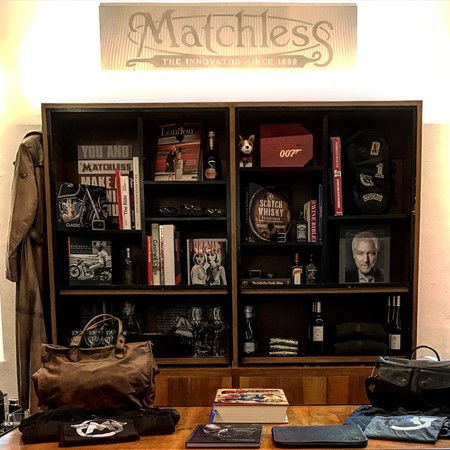 ‘We have heritage of more than 100 years. There is a long history and knowledge in both the motorcycle world and fashion world. Now with the support of the Malenotti Family, where we have the knowledge of luxury fashion, we have the quality, wearability and the fit. So you have the Italian manufacturing but with the English tradition.’

That is a pretty enticing proposition. The ‘fit’ might seem like a trivial matter – surely any ready-to-wear collection will be similar in sizes – but there is something particularly appealing about the jackets and coats at Matchless. They look practical yet luxurious but are, above all, comfortable.

‘Our customers come from everywhere. Some are, of course, from the motorcycle world. But we also have some coming from our great movie collaborations. The main characteristic is the quality, and people who already know that will come to us. And now we have the Internet, so we do a lot on Instagram and on digital platforms.’

So what of these movie collaborations? If you search for Matchless on Instagram, you’ll find a wide range of film jackets. There are high-profile garments that have been seen in everything from the Star Wars universe to the best of Marvel and DC. That’s right, Tony Stark and Bruce Wayne wear the same brand…

‘The process of working with film companies is usually a long process,’ Manuele explains. ‘It begins with the costume department of the movie, who come to us with the script and the look of the main characters. We work with them, and if there is time, we will create a special model for the movie for the actor to approve. The producers and director also have to approve it. We have to give the costume department the option of different models and fabrics to see what works. This is different from something for the red carpet, this is for the movie itself.’ 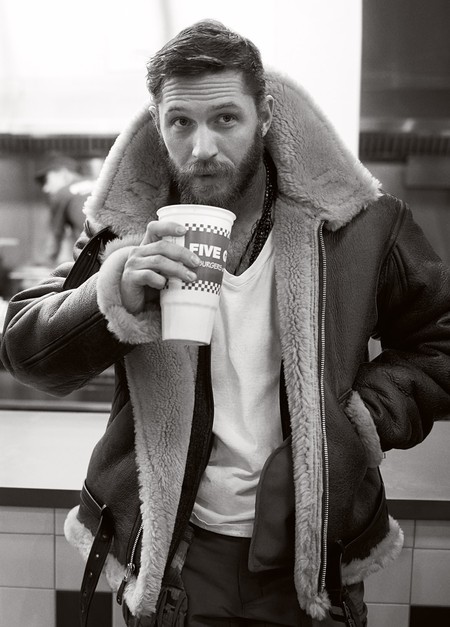 Manuele told us that it’s a combination of three factors – marketing, customisation and relationship. The fact that people can then buy the costumes they see their heroes in is something unique.

‘In the last few years, the most popular jackets we’ve had are the Han Solo and Finn jackets worn by Harrison Ford and John Boyega in Star Wars: The Force Awakens, as well as Captain America’s one that Chris Evans wore in his movie. It makes me feel very proud to see our work on screen. I’m a big fan of cinema, and my grandfather was a movie producer, so it’s in the family. He was part of the great era in the ’50s and ’60s with Sofia Loren and other Italian greats.’

The film collaborations first began when the Malenottis were at Belstaff. It’s now been over fifteen years, and this includes Martin Scorsese’s Oscar-winning film The Aviator. With over 100 films under his belt, including a number of James Bond films with Daniel Craig, Manuele struggles to answer when asked if there is any movie that he hasn’t worked on yet that he would like to get involved in. Then it hits him: ‘The new Top Gun! That would be a dream… .’

The London location of the Matchless flagship store is close to some other big fashion brands. We asked why this particular venue in Mayfair was chosen.

‘London was a good location for our first store because we know that Matchless began in Plumstead. You always have to be faithful to your DNA and never lose sight of where you come from. This year we will be opening in Milan, New York and Los Angeles.’

As if that wasn’t exciting enough, Manuele was able to tell us that 2018 will also see a blockbusting collaboration with Disney and Marvel on the new Avengers film, Infinity War.

A selection of Matchless jackets can be found online, with even more available in store.