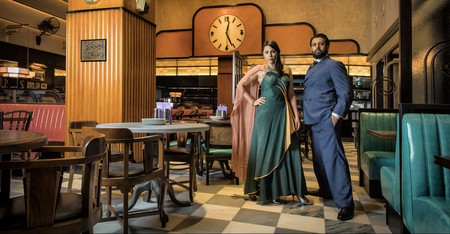 One of the nation’s favourite restaurant chains is set to open their new branch with a bang! Dishoom will launch in Kensington on December 15, but first you can experience an interactive production of Night at the Bombay Roxy in the iconic surroundings of The Barkers Building.

Dishoom serves up a fusion of Iranian and Indian cuisine. The chain has grown rapidly over the last few years and now also has four branches in London (Kensington will be the fifth), as well as a Scottish location in Edinburgh. Each venue tends to have a slightly different menu, so Kensington is sure to surprise. The Art Deco designs of previous locations is carried through even more prevalently in the new branch, partly due to The Barker Building itself.

The site-specific production of Night at the Bombay Roxy will make use of the venue, with the production being set in a decadent, 1949 Bombay jazz club. 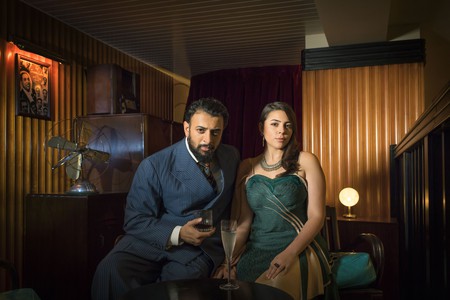 A swinging five-piece jazz band will complete the ensemble transporting audiences to the opening night of the Bombay Roxy.

The performance will be matched with a lavish dining experience. Audience members will be greeted with welcome cocktails, and then have the chance to sample some classic Bombay dishes as the immersive performance unfolds around them.

Night at the Bombay Roxy at Dishoom Kensington will run from 27th November–14th December.

There are three arrival times in 15-minute intervals starting as follows:
Monday–Friday from 6.45pm
Saturday–Sunday from 1.30pm & from 6.45pm
There is no performance on Monday 4 December