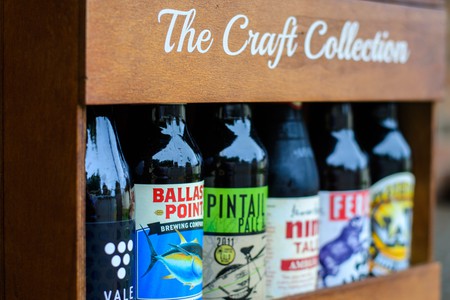 India Pale Ale (IPA) has experienced a renaissance across the USA, UK and Australia in recent decades and is a key player in the craft beer movement. While the taste and texture of many IPAs will leave few stumped as to why it has become so popular, its origins and how the beer got its name are not so well known. 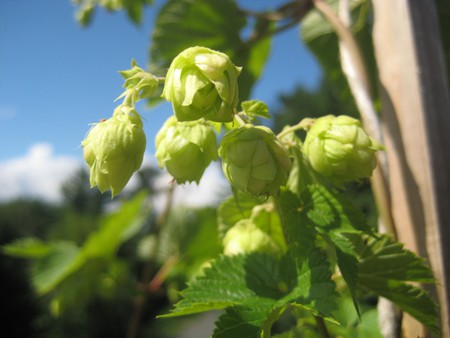 Until the early 1800s, in Britain darker ale or stout was the readily available beer on tap and was produced from just three ingredients. The first was roasted and smoked barley which created a dark malt. The second was yeast and the third hops, which are the flowers of a particular kind of plant that provide a bitter or zesty taste, depending on the type of hops used. The original pale ale was simply produced from the same ingredients as dark ale, but with the invention of coke ovens around 1820, the barley was not roasted and smoked as much. At this time, the British Empire was booming and many Brits were working in India or benefiting from British rule over India in some way. The East India Company, a trade company who at the time was responsible for half of the world’s trade, was consistently traveling between Britain and India to sell basic goods such as tea and silk. With the long voyage ahead, the men would stock up on their favorite ale to see them through the weeks at sea.

Bow Brewery were lucky enough to be situated on the Middlesex/Essex border where the East India Company docked and enjoyed a huge success with their pale ale, which the tradesmen and consumers in India enjoyed immensely. However, the quality of the ale would diminish quickly with the current measure of ingredients, causing the East India Company traders to demand a beer with more hops, so the ale could survive the long journey without compromising the quality. This was also the case for porters and stout like Guinness; whilst these ales are made with the darker malt, they need equal amounts of hops to be exported more easily.

With Bow Brewery’s business booming, the rest of the breweries in the area were obliged to follow suit. By 1860, India Pale Ale was widely brewed in England, with its distinguishing taste simply being much stronger and hoppier than other pale ales. By the 1900s, other colonial countries such as Australia, New Zealand, America and Canada were enjoying exported English IPA and brewing their own. An Australian newspaper in Sydney was actually the first to coin the term, with the origins of the pale ale widely known across the world. 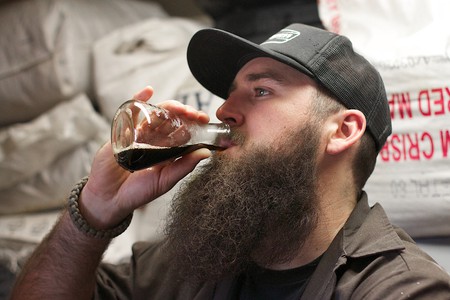 The Consequences Of WWI

In the UK during the First World War, taxes on beer ingredients increased, which meant that brewers lowered the strength of their beer to save on costs. Today, IPAs commonly have a lower gravity and low alcohol percentage in the UK, often having less than 4% alcohol percentage. In the USA and Canada, they have since taken the traditional IPA recipe and made it their own; using distinctive American hops, which has led to a craft beer and micro-brewery boom all over the US. The sheer volume of IPAs being brewed and manufactured has meant that sub-groups of the original IPA have also been developed. 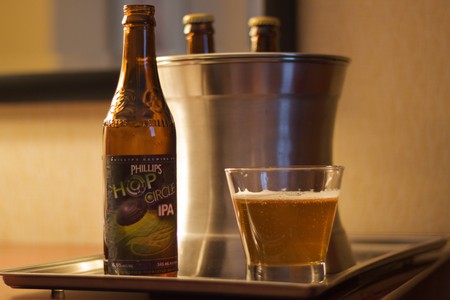 A brand of American IPA | ©Gerry/Flickr

India Pale Ale has grown and been adapted hugely over the last century, but still relies on the same three fundamental ingredients: light malt, yeast and hops. The simplistic ingredients of this ale have allowed brewers of any skill level to become artists and create their own techniques and flavours on the sturdy foundation of a centuries old brewing tradition.