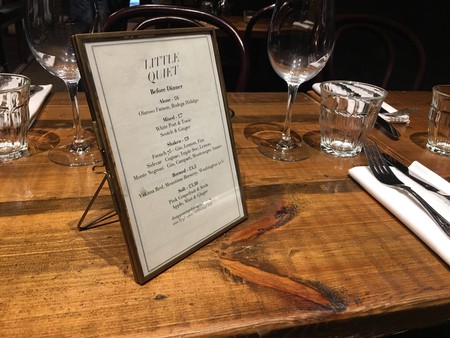 London is no stranger to hidden ‘speakeasy’ cocktail bars that require passwords, or insider info – such as a blank concrete wall actually being the entrance to a darkly glamorous drinking hole. But the concept of a hidden restaurant is still something of a novelty.

Hidden in an inconspicuous backstreet in Barbican, by Smithfield Market, Little Quiet is the latest project from the Disappearing Dining Club. This time they almost have: there’s no sign, name or label, the windows are blacked out, and it has a romantic dim aesthetic inside. There isn’t even any noise coming from it, adding to its invisibility and leaving some confused booked-in diners looking around in vain. 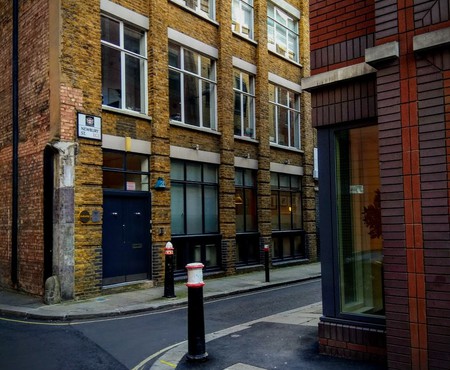 A few years ago in London, there was such a big burst of pop-ups – where teams or chefs temporarily took over kitchens, bars, or venues – that we even witnessed various ‘pop-downs’. In these, those already running a top kitchen took over a much more low key venue, such as a room under a café, with the intention of trying out new ideas, or simply to create a buzz by doing something new. 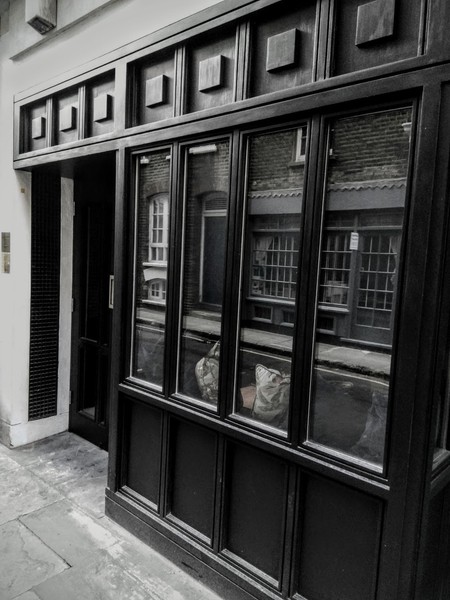 But according to head chef Fredrik Bolin, the growing popularity of pop-ups drove up rents, even in less obvious locales. Soon, profit margins were razor thin.

But this hasn’t put the team – head chef Bolin and founder Stuart Langley – off:

‘We still love the challenge of working in difficult locations or spots. Our first gig was in an ex-takeaway: we had a single table restaurant with eight people round it.’

Little Quiet is a bit bigger than this, but only a bit, with 16 covers taking up the entire ground floor, and a kitchen and storeroom downstairs with the toilets. 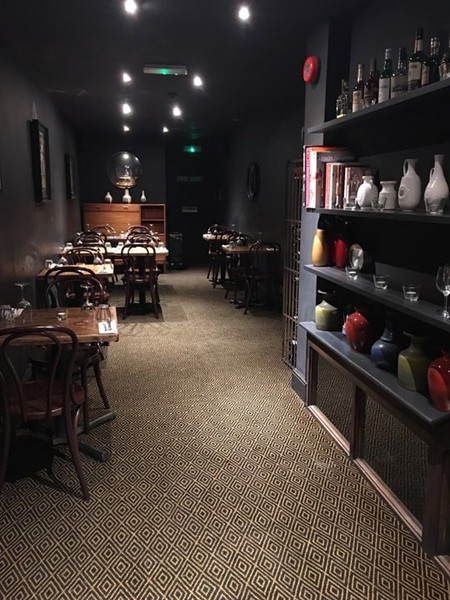 On offer is a carefully curated list of wines, beer, and cocktails, and a set menu of two, three, or six courses, depending on how much time you have and how adventurous you are. The most detailed dish descriptions are a mere list of key ingredients, with the very first thing you try described only as ‘something from the kitchen’, pleasantly keeping the hidden vibe going throughout.