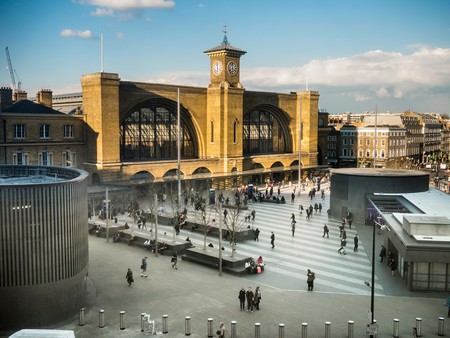 King’s Cross St Pancras. It’s the station that serves continental Europe, the U.K. and anxious wizards making their way to Hogwarts for the start of term. King’s Cross station is undoubtedly London’s most recognised station and since its origins in the 19th century, it has always boasted a grand identity. Explore the finer details of its rich history, architecture and cultural evolution, with this extract from Francis Pyror’s new book, Paths to the Past.

The great stations that served the midlands and the north – Euston, St Pancras and King’s Cross – were built along the northern fringes of mid-​­nineteenth-​­century London. Euston was built first (in 1837); King’s Cross second (1852); and St Pancras third (1868). The Euston Road, which was built a century earlier (when it was known as the New Road), still links them all together. It ran more or less along the edge of north London when Euston Station was opened, but three decades later, when St Pancras was constructed, the area was thoroughly urban. Such was the speed of development in the early railway age. And of course it made good sense to place buildings that needed as much space as railway termini on green- and brown-field sites, where land costs would be cheaper. Today London extends way beyond the Euston Road. As your train flashes or trundles through the northern suburbs, it’s worth recalling that the rapidity of London’s nineteenth- and early twentieth-​­century expansion was in large part paid for and funded by the explosion of trade and commerce that the railways themselves stimulated.

The earliest of the major London termini, opened in 1837, was Euston. At first, what is now the West Coast Main Line only went as far as Birmingham, but soon the tracks were extended north, eventually to Glasgow. This magnificent station was largely destroyed in 1962 by a crass act of cultural vandalism that witnessed, among other horrors, the deliberate demolition of the famous Euston Arch: a gateway in the form of an ancient Greek temple that had become a symbol of the Railway Age. Its proposed destruction in the name of ‘progress’ caused such an outcry that it had to be sanctioned by the then Prime Minister, Harold Macmillan.

Euston began small, with just two platforms, before growing over the following decades. King’s Cross, however, was very different. For my money it is the finest railway station in the world. And unlike poor damaged Euston, recent developments have, if anything, improved it. 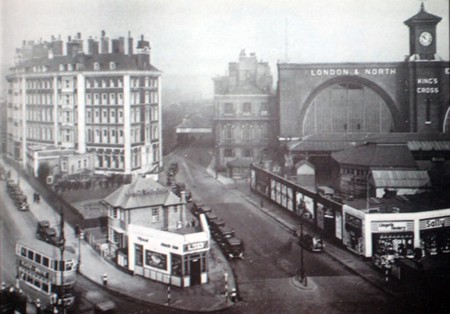 Designed for the Great Northern Railway by their architect, Lewis Cubitt, when King’s Cross Station opened in 1852 it was the largest in Britain. Two broad iron and glass archways covered two long train sheds, or sheltered platforms. In those days the archways, which now accommodate platforms 1–8, housed just two: one for trains arriving, the other for trains departing. Sidings for carriages occupied the space in the middle. The magnificent southern front of the station is remarkably restrained and unadorned. It is built with yellowish-​­brown so‐called ‘London Stock Bricks’, which were fashioned from local clays and which give so many elegant eighteenth- and nineteenth-​­century London terraces their distinctive colour. The station’s front reflects and highlights the two arched train sheds behind, with plain, buttressed walls at each end, and two huge arches on either side of a fine central clock and bell tower. In style it is late Georgian or Italianate: simple, dignified, yet strong.

In 1972, British Rail built a single-​­storey booking hall in the concourse immediately outside the station. Although deliberately kept low, this unfortunate building completely disrupted the view of the station’s superb façade. Happily, it was demolished during recent major renovations, which have proved to be practical, imaginative and highly successful, largely because they have treated Lewis Cubitt’s building with the respect it deserves. Work began in 2005 on a major refurbishment of King’s Cross, which included the construction of a huge, semi-​­circular domed concourse built against the south-​­western side of the station, behind the Great Northern Hotel. The breathtaking, net-​­like latticed steel roof, designed by John McAslan, is believed to be the largest single-​­span station structure in Europe, and in its scale, ambition and sympathy for its surroundings recalls Foster and Partners’ superficially similar new atrium for the British Museum. 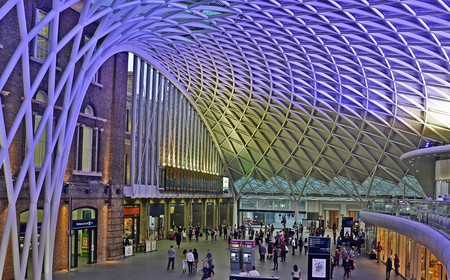 At the northern end of the concourse is what seems to be a permanent queue of young Harry Potter fans, waiting to be pictured by a luggage trolley for Platform 9 3⁄4, where, of course, the train departs for Hogwarts, via the Hogwarts Express. Beyond the queue is a flight of stairs leading up to my favourite destination at King’s Cross: the Parcel Yard pub. As its name suggests, it is situated in the building where parcels were sorted. The brewers have done a splendid job in preserving the original decor, doors, flooring and windows, and the furniture is second-​­hand, slightly battered, and entirely appropriate. There are excellent views out over the two train sheds. The rooms and the building are all Grade I listed – the highest level of statutory protection. Every time I pass through the station, I raise a foaming pint of London Pride to the wisdom of that Listing decision. When the inevitable happens and trains are delayed, the Parcel Yard is always there to soothe one’s growing anxiety.

Immediately west of King’s Cross, just across Pancras Road, is St Pancras Station. Today it is probably better known than its slightly earlier neighbour, largely due to the wonderfully over-​­the-​­top Victorian Midland Grand Hotel that forms its southern frontage, and which, with its profusion of turrets and fanciful patterned brickwork, provides a superbly Gothic contrast with the elegant restraint of King’s Cross. Designed by the great Victorian architect George Gilbert Scott, it took five years to build and was opened in 1873. Scott’s Midland Hotel conceals a slightly earlier, more unusual, and structurally innovative building directly behind it – the train shed itself. 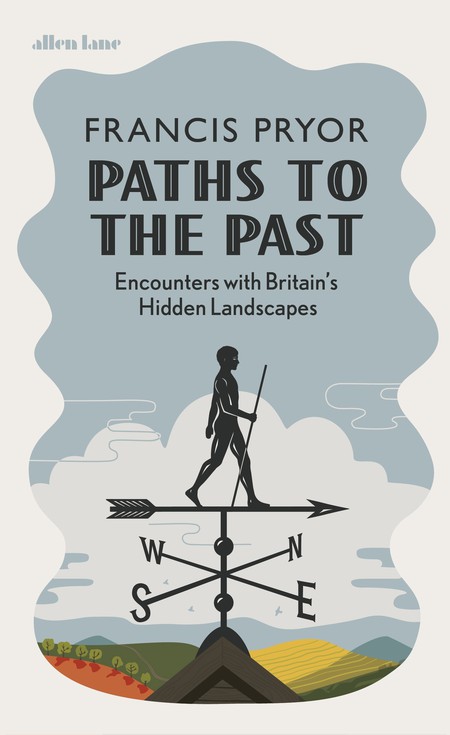 Extract from Paths to the Past: Encounters with Britain’s Hidden Landscapes by Francis Pryor, published by Allen Lane and available now in hardback and eBook formats, £14.99