Despite the Controversy, 'Beauty and the Beast' Waltzes to Record-breaking Openings

Even though the run up to the release of Disney’s live-action adaptation of Beauty and the Beast was dogged by controversy, audiences flocked to the romantic fairytale film and sent the Emma Watson title to the top of the international box-office over its opening weekend. 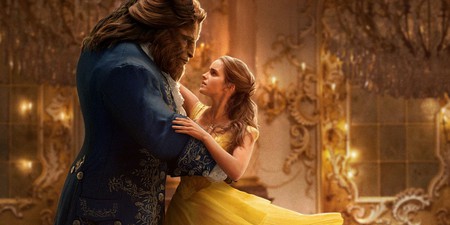 Beauty and the Beast | © Disney

The film, an updated version of Disney’s own Oscar-nominated animation from 1991, took home over $170m in North America, giving it the highest opening ever for a PG certificate film. The total smashed the previous best, set by last year’s Pixar animation Finding Dory.

Beauty and the Beast also became the seventh all-time highest opening, beating out Emma Watson’s final Harry Potter film in the process. Experts predict that when the final receipts are returned, the number could end up being a lot higher too.

And it’s not just American audiences that loved the film. The story of a young girl who falls in love with a cursed beast did even better internationally, raking in $180m, with China leading the way. It was also the highest opening for a musical in the UK, beating Les Misérables (2012).

All this despite several issues clouding the promotion of the movie in recent weeks. Following comments of a ‘gay moment’ featuring the popular character LeFou (Josh Gad) by director Bill Condon, the movie was banned by a small number of theatres in America, and gained an adult rating after censors objected to the content in Russia.

The film, which also stars Downton Abbey’s Dan Stevens, Sir Ian McKellen and Ewan McGregor, claimed the prize for highest opening ever by a female-led character. Emma Watson, who stars as Belle, came in for criticism herself when she posed for a controversial photoshoot in a magazine spread to promote the film.

Other commentators have spoken about how Watson’s character isn’t quite the feminist she is cracked up to be, with The Guardian claiming that there was a ‘whiff of 50 Shades’ to the plot and a ‘palpable fear of ugliness’ throughout.

It seems like audiences couldn’t care less though, as forecasts for the coming weeks predict even more success for the movie. Read Culture Trip’s review of Beauty and the Beast here.

Beauty and the Beast is out in cinemas now.