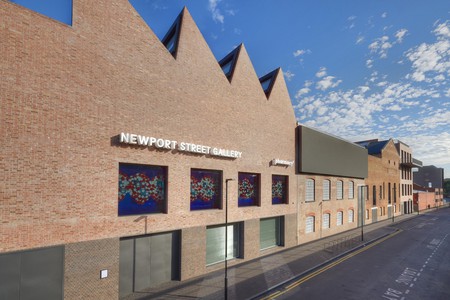 Vauxhall is now home to Damien Hirst’s recently refurbished private gallery, housing the artist, collector and entrepreneur’s personal collection of contemporary art. There are no dots, diamonds or formaldehyde in sight – the enfant terrible of the Young British Artists movement will not display any of his own work (although it is available for sale in the gift shop). We take a look at what treasures you can expect to find.

Situated within striking distance of the Tate Britain and Imperial War Museum in Vauxhall, Newport Street Gallery opened to the public, free of charge, in October 2015. The £25m exhibition space is designed to showcase Damien Hirst’s fulsome personal art collection. The opening signalled a wider transformation of the area into something of an arts district: The Beaconsfield Gallery occupies a neighbouring railway arch; Cabinet will relocate to a new building bordering the edge of Vauxhall Pleasure Gardens; and Gasworks’ recent refurbishment was completed nearby at Oval. 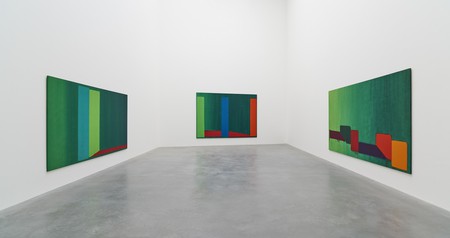 Hirst’s interest in curating dates back to the genesis of his art career, when he organised the ‘Freeze’ exhibition (1988) in South London. Newport Street Gallery will present works from Hirst’s Murderme collection, which he has been amassing since the late 1980s. It contains over 3,000 works by the likes of Francis Bacon, Banksy, Tracey Emin, Richard Hamilton, Jeff Koons, Sarah Lucas, Pablo Picasso, Richard Prince, Haim Steinbach and Gavin Turk, as well as a number of young and emerging artists and a significant collection of indigenous artists from the Pacific Northwest Coast. Also featured are natural history specimens, taxidermy, anatomical models and historical artefacts. The collection has previously been the subject of large-scale exhibitions at the Serpentine Gallery, London (2006) and the Pinacoteca Agnelli, Turin (2013).

The adjacent café-restaurant Pharmacy 2 opened in 2016 as a homage to the short-lived venue Hirst opened in Notting Hill in 1998. It is decked out in medical themed kitsch, including a Perspex display cabinet brimming with candy coloured pills, and seating booths embroidered with pharmaceutical logos, which also adorn the walls. 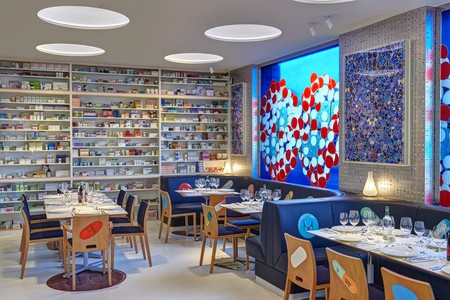 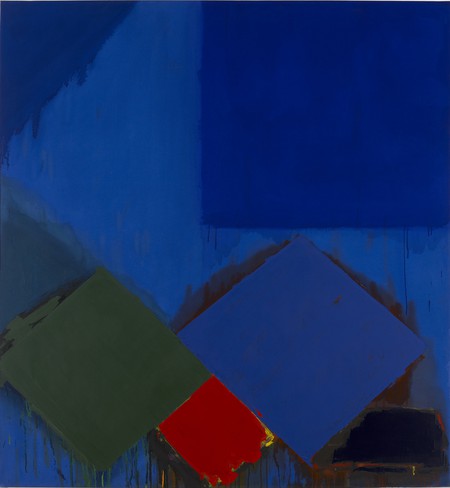 Next up is Now, a Jeff Koons survey curated by Hirst himself, running from 18 May to 16 October 2016. Spanning 35 years of Koons’ artistic output, Now is the first major UK show to be devoted to the artist since the exhibition, Jeff Koons: Popeye Series, at the Serpentine Gallery in 2009. It will comprise of over 30 paintings, works on paper and sculptures drawn from Hirst’s collection, including iconic works from Koons’s series Inflatables, The New, Equilibrium, Luxury and Degradation, Made in Heaven, Popeye, and Hulk Elvis, amongst others. 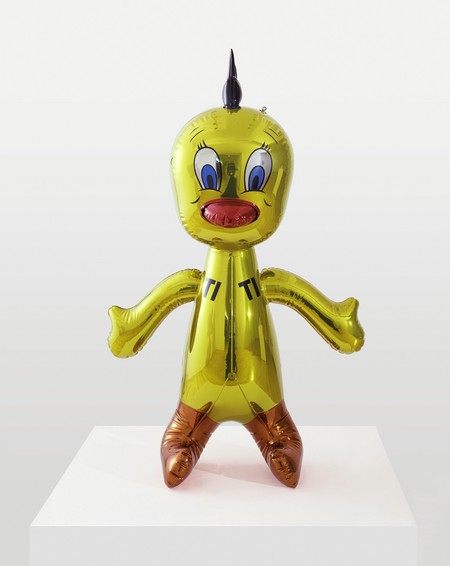