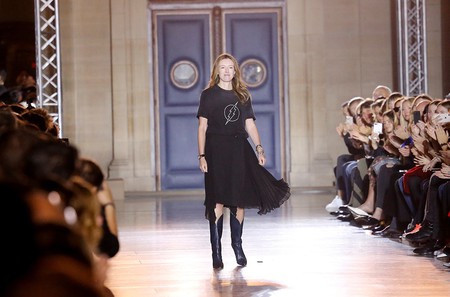 Culture Trip profiles Clare Waight Keller, the designer behind Meghan Markle’s royal wedding dress. We take a look at her career to date and examine the impact she’s made on British fashion.

The identity of the designer behind Meghan Markle’s gown for her marriage to Prince Harry was (somewhat miraculously) kept a secret until the moment the bride stepped out of the car at St George’s Chapel. Joined on the steps of the church by British designer and newly appointed artistic director at Givenchy, Clare Waight Keller, the bride wore a minimalist creation with a sleek bateau neckline, long sleeves and a full floor-length skirt. The gown was synonymous with the designer’s aesthetic: timeless, quietly sophisticated and above all, elegant. Nevertheless, the commission came as a surprise to many, going against industry predictions, which included British fashion house Burberry, ethically conscious Stella McCartney and French designer Roland Mouret, who Markle has previously worn. 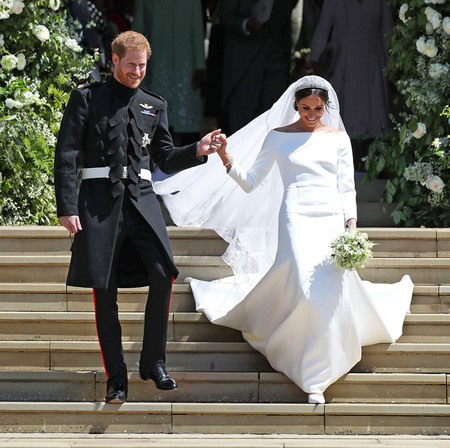 But this isn’t the first time that Givenchy has designed a high-profile wedding dress. Waight Keller’s predecessor, Riccardo Tisci, famously crafted a less traditional interpretation for Kim Kardashian in 2014. The form-fitting silhouette, which was made from elaborate lace with sheer panelling and a fishtail skirt, represented Tisci’s gothic sensibility impeccably. Similarly, Waight Keller’s more understated take seems exemplary of her plans for Givenchy.

Her debut haute couture collection – Spring 2018 – presented in January this year, confirmed the change in direction. Inspired by a ‘garden at night’, it featured ethereal tiered creations and voluminous silhouettes as well as dark, sharp tailoring that referenced the label’s heritage. The result was a contemporary take on femininity – a description that could easily be applied to the royal wedding dress, too. 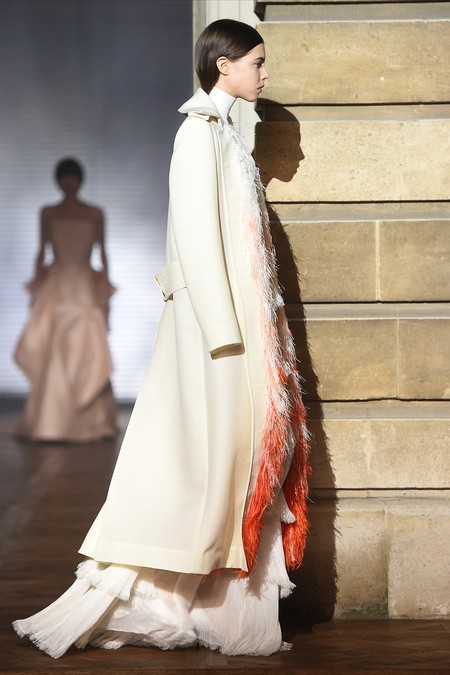 Waight Keller has certainly instilled change before. It was she who transformed Pringle of Scotland from heritage cashmere label to forward-looking, international fashion house during her six-year residency, and she most famously established the 1970s-inspired romance that Chloé is now so renowned for. Having accepted the challenge of reviving the Parisian label in 2011, which was in its prime under the direction of Phoebe Philo some five years before, Waight Keller introduced a sense of carefree, wearable femininity and cult accessories. Her final collection for AW17 perfectly summarised her time there as she sent models down the runway wearing vintage-inspired florals and retro checks. 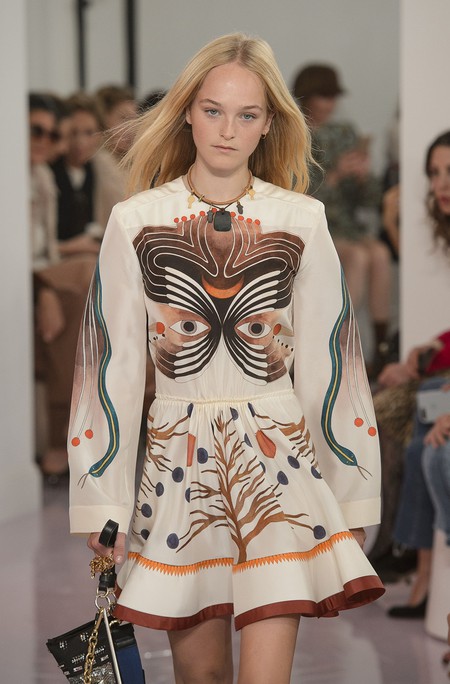 So with shifts in direction so closely attributed to this 47-year-old British designer, it’s little wonder that her appointment at Givenchy sparked intrigue. In a statement from Kensington Palace, the Duchess of Sussex said that she chose the designer for her ‘impeccable tailoring and relaxed demeanour’, a look that both the Spring 2018 couture collection and her bespoke wedding gown epitomised. Making a seamless departure from the gothic and somewhat more sultry aesthetic that Riccardo Tisci worked so hard to establish, there’s little wonder why Clare Waight Keller is now, in fact, one of the most influential women in British fashion today.