Chris Moore, Capturing the Magic of the Catwalk 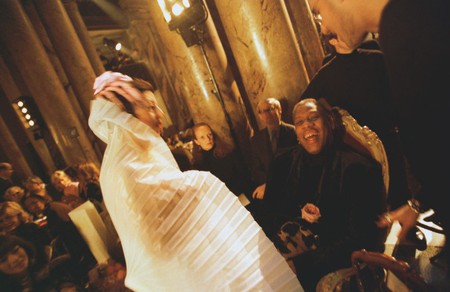 As a new tome, Catwalking: Photographs by Chris Moore, celebrating the rich and illustrious career of Chris Moore is released, Culture Trip’s India Doyle meets the photographer to talk documenting the evolution of fashion over six decades.

For an industry that has always operated in flux, fashion photography has remained remarkably constant, though the mechanisms have changed. Before the iPhone – even before the catwalk – the act of bringing what happened within the clandestine salons of couture houses to the outside world put photography in a pivotal position; an eye for those that could only engage with fashion by reading magazines in their bedrooms. Chris Moore is a fashion photographer who has seen the arc of image-making in fashion through these significant shifts. A Londoner who began his career shooting images as an assistant at Vogue, he proceeded to build the most influential catwalk photography business in the industry. 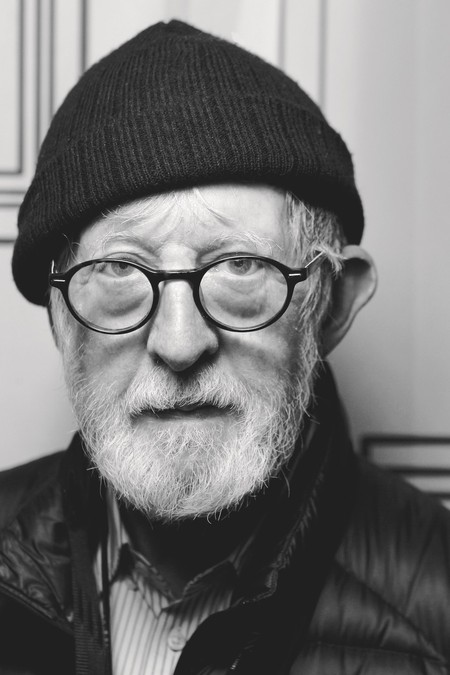 Catwalk photographer and legend of the show circuit, Chris Moore

‘I was quite close to the beginning,’ says Chris when I meet him at his north London home. ‘There wasn’t a photographer’s podium, all of the photographers gathered around the side of the catwalk,’ he begins, kicking the story of his career off in the middle of the action.

‘You could tell we were really making the journalists angry because we were in their way. We would get up on the box and then sit down – one of the side effects of this was that you had very wobbly legs for the first few days – but the journalists complained that we were getting in their way and there were one or two photographers that had problems getting up and sitting down, and they started to work a the mouth of the catwalk. And that’s how it developed into a pit or a podium.’ 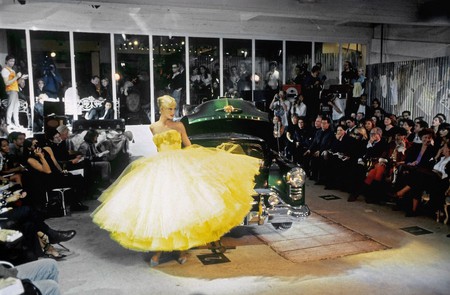 I’m here to talk with Moore about the launch of his new book, Catwalking. Offering a long overdue celebration of iconic images from throughout his career, the book chronicles the evolution of couture, to ready to wear, to the present day in which the the theatre of fashion has never been more intense – nor have there ever been so many cameras to document it.

Moore began as a photographers’ assistant at Vogue, working alongside Cecil Beaton and Henry Clarke. Leaving Vogue after he got married – ‘I had to leave, because I needed more than £6 a week’ – Chris worked at an agency called Camera Press, before assuming an insider position, documenting the shows first-hand alongside his wife, Jackie Moore, a journalist who would frequently travel to Paris to cover the collections. These initial trips to the French capital happened some years before the idea of the catwalk had begun.

‘At that time it was shooting Dior in the salon or Balmain in the salon,’ says Chris, looking back to the early 1970s. ‘You were only allowed to shoot four or five pieces, everything else was on embargo.’ But then it all changed, though not before Moore was banned from Armani’s shows by his then-publicist, who believed the photographer was working as a copyist – a telling example of just how much seismic the shifts in photography’s favour have been since the whole industry started. 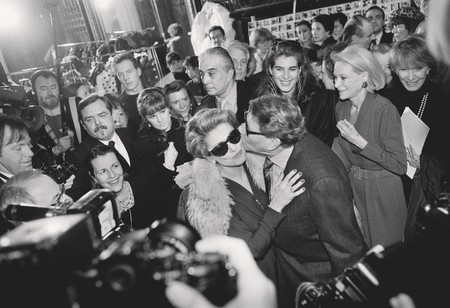 More momentous still was the move away from salons to catwalks – spearheaded by French labels such as Kenzo and Cacharel, which engendered unprecedented access to the clothes and marked a shift for the pace for fashion in general. After these initial breaks with tradition in Paris, change was quick to follow, with fashion weeks launching in London and then Milan. Then came America.

‘I remember going to New York for the first time. That was 1979. Bill Blass was always in the Pierre Hotel and I remember going there and building boxes so you could see over each other. Then there were shows in the plaza hotel, and then very often – Ralph Lauren was in his own showroom which was quite small. Calvin Klein was showing there in his salon.’

In all of this transition, Moore quickly found himself in a position to capture some of the most exciting cultural shifts of the day. Working alongside Suzy Menkes, who was critic for the International Herald Tribune at the time, the pair chronicled the best catwalk shows from around the world. Of course, it isn’t always as straightforward as it might seem. 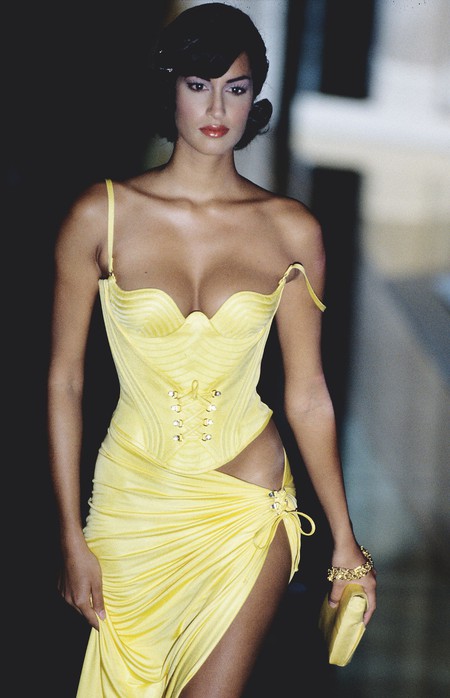 ‘First of all, you have to get in!’ he says, when I ask him about the challenges of photographing the catwalk. ‘People don’t realise that it’s a nail biting situation because if you can’t get in, you can’t produce the goods. So you learn to cope with anxiety. Then when you get in the next thing is, where’s your spot? If someone is doing the house, they have the priority, but otherwise we usually have a good spot.’

In an industry that is so reliant on social media to get its message across, I’m interested in getting Moore’s take on the changing face of the industry – is the catwalk show dead? 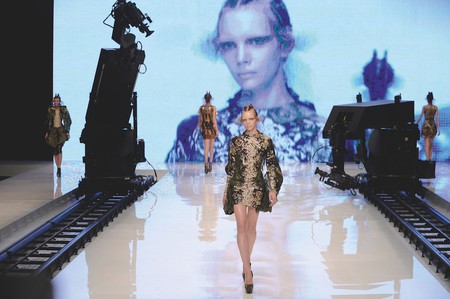 ‘People are saying “it’s all going to be finished, it’s all going to be finished”, and to a certain extent what goes on in the street has taken over from straight catwalk photography,’ acknowledges Moore, whose book also offers insight to candid moments away from the catwalk. ‘But I always feel that if you’re a designer, you’re producing your art and the way that they want to show it is on a catwalk. There are other ways, like videos, but they’re never quite the same – you don’t get the smell or the feel of the clothes.’

Instagram doesn’t seem to trouble Moore either. ‘I think Instagram is something else. I thoroughly enjoy it, I get a bit hooked. I don’t put much Catwalk on it though – I do flowers, cats, dogs, frogs!’ 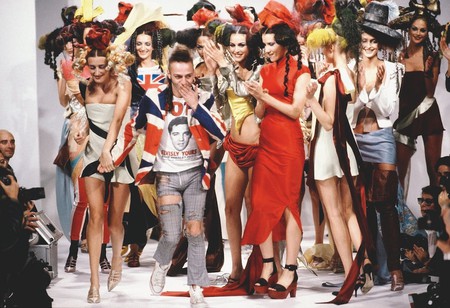 Perhaps after such a long and elastic career, the pace and flurry of the industry doesn’t phase him in the way it does to the generations breaking onto the scene now. The power of a great show, on the other hand, has always managed to maintain its impact.

‘The last show that was designed by McQueen was fantastic, wonderful music,’ He remembers of the SS09, Darwin-inspired show which featured an array of life-size stuffed animals and a video projection of the globe. ‘They can be quite special, fashion shows – special moments.’

‘This is Comme [des Garcons]’ he says of one his favourite designers as we flick through the book, taking in the range of images which highlight not only the changing trends on the runway, but also the shifts in audience behaviours on the sidelines. ‘She’d hate me saying this, but it does slightly remind me of a chicken,’ he laughs.

‘I did a collection in Tottenham in a covered market,’ he tells me, referencing the much talked about Martine Rose menswear show at London Fashion Week: Men’s back in June, ‘and it was fantastic. It was ridiculous in a way, but fantastic. You feel it in your bones.’ 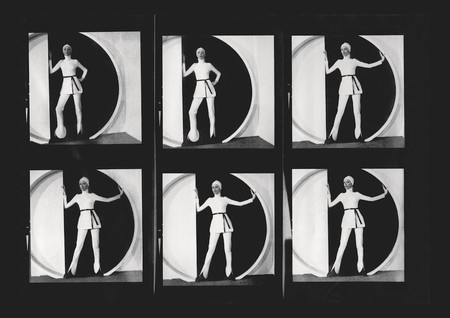 Now in his eighties, Chris Moore has seen more than his fair share of dud shows and disappearing designers too. But it’s the sense of fun, punctuated by those electric moments, which keeps him interested and behind the lens. With so many catwalk shows on the schedules now, and working across four cities season on season, does it still feel as enjoyable to set up in the pit?

‘I’m not getting tired of it! I suppose at 83 I should stop really, but…’ he tails off. You can tell there’s no way he’ll slow down. And for a man who has made a career capturing the eclectic, immutable, vibrant spirit of fashion, such an energy and determination is nothing but expected.

Catwalking: Photographs by Chris Moore is out on Laurence King now.