© Tate Harmer
Brunel’s first ever project, the Thames Tunnel, is set to open as London’s newest performance space. Once labelled the ‘eighth wonder of the world’, the tunnel from Rotherhithe to Wapping was opened 170 years ago to the general public. The Rotherhithe Shaft, designed by Marc Brunel – Isambard Kingdom Brunel’s father – originally acted as a grand entrance hall to the attraction and was an attraction in itself. Having been shut for over 150 years, the shaft will now reopen as London’s own subterranean theatre, designed by architects Tate Harmer.

The Thames Tunnel, reaching from Wapping to Rotherhithe, was not only Brunel’s first ever project but was also the only project worked on by him and his father together. The familial accomplishment was originally built to facilitate the movement of cargo across the river without inconveniencing tall-masted ships on the Thames. Work on the tunnel began in 1825, with men digging out strips four inches wide, followed by a man above and below doing the same thing. The conditions were appalling, with miners bathing in sewage and leaving exhausted after four hour shifts. The tunnel flooded a total of five times during the duration of the build, with six men drowning in the worst flood recorded.

After 18 years, the tunnel finally opened in 1843, but only for pedestrian use. By this time, the project had run out of money and was unable to afford ramps to facilitate getting the intended cargo into the tunnel. The Rotherhithe Shaft was thus made into a grand entrance hall of sorts, and the tunnel became one of the most successful visitor attractions in the world.

By 1865, the tunnel had been bought by the East London Railway Company with the intention of adding new tunnels in to link the north and south through the National Railway Network. The trains were hauled by steam engines, filling the tunnel with smoke. In 1913, the railway was electrified and incorporated into the London Underground network. It now lives on as part of London’s Overground system. 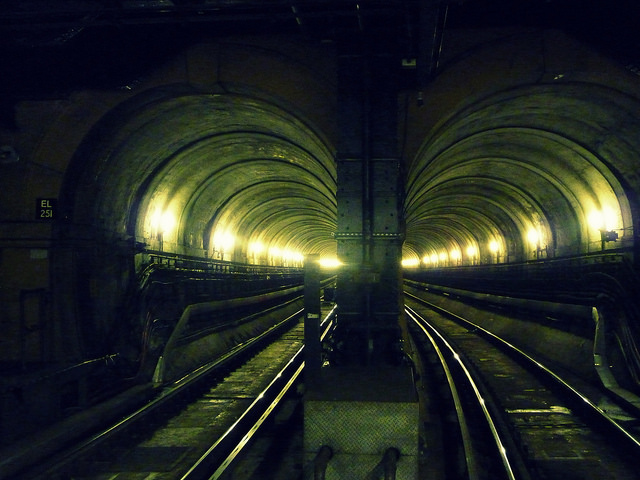 The shaft, however, has been closed for over 150 years. Originally designed by Brunel’s father Marc, this shaft was the first of its kind to be built using its own weight. Conventionally, to build a shaft, a hole would be dug and the walls lined with bricks. Instead, Marc created a tower, placing a steam engine on top to pump away the water the shaft encountered, as it sank to the bottom, to bring up the buckets of displaced earth. Weighing 1000 tonnes, the shaft slowly sank a few inches daily. By 3 June 1825, the shaft had just two more feet to go but refused to move any further. Marc turned the engine off, the earth again began to soften and the shaft was completed. 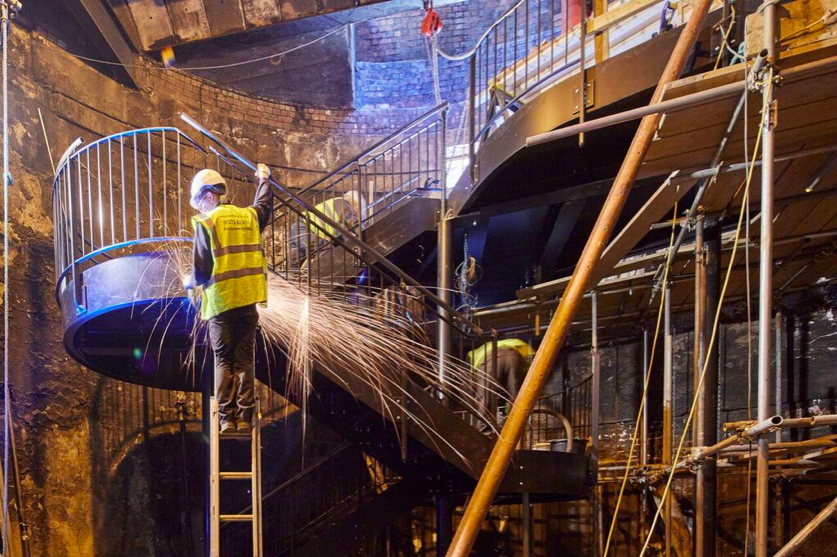 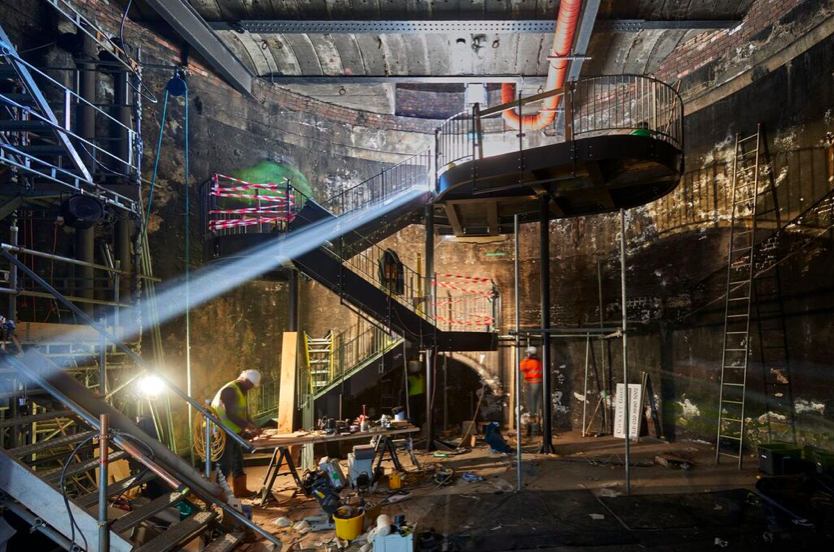 Over 190 years after construction began, the Rotherhithe Shaft in the Grade II listed building is set to reopen next month. Once a grand entrance hall and one of the greatest visitor attractions in the world, architects Tate Harmer have transformed the historic site into an underground ‘cavern of theatre’. The idea behind it supports the plans by the Brunel Museum, to give the public wider access to the Brunel legacy and its industrial heritage. The project, funded by the Association of Independent Museums and the National Heritage Landmark Partnership, has allowed Tate Harmer to utilise the former space and structure and create a newly and fully accessible underground space for specific events and performances.

The Rotherhithe Shaft, having provided ventilation for the steam trains and later sealed off for the Underground, now exists as a separated and raw space, complete with atmospheric smoke-blackened brick walls. Architects Tate Harmer have designed a stand-alone staircase, completely independent from the original historic structure, providing new access into the shaft.

Robert Hulse, director of the Brunel Museum comments that ‘Brunel was a showman as well as an engineer,’ describing the design as a perfect showcase of his work. 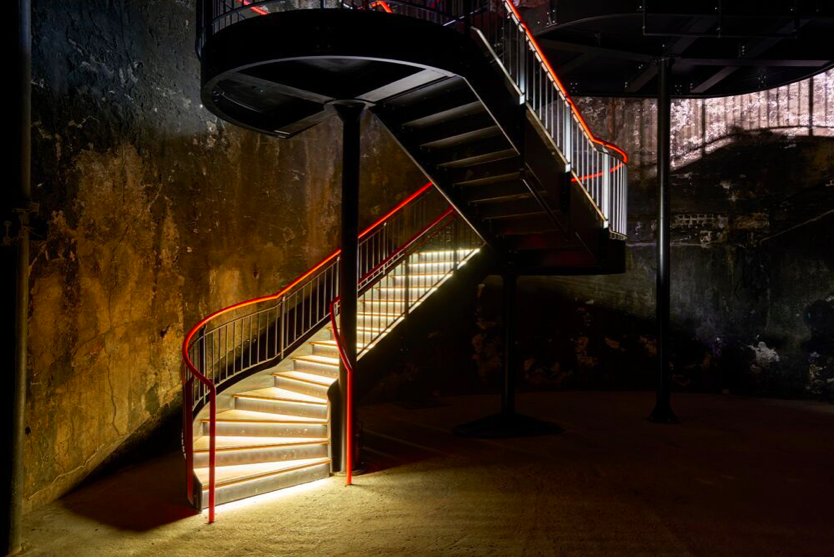