In an aim to narrativise the turbulent fallout of the 2016 referendum, a new genre of Brexit literature is emerging, reminiscent of classical 20th-century dystopian fiction.

In the introduction to Brave New Worlds (2012),an anthology of dystopian stories collated and introduced by John Joseph Adams, he writes: ‘Whether or not a society is perceived as a dystopia is usually determined by one’s point of view; what one person may consider to be a horrible dystopia, another may find completely acceptable or even nigh-utopian.’

The Brexit vote in 2016 was one of the most divisive moments in Britain’s political history, with the result triggering despair and elation in equal measure, depending on who you asked. In this way, the Brexit exercise occupies both a utopian and dystopian space in the collective consciousness. Ali Smith’s novel Autumn (2016),heralded as the ‘First Great Brexit Novel’ by The New York Times, perfectly captures this split in the nation’s political psyche:

In light of this polarity, how are we to narrativise the turmoil? Who will write the era-defining novel? It is hard to imagine any one writer emerging as the spokesperson for Brexit, as say Aleksandr Solzhenitsyn was for the Gulag experience during the Soviet Union. Up to this point, Brexit fiction has coloured the referendum’s outcome, with a mildly dystopian tone. Adams’s definition of a dystopia is a helpful lens through which to explore these texts:

‘In a dystopian story, society itself is typically the antagonist; it is society that is actively working against the protagonist’s aims and desires. This oppression frequently is enacted by a totalitarian or authoritarian government, resulting in the loss of civil liberties and untenable living conditions, caused by any number of circumstances, such as world overpopulation, laws controlling a person’s sexual or reproductive freedom, and living under constant surveillance.’

In Ali Smith’s AutumnandMohsin Hamid’s Exit West (2017),widely regarded as the two major post-Brexit novels currently in print, there is no totalitarian government, but the iron fist of uncertainty offers a different kind of oppression, for residents and immigrants alike. Living conditions are untenable not out of scarcity of resources, but out of an inability to form coherent narratives about the present. In Rachel Aviv’s piece for The New Yorker, ‘The Trauma of Facing Deportation’, she recounts the curious phenomena taking place among Sweden’s immigrant communities, where hundreds of children fall unconscious upon being told their families will be forced to return home. Traumatised by political uncertainty, their bodies essentially shut down in response. 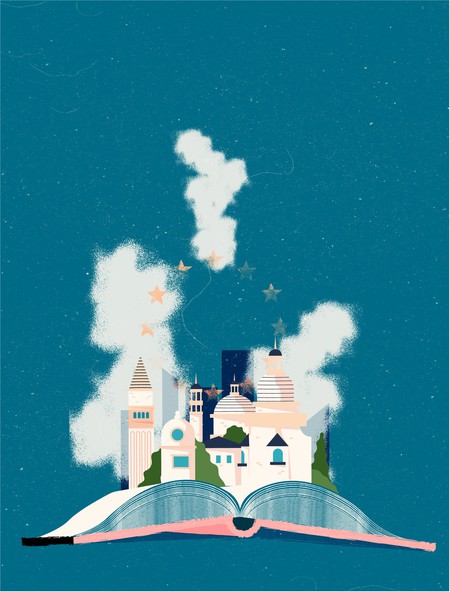 She writes: ‘Mental well-being, Antonovsky theorises, depends on one’s belief that life is orderly, comprehensible, structured, and predictable. Antonovsky suggests, as Freud did, that psychological illness is born of narrative incoherence, a life story veering off course.’ It is this kind of narrative incoherence – present in the folds of Brexit – that lends its literature a dystopian quality.

In an interview with The New Yorker regarding her short story ‘The Lazy River’ (2017), Zadie Smith said: ‘I never thought of it as a story about Brexit. I thought of it as a story about despair: personal, political, historical, and cultural despair. But I can see how Brexit is filed into that category in my mind. The idea of a generation beneath you facing a narrower world than the one you knew yourself: that’s certainly one definition of despair.’

Smith’s response highlights the personal and the political are more intertwined than ever before, illustrating how uncertainty on a national level can be transposed onto that of an individual. In this case, it is not reproductive freedom that is limited as in true dystopian fiction, but Smith’s assertion reflects a growing sense that subsequent generations will suffer from a sequestered consciousness which precipitates a similarly apocalyptic dread.

So what ripples can we expect from writers in 2018? Publishers have announced various titles that will undoubtedly shift the dial of Brexit literature: Picador are publishing a collection of poems by Sean O’Brien in April, that explores how ‘our futures will be determined by what we choose to understand of our own European identity’; Rachel Cusk’s Kudos tells the story of a female writer visiting a Europe in flux; while Olivia Laing’s Crudo explores love in a time of despair, set in the summer of 2017 in a Tuscan hotel and a ‘Brexit-paralysed UK’.

While the conversation around Brexit provides constant political inspiration for writers, it’s also a volatile source of material, changing week to week, making it even harder to narrativise and make sense of. Perhaps the work done to understand it right now will only become clear in the future when viewed through an adjacent lens, an idea supported by Stig Abell, editor of The Times Literary Supplement:

‘Look at the book that’s done brilliantly since Trump became president, that’s 1984. George Orwell wrote Animal Farm about communism, he made it a fable, so I think what we’ll probably see is the tone of Brexit might get transmuted into other things but it’ll be there.’

It is promising that writers are tackling the subject and confronting the uncertainty of Brexit through fiction. The Brexit vote was one that straddled a multitude of issues from the concrete to the abstract: immigration, the economy, employment, trade, identity, historical significance. Knowing this, exploring its fallout is an exercise that can only be carried out by employing various forms, beyond tabloid journalism. Brexit was talked about, debated and analysed ad infinitum,but it was also felt. This is a space that fiction can own.

In an interview with John Freeman and published by Literary Hub, Mohsin Hamid spoke of the importance of looking back, but also gazing forwards, as a way to build collective understanding: ‘Mass movement is the history of our species and it is the likely future of our species, and maybe, just maybe, our grandkids will enjoy that future far more than our grandparents enjoyed the past. I’m a novelist, so I believe there’s more to storytelling than just memoir. There’s more than just looking back. We can remember where we’ve been, but we can also imagine where others might go.’