Breaking Through The Language Barrier: Interview With Musician Joe Driscoll

From different cultures and musical backgrounds, and without a common spoken language between them, Guinean Sekou Kouyate and American Joe Driscoll unite together in their album Faya. The duo have fused together both of their vast musical influences to create a unique sound that cannot be described as one single category. Sarah Mitchell interviews Joe Driscoll about the duo’s inspirations and methods. 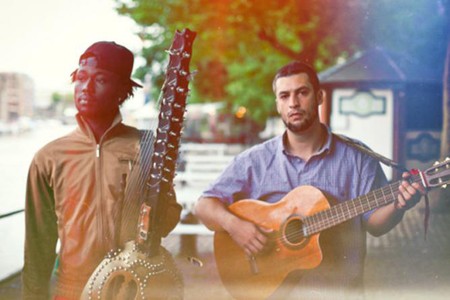 ‘He doesn’t speak any French, and I speak no English… but through music, we understand.’ – Sekou Kouyate

In the port city of Marseilles – home to many a nomadic soul – NY beatbox, blues and hiphop legend Joe Driscoll first met Guinean Kora star Sekou Kouyate. The two were paired up to collaborate at the French festival ‘Nuit Metis’ (Nights of Mixed Race), and though they shared no common spoken language, they encountered no obstacles communicating through their music. After a few weeks of improvising and jamming, they had found a spiritual and musical bond of kindred spirits. Faya, the resulting album is a fusion of afrobeat, hip-hop, folk, and reggae that defies simple tags or descriptions.

In their recent 2013 UK tour, Joe and Sekou captivated the crowds. At their London gig last March 16th at Rich Mix, they played with a full live band and supported from the explosive 10-piece Reggae, Hip-Hop and Afro-Beat sensation Nubiyan Twist, live electronics blended with percussion made from water from H2Drop, and Wormfood’s Bobby Gandolf playing a mixture of African music, dancehall and global party styles.

To learn more about this amazing partnership, we speak with Joe Driscoll. 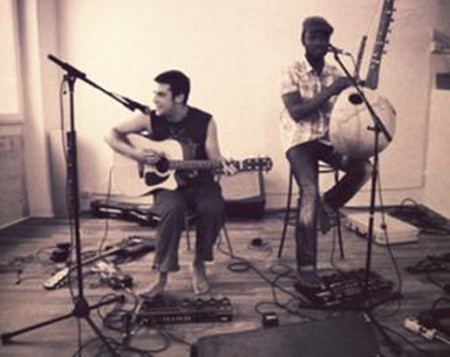 We are interested in how you got to where you are now, especially considering the language barrier. What is it like having music as your common language?

It’s definitely been a challenge at times, explaining ideas and definitely stressful at times with sorting logistics. We’ve both been learning little bits of each other’s language along the way. Still, it’s quite nice at times to have music as the main way to communicate. Cuts out most of the small talk and keeps things to the essentials.

After you were paired to collaborate at the Nuit Metis festival in France, can you tell us about working together in the early stages and how you developed since?

In the beginning it was just Sekou and I making up loops on my Boss pedal. That’s how we wrote the first album, and recorded it with just the two of us. The biggest development in the project so far has been the addition of Jimbo on the drums and John on the bass. They’ve added a whole new dimension and flavour. The chemistry continues to evolve.

With different cultural backgrounds and musical styles, how would you say you compliment each other? What elements are uniquely your own, and how do you make them work together to form new sounds?

We’ve been raised in very different cultures in so many ways, but we share a lot of the same interests musically. Sekou was raised in the African rhythm and traditions, yet has always had a passion for reggae, hip-hop. I’m kind of the other way around. At the heart of it, we both just make the noises we love; we listen to each other, and try to flow in harmony.

We would love to learn about the process that went into making your Faya album. What were the main inspirations?

I think we just bounced off each other in so many ways: rhythmically, melodically, with craftsmanship. Through this, we found we had a language between us, and friends that helped us translate. We found that philosophically we were on a lot of the same pages as well. It was inspiring to explore. And of course for me, Sekou’s playing has really inspired me and pushed me to write and record more. 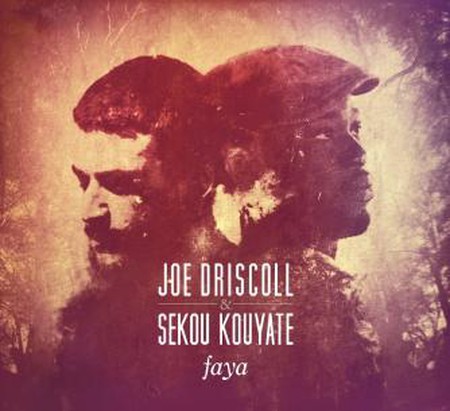 Some of the songs in Faya comment on social issues like immigration, passport control, poverty and inequality. Why did you choose these? And what role does music play in spreading messages like this?

We wrote about things that we knew and experienced, things that were important to us. We’ve both travelled the world extensively, so dealing with these issues was a very important part of the experience. We had things we wanted to say about them. The message is the seed. Some people just enjoy the fruit, but we try to spread the seeds with a positive vibe.

Your newly released single ‘Faya’ bridges together different genres of music, pointing to similarities over boundaries. What do you think this represents about music and culture today and where it can go in the future?

I think stirring different cultures together is an excellent way for artists to expand their boundaries. Finding the common ground between artists of different styles is where some of the truly amazing accidents can happen. I think you are seeing more and more of it these days, technology and world travel being what it is. Hopefully it can demonstrate that our similarities are many, and that our differences can definitely be used as strengths.

You must have a collection of rich experiences from around the world. What has been your favourite or most memorable?

I think Sekou and my favourite so far was the Rift Valley Festival in Kenya. It was such an amazing festival site, on the beautiful fresh water Lake Naivasha. The amazing landscapes, all the other amazing bands; it was really a blessing to be able to travel there and play for the Kenyan people. We filmed our video ‘Passport’ there. A very good time was had by all.

Finally, where do you think your collaboration will take you next?

We’ve got so many shows booked up through the summer, so I know already – it will take us for a spin around the world! I really look forward to getting back in the studio with the full band for the next album, and seeing what sounds we will make next. I’m not sure exactly where it will take us, but I’m excited to find out.