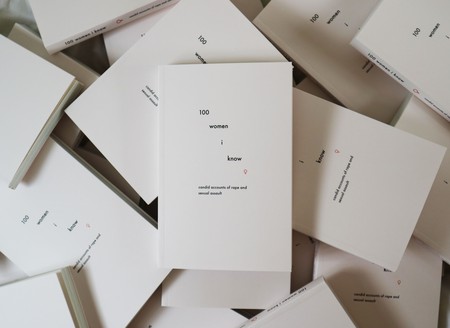 London-based Break the Habit Press was set up to support “unheard” and “under-represented” voices. Their new book 100 Women I Know documents women’s experiences of rape and sexual assault with a rare and moving candidness.

When Phoebe Montague sent out a questionnaire to 100 women she knew, asking them about their experiences of rape and sexual assault, 92 answered with stories to tell. What began as a university project for Montague’s undergraduate degree grew into an award-winning short documentary, opening up the conversation around sexual violence and creating a community of survivors.

Shortly afterwards, Montague was approached by Break the Habit Press, a newly launched independent publisher looking to explore pressing issues such as the ones her documentary had exposed. 100 Women I Know – a collection of unsparing retellings of rape and sexual assault – would become Break the Habit’s first book.

“It was a combination of luck and frustration,” says Break the Habit co-founder Becca Souster. “Luck in that we knew an incredible woman, Phoebe Montague, who is on a mission to change the conversation on sexual violence. Frustration, because after seeing her original research for 100 Women I Know and reading through these raw and honest accounts, it became evident that rape and sexual violence is more common among the people we know than we could have ever known.”

The book is centred on these personal stories, but statistics about gender issues and photographs of women are interspersed throughout. It also contains quotes in large font, mainly citing things the women’s perpetrators said, including all too-common refrains of forced sexual practice and seduction. As such, the book emerges not only as an archive of personal testimony, but a chorus of voices exposing the commonality of women’s sexual experiences as well as the unknowing and knowing sexual violence of men. “We needed to respect each woman’s voice while simultaneously showing the patterns in behaviours of both the survivors and the perpetrators,” says Souster. 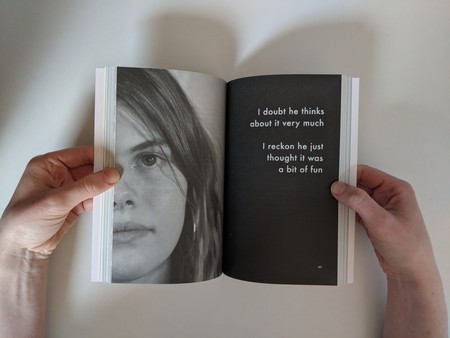 The book was published on International Women’s Day of this year, arriving at a time when the #metoo movement had been gathering momentum for many months. “We had already started work on the book before the #metoo movement really erupted. By that point, because we’d read so many experiences, it wasn’t shocking to us. It’s impacted us in the sense that it further confirmed this book was really important because it tells the stories of women who don’t usually have their voices heard,” says Break the Habit’s other co-founder, Kezia Bayard-White. “The #metoo movement has been fantastic at opening the conversation up and we wanted to continue that.”

While #metoo’s merits remain contested among certain social commentators, the movement has, crucially, brought men further into the discussion, framing sexual violence as part of a systemic issue, as opposed to an isolated phenomenon. In their introduction, Bayard-White and Souster emphasise that their project in no way seeks to vilify men, but sheds light on how intimately connected male identity is with sexual dominance. Promisingly, Break the Habit has discovered that it is not just women who are reading the book, but men too. “Even though all of the reviews we’ve had are from women, the direct sales on our website are very mixed – around 50 percent of the buyers have been men, which is really encouraging,” says Bayard-White. 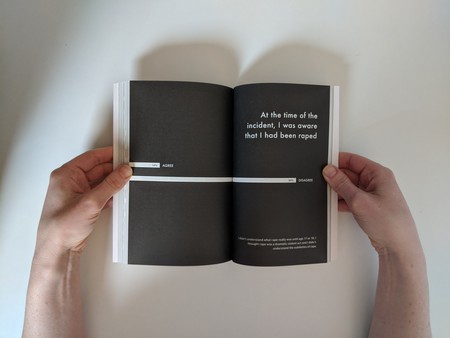 With independent bookshops enjoying an increasingly robust state of health, there are now more opportunities for progressive independent publishers such as Break the Habit to influence the cultural conversation. Their recent event at London bookshop Libreria saw a crowd of people huddle inside the shop’s modest confines to watch Montague’s documentary and hear readings from the book. What was overwhelmingly apparent from the victims’ stories was the collective lack of awareness around what in fact constitutes sexual assault and rape, something that Souster and Bayard-White are looking to tackle. “It’s difficult to comprehend the extent of the problem when there is a lack of understanding of what rape is,” says Bayard-White. If society’s collective ignorance is concerning, the public’s hunger to have these conversations is cause for mild optimism.

Break the Habit have three new projects lined up, all of which will continue to encourage discussion around sex, gender and identity, and how the three intersect. The first is a book called Period., written and illustrated by Natalie Byrne. “It’s a book we all wish we’d had when we were younger, explaining periods, busting myths and giving practical and emotional advice,” says Bayard-White. “The other two titles are yet to be announced, but watch this space.”