The Best Things to See and Do in Catford, London 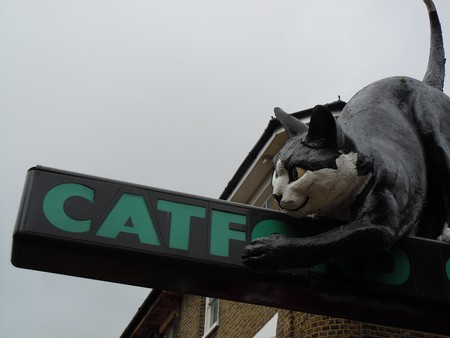 Over the past decade, Catford has transformed into a buzzing South-East London suburb, but interestingly has avoided gentrification, unlike neighbouring locations such as Crystal Palace. While Catford’s high street may have a modest selection of shops, the area offers a plethora of restaurants and bars for visitors. If you’re interesting in visiting this affordable London borough, here are the top things to see and do in Catford.

Mingle with locals at the Catford Constitutional Club

The Catford Constitutional Club (also known as CatCon) is Catford’s drinking hotspot; formerly an old gentleman’s club, the re-vamped venue is now loved by locals looking to hangout. Located in a small alley set back from the bustling Catford Broadway, it’s sandwiched between Catford Bridge Rail Station and Lewisham Town Hall. The building’s decor oozes a shabby-chic vibe, with original fittings and fixtures as well as colourful bunting, and two spaces are on offer – a candlelit dining area and a cosier drinking spot. CatCon rotates a variety of great beers and ciders from all over the world and is also known for its tasty Sunday roasts.

Indulge in some shopping at Catford Street Market

Catford may not have the best high street shops, but the Catford Street Market certainly embodies the area’s creativity and diversity, boasting all kinds of items from spices and fresh fruit to other bric-a-brac-style stalls. Local traders regularly tempt visitors with their unique offerings, selling all things from flowers and plants to kitchenware and clothing. Catford Street Market is the perfect spot to eat, shop and wander – it’s also great for soaking up the South-East London area’s community spirit.

Soak up the area’s history at Broadway Theatre

One of the oldest theatres south of the river, Catford Broadway Theatre has survived while many other South London theatres have closed their doors to the public. The historical venue has served many purposes over the years; it acted as a town hall in the early 20th century and was used as a concert hall in the 50s and 60s. Now, thanks to a £2.3 million refurbishment in 2001, the venue boasts beautifully restored art deco features, giving it a luxurious but retro feel. 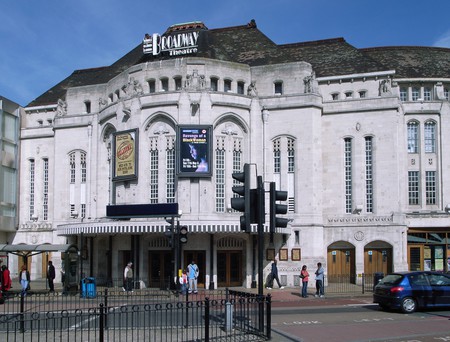 Grab a pint at the restored Catford Bridge Tavern

Located just steps away from Catford Bridge Station, the drinking spot has been a hit with locals since its reopening in 2017. The original Catford Bridge Tavern was destroyed by a fire in 2015, wherein a crew of 60 firefighters battled for almost five hours as the blaze spread through the three-storey pub. The regenerated venue boasts its traditional mock-Tudor style with wooden floors and tiling around the bar, plus bench seating and raised booths with an open-view kitchen.

Take some snaps of the enormous Catford Cat

For South London locals, an iconic part of the Catford landscape is the enormous fibreglass cat that sits on top of the entrance to the Catford Centre. Built in 1974 as part of the Catford Centre development, it’s fair to say the statue dominates the town centre, and no trip to Catford would be complete without a snap of the famous moggy. However, it would appear the Catford Cat has not been to everyone’s tastes. Over the years there have been talks of demolishing the famous feline, much to the dispute of proud locals who protested to one petition with over 2,000 signatures.

The public park may not be the most extravagant in the borough but it does offer great views over Catford and Crystal Palace in the distance. If you want to take a leisurely scenic stroll, Mountsfield Park is also home to ornamental gardens and a bandstand. It is an understated park space compared to its South London competitors, but the exceptional views across the city make is a great spot for any Catford visitor.