The most prestigious event in London’s fashion calendar has come to a close (at least until September) and the streets suddenly seem a little less colourful. Why? Because Fashion Week is no longer just about the shows, but the style outside of them as well.

Tradition dictates that it’s the runways and the creatives behind the collections that dictate next season’s trends, but in today’s fast-paced environment, it feels ever-more tempting to take inspiration from the looks that we can wear now as opposed to in six months’ time. Here, we present some of our favourite attendee ensembles of the season and tell you exactly where to shop the look.

Plus, you can discover the best street-style looks from New York Fashion Week here. 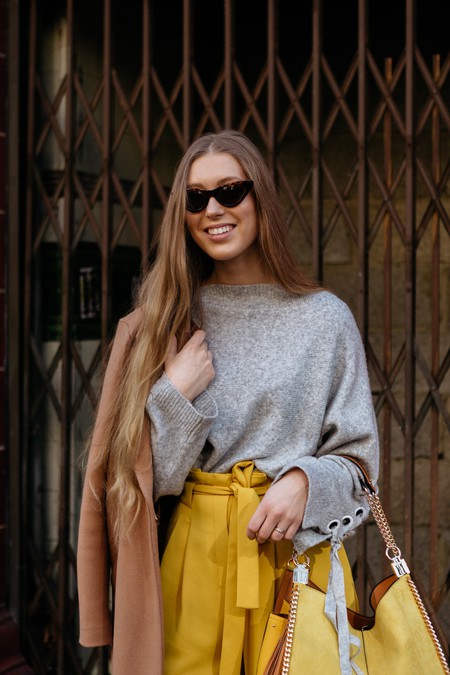 If there’s a single colour to covet for SS18 then it’s canary yellow, and that’s perhaps thanks to the likes of Ganni and Tibi who both introduced this riotous colour across their SS18 collections along with a healthy dose of cheerful connotations. Trousers are a strong way to work the look if you don’t suit the hue too close to your face. 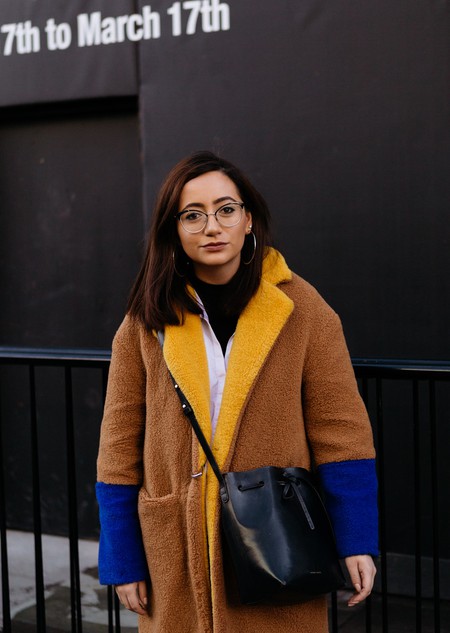 Outerwear’s exaggerated proportions bear relevance come rain or shine, so combat the city’s interchangeable climes by shrugging a cocoon coat over the shoulders of a layered look. This colour-block iteration from Mango offers an effortless way to make an impact. 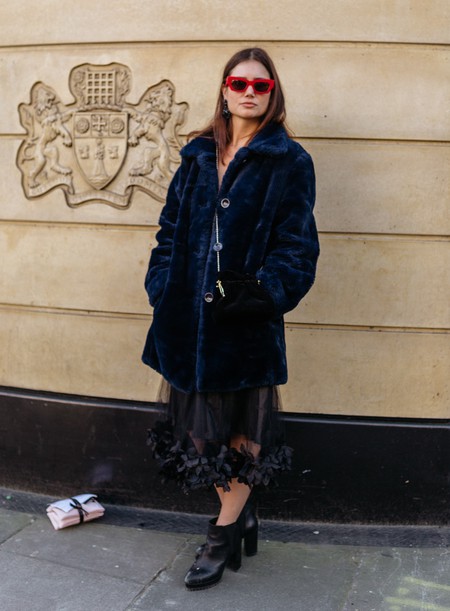 Textural plays prove that there’s nothing boring about black and blue, and a fusion of faux fur and lace makes for a feel-good clash that’s not only decidedly tactile but understated enough to allow for styling experimentation elsewhere as well. 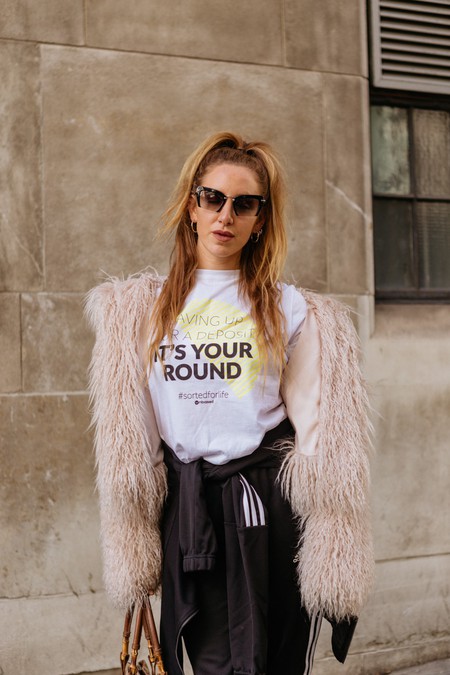 Traditionally saved for hipsters repping the ’90s, and now a social media dream, the slogan tee is a new-season mainstay and its message is simple: sports-luxe just got cool. We’re in favour of lighthearted captions as they’ll soften the appearance of everything from a sharply tailored blazer to vintage-inspired tracksuit bottoms. 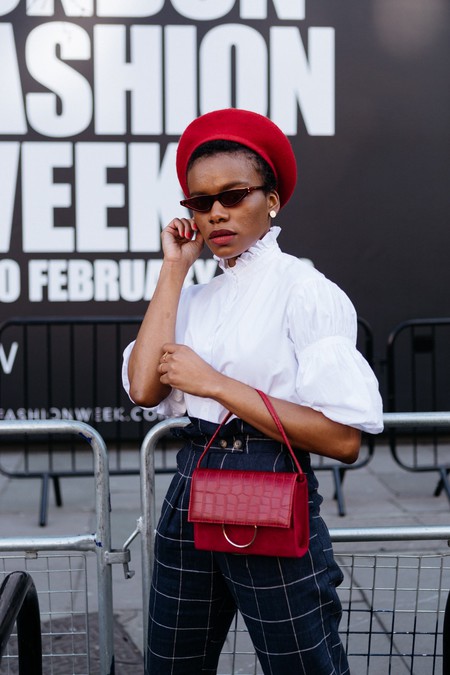 When it comes to accessories, rainbow brights are a non-negotiable this season, and same-colour co-ords make for a considered combination that hints at style from decades gone by. If you’re brave enough, try the beret – an item that has found its way into just about every accessories’ edit of late and one that will lend any outfit that desirable fashion-forward twist. 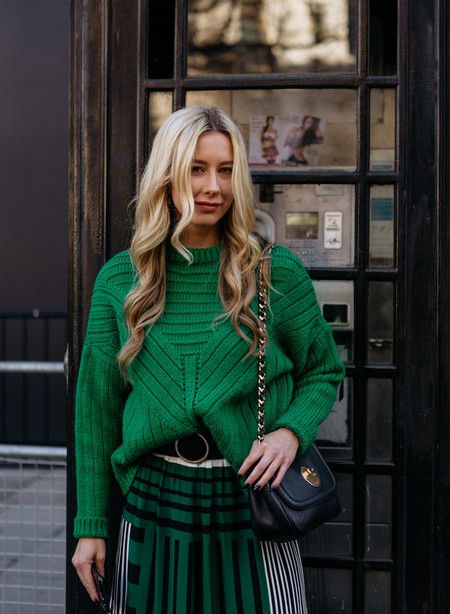 Verdant hues get the green light for spring, and while pastels may well have made their mark on the runways in recent seasons, it’s bolder, brighter shades that we’re championing in order to make a strong statement. Vivid colour-blocking works to transform a knife-pleat midi skirt from feminine to fashion-focused. 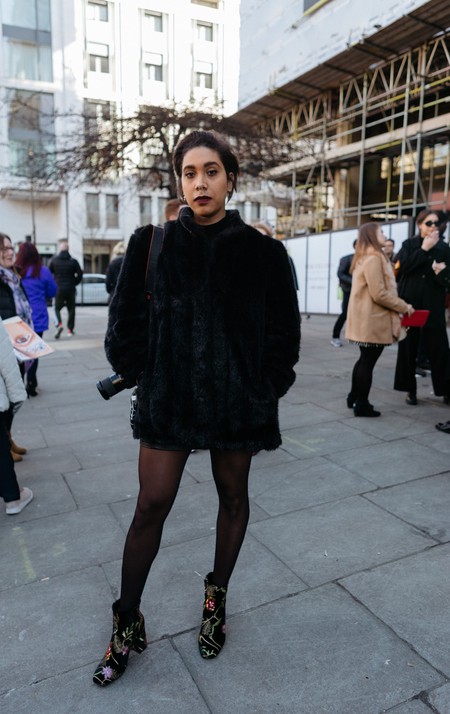 Botanical detailing is forever a key spring/summer pattern, but there’s a contemporary take on the look this season and it captures off-duty cool as opposed to classic femininity. Embroidered detailing – namely on block-heel ankle boots – will inject an all-black look with colour in the most wearable way possible and mimic the aesthetic spotted on British style icon Alexa Chung. 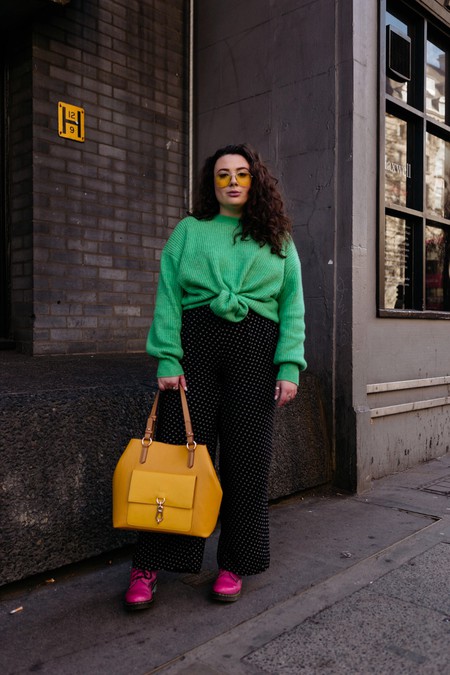 If there’s a simpler way to lend looks a relevant twist then we’re yet to find it; knotted or twisted detailing is SS18’s easiest update to make. Whilst it’s a key design feature for many new-season styles, it’s also something that can be achieved with your existing wardrobe, so what’s not to love? 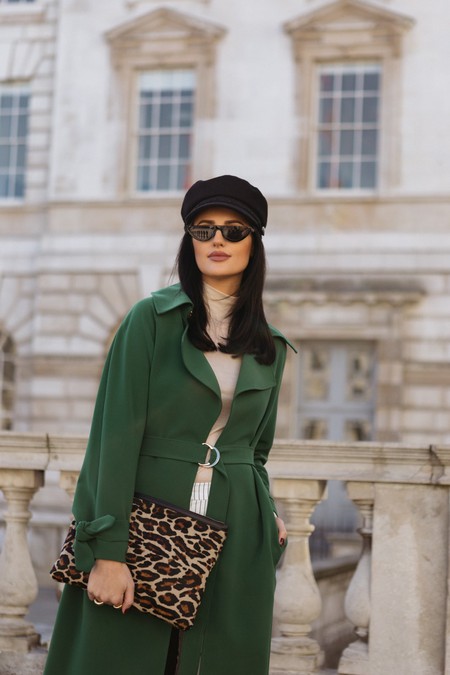 Leopard-print devotees rejoice, for the classic pattern lives on this season. It comes applied to everything from sheer-chiffon maxi dresses to satin shirting and, of course, the most wearable look of all: accessories. If you’re keen to flirt with the idea but you’re not quite ready to commit to the statement, an oversized clutch is a chic way to work it. 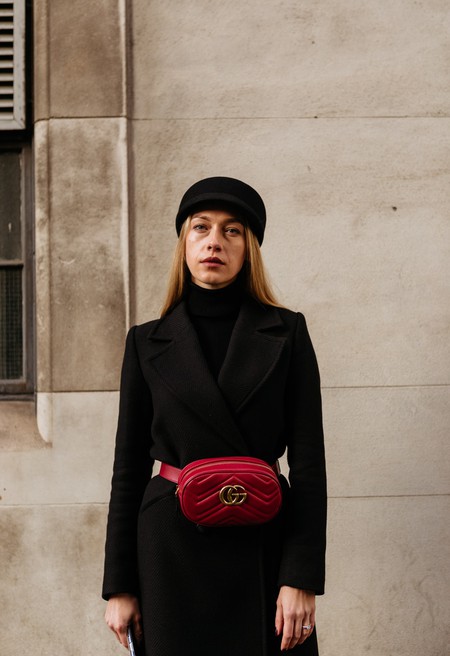 The bumbag’s covetable comeback has now earned its status as an imperative addition to just about any Fashion Week wardrobe. The key to mastering the look like an industry insider? Let it steal focus by teaming Gucci’s colour-pop styles with an all-black look.