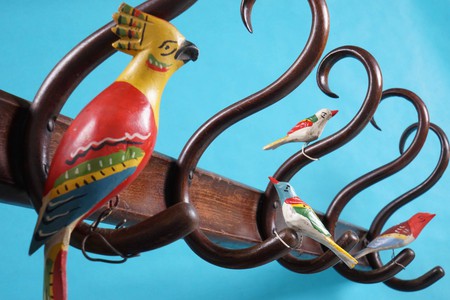 South London has an abundance of antiques shops, selling just about every antique imaginable – from marble fireplaces to Georgian kitchen cupboards and Victorian radiators. Here’s our guide to the best antiques shops south of the Thames.

Take a trip to this ‘cave’ of curios. The self-described shop of ‘thrifty finds, reclaimed doors and architectural salvage’ is packed with hanging chandeliers, sinks, antique fireplaces, Victorian radiators and other reclaimed goods. The store itself is a landmark in the south London roadside, with the entranceway made up of stacks of second-hand furniture and creepy mannequins. 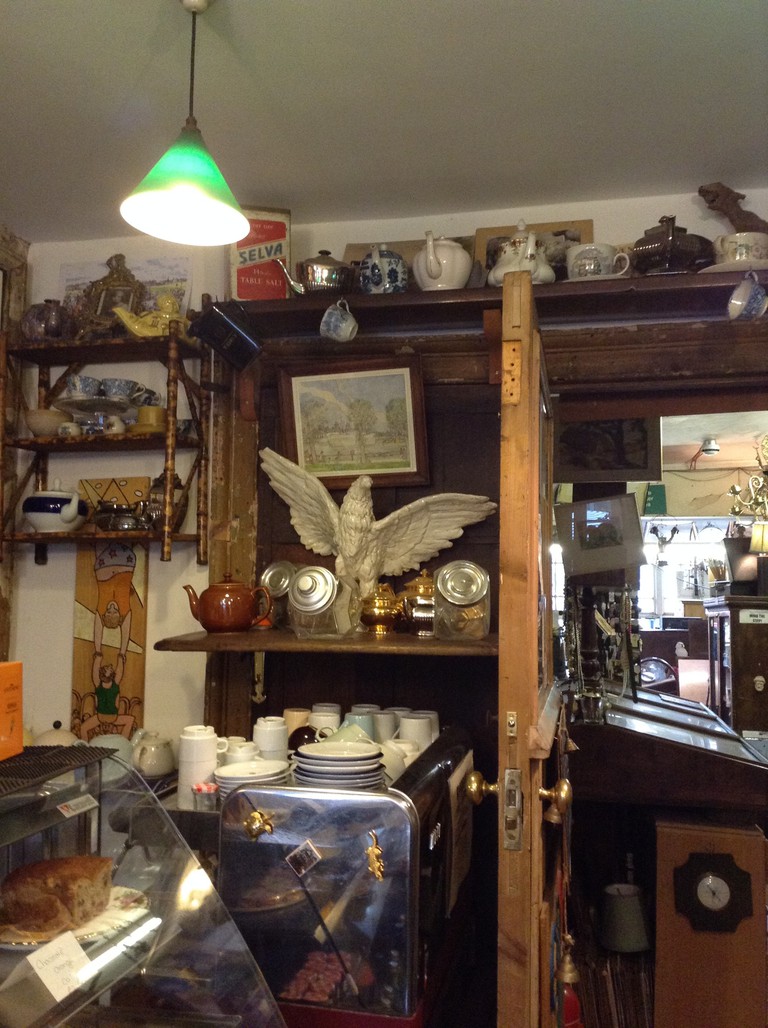 The tea shop at The Junk Shop and Spread Eagle | Courtesy of The Junk Shop and Spread Eagle
This quirky shop in Greenwich is packed with antique furniture, lighting and collectibles. The shop is run by Toby Moy, who comes from a family of antiques dealers (his father Dick set up in the shop in 1954), so you’ll be in expert hands. Make sure you check out the tearoom at the back of the shop, too.
Open In Google Maps
The Junk Shop, 9 Greenwich South Street, Greenwich, London, England, SE10 8NW, United Kingdom
Give us feedback

The London Architectural Salvage and Supply Co. (Lassco) is well-known for its architectural antiques and vintage furniture. Shop here for limestone and marble fireplaces, garden statues, ornate chandeliers and reclaimed oak flooring. Lassco has two branches in South London, on Maltby Street and in Brunswick House, as well as a store in Oxford.

Modern Shows was set up after a one-off show by founders Petra Curtis and Lucy Ryder Richardson nearly sold out in its first day. The small business runs several shows, each comprising a carefully curated selection of mid-century modern furniture and other 20th-century design classics, including wallpaper, ceramics and cushions. The next London show, called Mid-Century Modern, will be held in Dulwich College, mainly in the Brutalist-designed Christison Hall, in March. 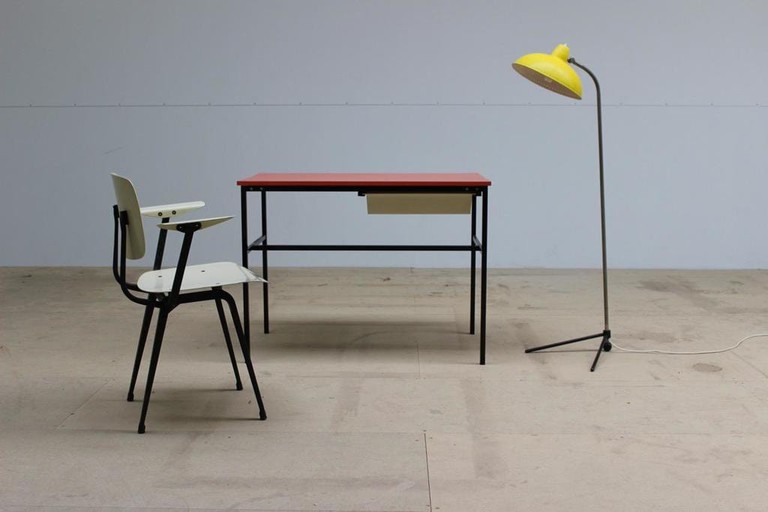