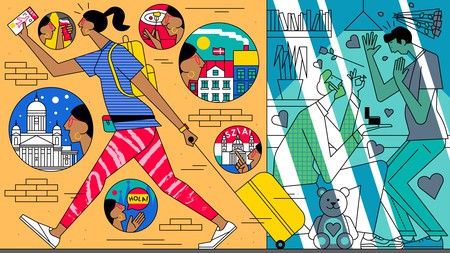 Sick of romantic clichés? Exhausted by the thought of heart-shaped chocolates? Enraged by the sight of canoodling couples? If so, escape to one of the five European cities Culture Trip has identified as the best for a non-Valentine’s Day escape.

While it’s true many European cities have fallen victim to the hypercommercialisation of Valentine’s Day, some have held out against the tide of pop romanticism. Without pandering to the overly sentimental clichés of the holiday, these cities – chosen using a mixture of Culture Trip user data and editorial expertise – offer a great selection of bars, restaurants, cultural sites and activities that you can enjoy in your own non-Valentine’s Day way.

Prague is a textbook of architectural ingenuity. Featuring Gothic, Romanesque, Art Nouveau, Baroque and numerous other styles across its cityscape, it is among the most picturesque cities in the world. Other beautiful cities lend themselves too easily to romantic clichés (see: Paris, the City of Love) but, as long as you stay away from the Disneyland-like Old Town, which brims with tourists and knick-knacks, your experience of Prague will likely be completely Valentine’s free.

Start outside the Old Town, where the throngs of tourists thin to a trickle and disappear. Prague 3 offers a range of eclectic places, such as Bukowski’s Bar, named after the author Charles Bukowski, and Žižkov Television Tower, with its giant, creeping baby sculptures, where you can sip a latte while looking out over the city. Alternatively, head over to Prague 7 and Bio Oko, the funky movie house where you can lounge in a beach chair, drink a beer and watch a top independent film.

With fun and friendly locals, and a seemingly interminable selection of good beer and hearty food, Prague is undoubtedly the best place to escape Valentine’s Day. 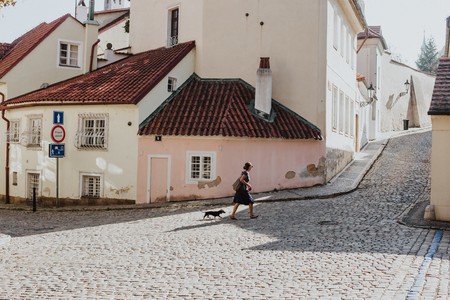 Scandinavia has remained incredibly resilient to the Valentine’s Day fervour that pervades American and British pop culture. Scandinavians, in general, just don’t care, and nowhere is this attitude better represented than in Copenhagen. With cheap flights from most of Europe and a sophisticated culinary scene, not to mention a selection of bars and underground clubs, it’s a great place to disappear to for Valentine’s Day.

If you really want to ensure a day devoid of roses and red, jump on the anti-establishment wagon and head to Copenhagen’s anarchist stronghold: Freetown Christiania. The area offers an assortment of quirky restaurants, cafés and, on the weekends, live-music events.

You can also explore the city’s Meatpacking District (Kødbyen), where old slaughterhouses have been converted into a medley of hipster bars and restaurants. If big conversation-facilitating communal tables are your jam, try Neighbourhood, an Italian restaurant and bar in Vesterbro, one of the city’s hippest districts. 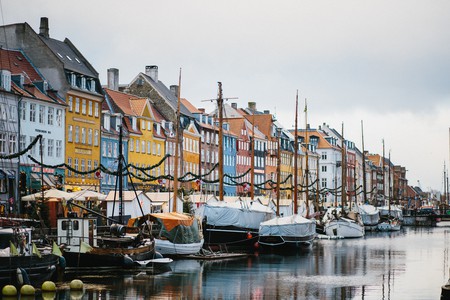 In Finland, Valentine’s Day is a celebration of friendship rather than anything romantic. Helsinki, sometimes referred to as the Pearl of the Baltic, may be a small city – it has a population of just over 630,000 – but it is home to an array of world-class design studios, art galleries and music venues, as well as an expansive selection of restaurants and a burgeoning beer scene.

So, whether you spend your days soaking up the tranquility of the Kamppi Chapel, sweating away in one of the city’s innumerable saunas or dining in a prison, Helsinki is a great place to escape the soppiness of Valentine’s Day. 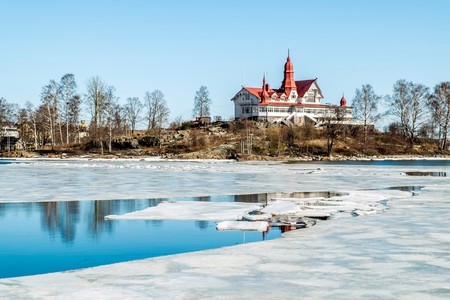 Thankfully, Valentine’s Day is a relatively new holiday in Hungary that still hasn’t fully caught on, leaving the capital relatively unadulterated by its presence.

If you really want to obliterate any trace of Valentine’s Day from your mind, head to the House of Terror, which hosts exhibitions about the communist and fascist regimes that ruled Hungary during the 20th century, and tour an old prison used by the country’s secret police. Otherwise, escape the crowds with a quick trip to Buda Hill for splendid views of the city and the surrounding countryside. 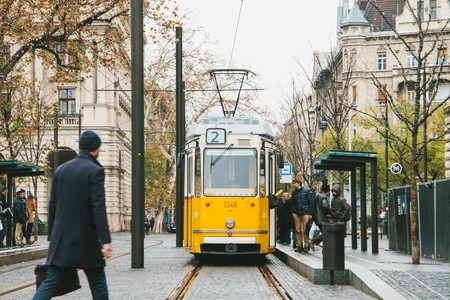 Barcelona has maintained a long relationship with anarchism and revolution. It was a bastion for anarcho-syndicalism during the Spanish Civil War, in which its residents organised and fought against Franco and the Nationalists. You can still find remnants of this collectivism, including its squatter scene and its latest experiment in radical democracy: municipalism.

In Catalonia, the equivalent of Valentine’s Day – St George’s Day – is celebrated on 23 April, when people exchange gifts of roses and books. Barcelona offers everything from beaches and ornate buildings, such as the Sagrada Familia, to top-tier restaurants, bars and music venues.

So, whether you are hanging with friends or travelling alone, Barcelona offers an illimitable list of things to do, ensuring that not a moment will be ill-spent and that you’ll return having completely forgotten about Valentine’s Day. 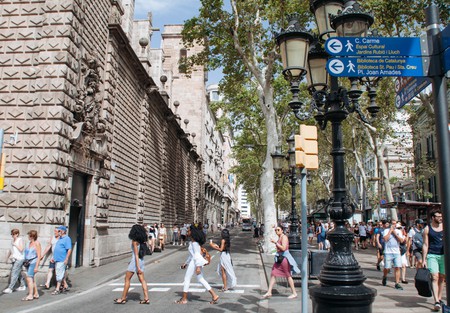 Culture Trip used a three-tier process of quantitative and qualitative data analysis to compile this list. Culture Trip’s global network of contributors and editors were surveyed to get an initial list of top non-Valentine’s Day destinations. These cities were then ranked according to the number of Valentine’s Day articles that users in these locations consumed – cities that consumed the least amount of content were ranked higher. The results were then reviewed by our in-house editorial team, who employed their wide-ranging expertise in everything from travel, food and art to books, technology, fashion, wellness and film to determine the final list.