Away From Browns Fashion, Simon Burstein Creates 'The Place London' 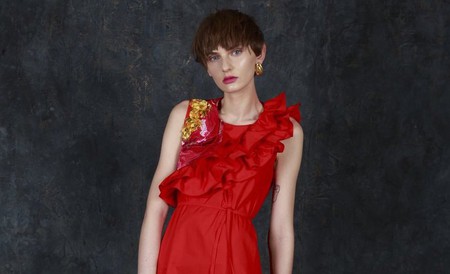 Connaught Street, London, isn’t famed for being a shopping destination, but is plump with boutiques nonetheless. This quiet road in Bayswater is home to The Place London, Simon Burstein’s latest venture in the city.

Opened two years ago, just after Burstein sold Browns to FarFetch, The Place London is both an homage to the Burstein family’s knack of nurturing and promoting new designers (his mother Joan, who founded Browns Fashion, was one of the first in London to open a store of this kind) and something distinctly new.

For starters, The Place London is, actually, two places. The womenswear store opened in 2015 and is built around the work of emerging British talent Alice Archer, and the men’s store is built around the Leathersmith of London brand. ‘The idea is to promote Alice and build that business, and then also to see whether the books and the binders of Leathersmith of London can translate into a lifestyle spot,’ Simon tells me when we meet on a crisp autumnal afternoon in West London. 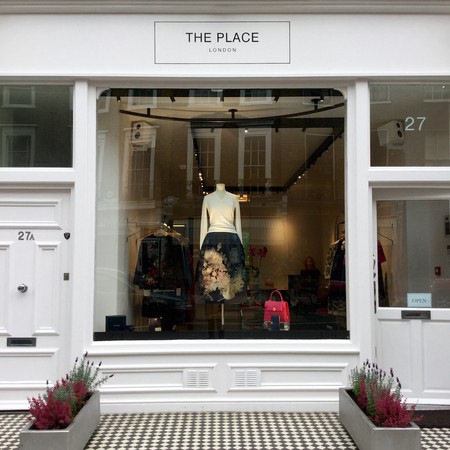 Although the two shops sit next to each other, the vibe in each is distinctly different though each adheres to a similarly curated, magpie-esque aesthetic. In 27 Connaught Street (The Place London’s womenswear store), rails of embroidered, idiosyncratic pieces are balanced by a decadent dressing room at the back. The atmosphere is comfortable and relaxed, with wide, ornate chairs, magazines and huge mirrors welcoming customers and their families to spend hours leafing through clothes and accessories. It’s the kind of shop, I’m told, that women, their partners and children might spend a whole afternoon in.

That a sense of family and community is integral to The Place London isn’t surprising. Having historically operated in tight-knit family, where ongoing support of emerging designers was at the heart of how Browns Fashion worked, Burstein opened this store with a view to nurturing the work of young British designer Alice Archer. After spotting Alice during her Royal Academy of Arts graduate show, Browns Fashion was already stocking, selling and supporting her brand before Simon sold to Farfetch (the Unicorn online retailer that currently enjoys a valuation of around $1bn). Post-sale, his commitment to Archer informed a new enterprise: ‘I realised I didn’t want to set up a studio, I wanted something more visible. I also wanted to continue doing retail,’ explains Simon, making the process of launching a new business and supporting a new designer sound significantly more simple than it usually is. Four or five collections on, however, the effort is beginning to pay off. 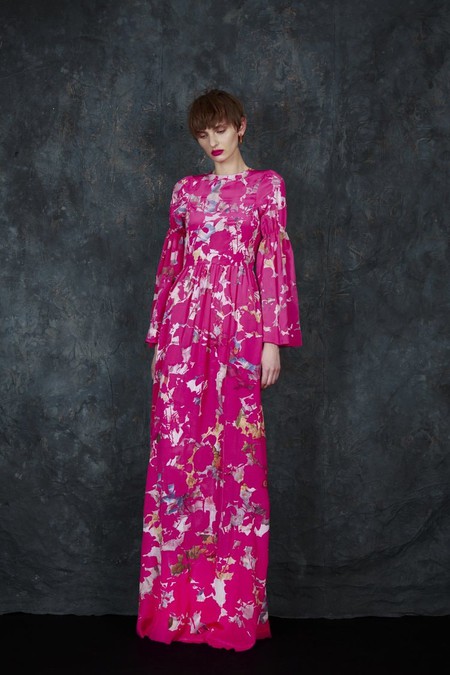 Alice works in a studio underneath The Place London, with a small team who bring the finished designs to the shop floor. Interns turn into employees, and customers find themselves able to build a relationship with a designer in a similar style to the those who buy couture from major houses. ‘Alice is more of an artist,’ Simon says, she creates pieces which are ‘beautiful and timeless. Which is something I aspire to.’ It’s true: Archer’s signature style is intricately embroidered motifs on silk dresses and robes. ‘They’re investment pieces: Alice’s work is a combination of craftsmanship and technology merged.’ He adds, noting that one of the key distinguishing facets of Alice’s work is the harmonious relationship between traditional techniques and modern equipment.

And in an age of a looming Brexit, having a particular selling point is also a savvy move by both Alice Archer, and Simon Burstein. Even with such an edge, the struggle to remain competitive is real: ‘If you approach it from a commercial point of view,’ he explains, ‘the answer is very simple: the pound has lost 20% in value. And our materials come from Europe. We haven’t put our prices up but the fact is that the pound has lost so much value, and we import, which means that everything is more expensive.’ 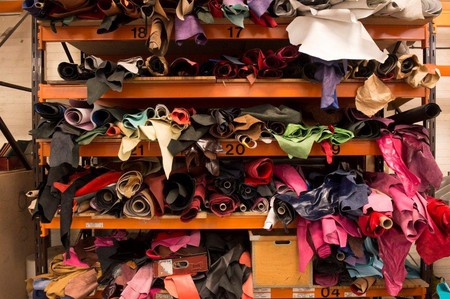 But if the United Kingdom’s inability to manufacture lighter fabrics, such as silks, is frustrating in some senses, the commitment to craftsmanship and heritage brands is certainly present in the other venture of The Place London, Leathersmith of London.

Run as part of the Charfleet Book Bindery, who are based in Canvey Island in Essex, Leathersmith of London primarily offers accessories and leather goods, but has also built its clothing offer to become a complete lifestyle brand. For over 100 years they have produced diaries as Leathersmith of London, and more recently Simon has expanded the line to encompass a wider range of lifestyle products which are stocked in the men’s shop at 31 Connaught Street. It was a brand that ‘needed it’s own theatre,’ Simon explains when I ask him about why he chose to create a separate store. 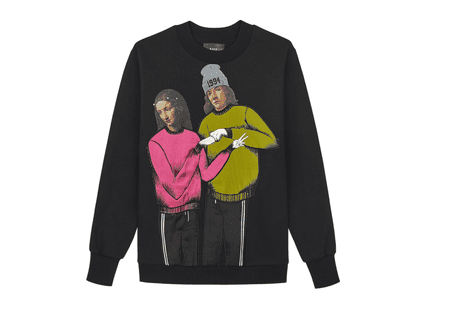 In an age where men are reportedly as interested in fashion as women are, does Burstein notice a distinct difference between the shopping habits of his customers? ‘Men hate buying, and they are loyal to whoever they buy their clothes from. So to get them in you really have to entice them.’ It’s a different audience to the kind of man that queues outside a Supreme store, Simon acknowledges. ‘It’s about seeing the local, and allowing people to discover something that they wouldn’t elsewhere.’