Artifacts of Queer History Found in a South London Attic 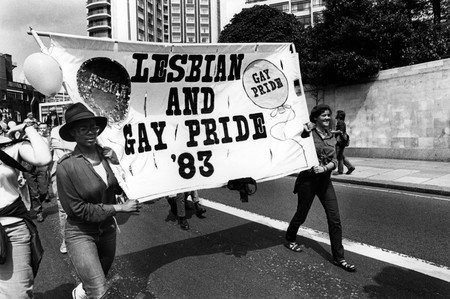 Just in time for the London’s Pride Parade on 7 July, a collection of queer memorabilia, recovered from an attic in South London, has been catalogued online for the public to see.

In a Twitter thread this weekend, nature conservationist Gavin McGregor revealed an amazing collection he and a friend uncovered in her South London attic, consisting of LGBTQ memorabilia dating back to the 1970s. After a fair amount of sleuthing, McGregor found the original owner of the collection was Paud Hegarty, a former lawyer and activist who died owing to complications associated with AIDS in 2000.

According to McGregor, finding the collection “was incredibly moving, and felt like a real privilege … The badges in particular are incredibly evocative objects – they are wearable history, and each one seems to be full of stories waiting to be told. They’re also very powerful objects emotionally – you know that in many cases, when someone pinned these to their jacket, they were feeling intensely: they were angry and marching about cuts to services or about social injustice, or they were nervous, proud and brave, pinning a ‘Glad to be Gay’ badge to their jacket and wearing it in the streets, wondering what the consequences might be.”

For McGregor and members of the LGBTQ community, the pins in this collection are evidence of a struggle for acceptance that continues to be hard-fought today. 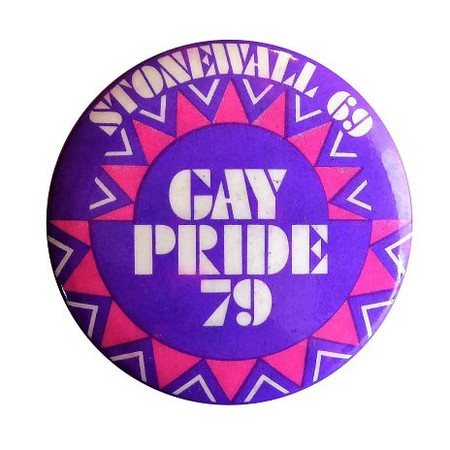 One of the many historic badges from Paud's Pins | © Gavin McGregor

To honour the original collector, McGregor has named the collection Paud’s Pins and catalogued the historic objects online in partnership with London’s only exclusively queer bookshop, Gay’s The Word, and Queerseum, a collective of activists, artists and queer educators. As a part of this project, McGregor is also asking for individuals who knew Paud Hegarty, or have a connection to the pieces displayed, to share their own stories.

Since McGregor put out the call on 30 June, his inbox has been flooded with responses. One such response, which McGregor was kind enough to share with Culture Trip via email, came from an individual who remembered meeting Paud at Gay’s The Word in 1985, where Paud was manager at the time. The respondent described their experience with Paud in the bookshop as a moment in which they discovered a space where they were free to be themselves as a person, and respected as such.

Most of the responses to the collection has been positive, but some worry about McGregor’s decision to donate the collection to Gay’s The Word. One Twitter user responded to McGregor’s original thread to address her concerns that McGregor did not take the collection to an established archive. McGregor explains that his motivation to take the collection to the Gay’s The Word bookstore was “to sound them out and ask advice about where best to give the archive a home … The current manager, Jim McSweeney, turned out to have been a friend and colleague of Paud’s, and he told me he felt the items had ‘come home’.” McGregor, who sees himself as someone who only had temporary ownership of the collection, feels that after his interaction with McSweeney, Gay’s The Word has what he called a “moral ownership” of Paud’s Pins, and should be in charge of deciding what happens next with them. 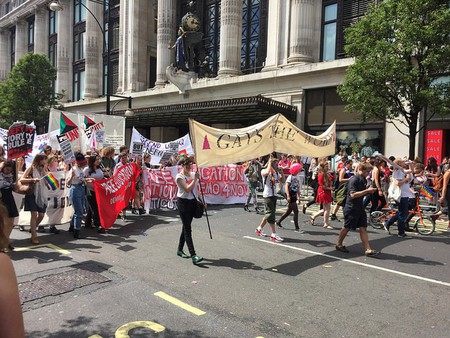 Ahead of London’s Pride Parade on 7 July, the ownership of queer history is worth considering. While visibility of Pride across the world has increased, criticism of the cisgender interpretation of the event as an excuse to party has emerged. Critics have made it clear that Pride’s history as a remembrance of the 1969 Stonewall riots and a demonstration against the violence and discrimination faced by LBGTQ peoples worldwide deserves more recognition in the public consciousness.

London’s mayor has recently signed off on a project to open London’s first queer museum in 2021, a move that will no doubt bring about more awareness of LGBTQ history and experience. The website for Queer Britain explains that curators for the new museum are combing the nation’s archives for exhibitions. While they are hard at work, Paud’s Pins is a wonderful public history project that will give the queer community a chance to ensure their stories are recorded and readily accessible.