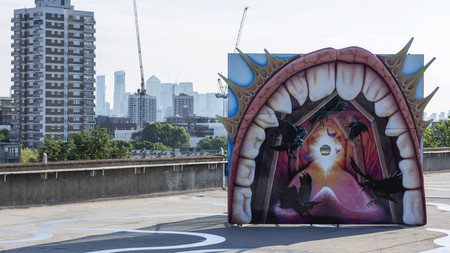 South London’s Bold Tendencies turned the art world upside down with its outdoor rooftop gallery space and has hosted classical music festival BBC Proms and opera performances in a car park. Now it’s helping create the next generation of artists.

Down an alleyway across the road from Peckham Rye station in South East London sits what looks like an ordinary multi-storey car park. Step inside, and you’re greeted with a bubblegum pink staircase so bright it’ll leave a mark on your retinas – an artwork and love letter by Simon Whybray called hi boo i love you – which leads to a rooftop filled with large, eye-catching sculptures and offering an impressive view of London’s skyline. Among the artworks is Adel Abdessemed’s Bristow, which looks like a typical London pigeon gazing at the city’s skyscrapers from atop its pedestal. When you get closer, though, you see that it’s made of steel, and strapped to the pigeon’s back is dynamite and a mobile phone, giving its assessment of the skyline a completely different, more sinister meaning. In 2019, Bristow shared the space with Liz Glynn’s fantastic tunnels, Unearthed Underground, Jenny Holzer’s powerful Inflammatory Wall and many others. 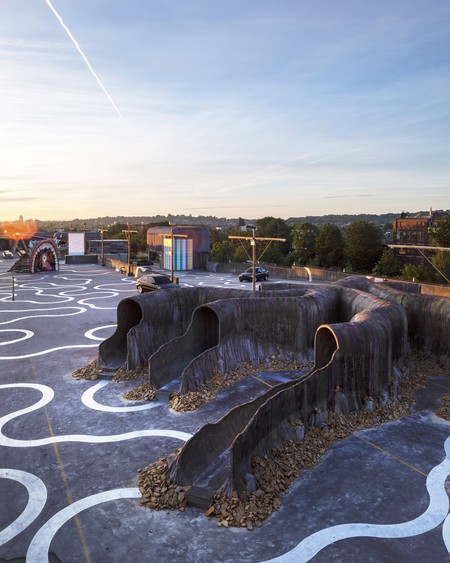 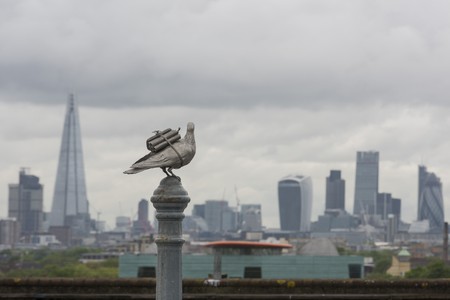 The art installations are the brainchild of Hannah Barry, founder of not-for-profit Bold Tendencies. Peckham Multi-Storey Car Park has been home to the art organisation since 2007, when it first turned the blank concrete space into an ever-changing outdoor gallery. Each year the organisation commissions new works, but it also keeps some pieces for permanent display. The result is an art space like no other, a place where artists have the opportunity to create large-scale works that interact with both the gallery space and the surrounding views of London.

“It has to be magical – otherwise it’s just another venue. And there’s plenty of great venues in London; what there isn’t are many magical places, and that’s why you have to safeguard the magic,” Barry says. Bold Tendencies is open every year throughout the summer – Barry considered keeping it open year-round, but says it makes sense for the program to have a beginning and an end: “Something to look forward to – that’s what we all need, isn’t it?” 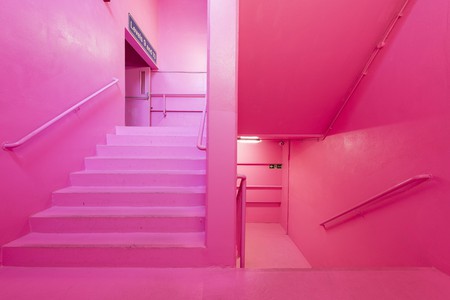 Everything starts with the artists

Barry and her team built the space from nothing (apart from “an enormous feeling of possibility”) after being shown it by the council, she told the audience at Cape Town’s annual design festival, Design Indaba, in 2019. The Peckham location came about because Barry had been spending time with artists in the area; in her opinion, everything starts with the artists. “It wasn’t a choice; it [the building] stumbled across us, really. I used to look around old buildings and disused buildings, and this was one that we were shown by the council. It wasn’t planned,” she explains. The idea was to find a space where she could commission artists to create larger sculptures. “There were no real opportunities for younger artists to make work at this scale that could be shown to the public.”

In 2009, Bold Tendencies commissioned its first piece of architecture, Practice Architecture’s Frank’s Café, which has also helped draw visitors. “Frank’s Café was commissioned two years into the project, and I think that widened the audience for sure. If you’ve got space for people to sit down and spend time, and if you’ve got a place to provide refreshments, of course people are going to come,” Barry says. The café has become a beloved Peckham destination, where visitors can watch the sunset with a drink over dinner. 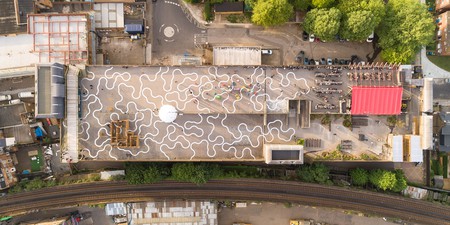 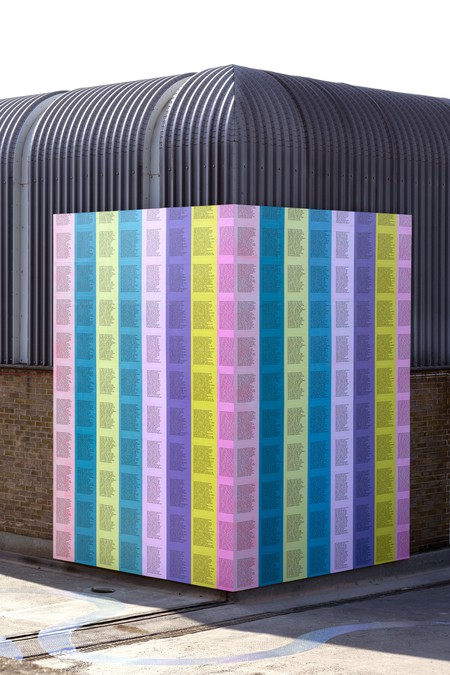 Pushing boundaries – and being Bold Everywhere

Something as radical as Bold Tendencies might seem like a project that took a lot of thought and planning, but the idea came naturally to Barry. “It was an intuitive thing,” she says. “What drives it on is the idea that things have to be possible, because without that there isn’t any hope. It’s not even about transformation, it’s not about change, it’s just about progress.” And while part of that progress is about keeping the public-facing aspects of Bold Tendencies continually exciting – the organisation has teamed up with orchestras and put on the BBC Proms in the car park, as well as staging opera and dance performances – there’s another side to Bold’s cultural impact.

In 2017 it formed sister organisation and charity Bold Everywhere, which aims to “bring art and artists to life to engage and inspire youth and families equally across all backgrounds”, with a special focus on its immediate neighbourhood, Peckham and Southwark. Bold Everywhere has five to six initiatives at different stages, including one called Artists in Schools, which pairs professional artists with local schools. “We need to provide all we can to support the next generation of creative people. That’s the bottom line,” Barry says. “In principle, the organisation should be able to touch people’s lives at different times. It’s about a system of opportunity, but it’s also to do with an arc of opportunity where people can engage with something at lots of different moments – from when they’re at school to maybe when they come back at 25.” 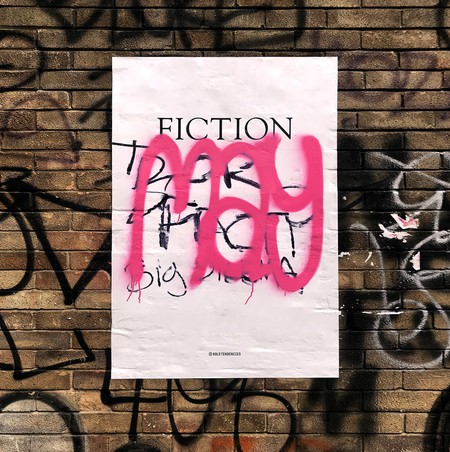 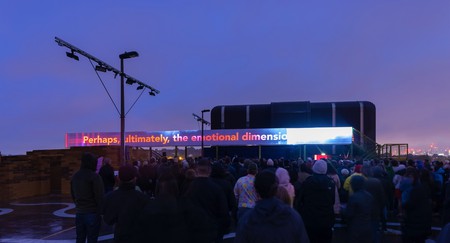 Bold Tendencies has managed to change what we think a gallery should be, and is probably one of the main reasons for London’s ongoing love affair with rooftop spaces, but to Barry, this is just the beginning. “It’s strange to think that it’s been possible to do all of that and still be able to think, ‘What more can we do? How can we change this? How can we make it better? How can we adjust this?’” she says. The secret lies in staying true to the original vision and keeping the magic alive. 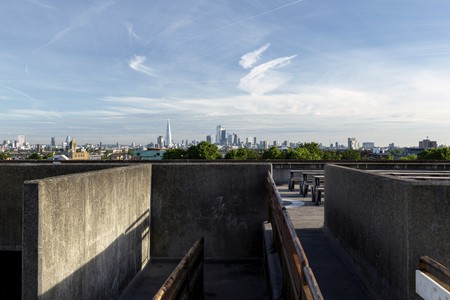