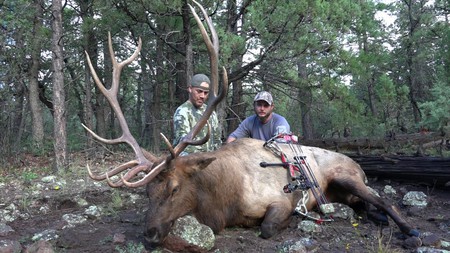 Through no fault of their own, fans of Arsenal FC are now tainted with the blood sports and trophy hunting that their owner, Stan Kroenke, distributes. His channel has now launched in the UK to a wave of criticism and outrage, but little will change.

Shooting lions, going pig hunting and stalking rhino. Welcome to My Outdoor TV (MOTV), an on-demand service where viewers can tune in to the likes Skull Bound, Michael Waddell’s Bone Collector or Gun Clips with Joe Mantegna. In one episode of Skull Bound, named Dark Continent Quest, presenter Jana Waller uses a bow and arrow to kill a hartebeest while hunting in South Africa. Understandably, the channel has caused huge controversy (even before the casually racist episode naming).

The bulk of content centres around hunting, fishing and shooting. Programmes include anything from fly fishing, right up to big game hunting, including elephants, lions and buffalo. This is televised trophy hunting and although the service has just launched in the UK, it already has 40 million subscribers in the USA.

As part of Kroenke Sports & Entertainment (KSE), the channel is brought to the masses by American billionaire Stan Kroenke, who already has the Los Angeles Rams, the Denver Nuggets, the Colorado Rapids and Arsenal FC on his books, among others. Kroneke, who made his money predominantly through real estate, clearly sees no difference between the sports teams he already owns, and the blood sports that MOTV covers. Supporters of his British football team, however, have a different view. 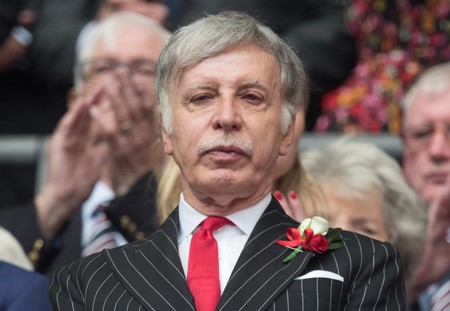 With the news announced on the club’s popular fan forum, Arseblog, comments included the likes of “Now that’s a proper good reason to dislike Stan if you don’t already. Actually gratifying killing endangered species to main stream public is basically educating people from a young age that this is acceptable behaviour. When we should be doing the opposite. Stan you double c**t, f**k off!” And that’s one of the kinder ones.

Labour Party leader and Arsenal fan Jeremy Corbyn also gave his say on the matter: “I’m appalled at the glorification of killing wild and rare animals on this TV channel. As an Arsenal fan I’m disgusted that Stan Kroenke is involved in such a brutal, unethical and unnecessary activity. This is not sport. Kroenke should stick to football if he wants to be involved in sport.”

It’s important to stress that everything that MOTV show on their service is legal and above board. Hunting makes up part of its content, with food programmes, fishing, shooting and camping also featuring. The official line from their spokesman Simon Barr states “MOTV will present ethical, fair chase hunting and as long as it’s legal it will be on there. If you like hunting elephants, there will be legal elephant hunts, ethical elephant hunts, shown in that context.”

Which only begs the question, at least for this writer, of whether there is actually such thing as an “ethical elephant hunt”? The culling of deer, for example, to control and population and protect an ecosystem is something common across the world. More wildly known as “therapeutic hunting”, this has animal welfare as its sole focus and so can be argued as ethical. Do elephants, or other big game, require the same control?

Hunting for subsistence (to feed humans), or for sport, can’t be justified as ethical, although it can be done as humanely as possible. The issue comes more convoluted when one considers that even if a hunt was therapeutic hunting, does it remain to be so once its broadcast on tv for other people’s entertainment?

Although against trophy hunting, the wildlife charity WWF has made small concessions, saying; “in a very limited number of contexts where it is culturally appropriate, legal and effectively regulated. It must also demonstrate clear conservation and community benefits.”

While it may seem hypocritical for humans that eat meat to feel outraged at trophy hunting, given that they also contribute to the death of animals for their own pleasure, a degree of perspective can differentiate between eating farmed chicken and shooting a rhino so that you can pose with its still warm carcass and keep its horn as a prize.

It’s hard to believe hunters are participating (paying tens of thousands of dollars to do so in certain cases) because they’re so worried about population numbers, rather than getting off on the adrenaline rush of the kill.

It’s likely that the initial responses from Arsenal fans regarding the UK launch of the channel will not matter to Kroenke, or KSE as a whole, one jot. Despite being the football club’s majority shareholder, the American has been distant to the point of non-existent and Arsenal fans already have great disdain for how he runs their club, preferring financial return over success on the pitch.

Unfortunately for the Arsenal fans who disagree with the channel’s content, and their owner’s actions, there is very little that they can actually do. They will still support their club, and Kroenke will continue to do what makes him money. The club are now, whether they like it or not, connected with something that sickens a lot of people purely by association.

Trophy hunting and other blood sports are abhorrent to many, as is having the word “sport” associated with killing animals. For Kroenke, however, this is simply another part of his sporting portfolio. Semantics and morals fall way behind in terms of priorities when compared with profit margins, and it’s an unfortunate reality Arsenal fans are being forced to accept.