'Arkady' by Patrick Langley, Brothers In Search Of Utopia 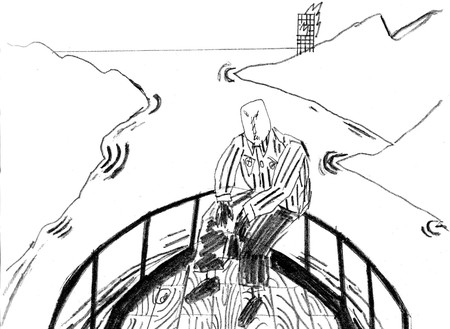 Patrick Langley is one of London’s most exciting literary prospects. His debut novel Arkady tells the story of two orphaned brothers, determined to find sanctuary in an increasingly indifferent world.

In Greek mythology, Arcadia signifies the vision of a pastoral, idyllic wilderness where man and nature harmoniously interact. In Patrick Langley’s debut novel Arkady, the world he depicts is a far cry from this bucolic dream: society has split itself into a feudal duality, where revolutionary orphans protest and rally against an increasingly brutal police force and wealthy landowners. In Arkady, life appears closer to a Hobbesian dystopia than its Greek counterpart.

Arkady is the story of Jackson and Frank, two brothers seemingly orphaned from a young age, who go in search of the Red Citadel in a barge by the name of Arkady. Described by author Mark Blacklock as the ‘Romulus and Remus of a refugee nation’, the brothers’ education has been one of suffering and survival – a curriculum of experimental art projects and nighttime escapades, surrogate parental figures, temporary homes, ‘cardboard boxes filled with the broken electrical goods’ for furniture. They have been left to fend for themselves.

Like the two brothers, we never learn what happens to their mother, an agonising uncertainty that manifests in the most painful of fantasies. In a moment of disarming vulnerability, we are invited into Frank’s wounded soul: ‘He indulges in a familiar daydream: that this is the moment his mother will return. She will walk out of the smoke, a wise smile on her face, stand in the clearing, and hold out her hand. I was lost. I was joking. I’m back.’ 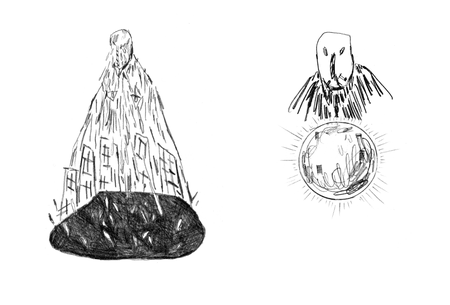 The Red Citadel is a place of utopian pursuits. Fighting for values of democracy, equality and justice, against a mass-surveillance Panopticon state, the Citadel is both symbol and place, signified and signifier, a bastion of vivid psychogeography. ‘Plywood walls encircle the Citadel’s grounds, their royal blue paint rain-faded and graffiti-scrawled. The walls are tall and lend this patch of oil-soaked earth the feel of a city-state, a fortress of safety, walled against the outer world.’

Though set in a fictional dystopian landscape, Langley – a London-based arts writer – does well to draw out the familiar phenomena of our own society: the nightclubs where ‘people go to be awful human beings’; the ‘zombi-vacant’ gazes of commuters; the “nonsense” of headline news that lights up on our portable screens, ‘ticker-tape strings of capital letters’. It is these subtle aphorisms where Langley shines, as he presents this world – and by extension our world – in all its lunacy.

Heavy-handed and melodramatic dialogue occasionally disrupts the generally well-pitched tone and detracts from Langley’s mesmeric descriptions. Though the plot remains firmly within a vice of gritty reality, the prose at times takes on a mythical quality, as man and nature coalesce in a seamless union: the ‘sound of the water rushing past the boat echoed the pulsing of blood in his veins, the ceaseless tides within his body’; the girl whose ‘sleek fringe swept like a raven’s wing over her forehead’. These are the moments where Arcadia, that utopian idyll, feels within reach. 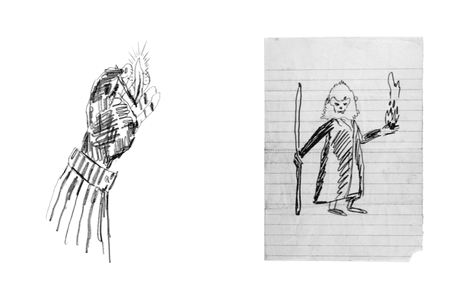 Brotherly love emerges as the sweet aftertaste of the novel, precisely because Langley evokes their relationship with such verisimilitude. Whilst the book is told from an omniscient third person narrator, the spotlight fluctuates between Jackson and Frank, as their individual fears and doubts compete for space in the narrative. But the final chapter belongs to Frank, the younger brother, where form and content fuse in a powerful first person narrative. Frank can finally be seen.

By this point, Jackson and Frank have reached the garden city, a place of relative calm and stability following their arduous journey. It is here that Frank can pause and poignantly reflect: ‘My brother had begun to teach me about the world and our place within it, how we lived in the shadows, unwanted, unseen. We were kids who came from nothing, were nothing. The city would only make room for us if we forced it to, the way you force a door with a crowbar, or use plumber’s freeze to smash a lock: these little acts were ways of opening space to breathe in a city that didn’t want us, wouldn’t protect us, narrowed choices to a flatline.’

Jackson and Frank were minute cells squeezed into the capillaries of an urban ecosystem. It is only through Frank’s prose in the final chapter – his words sprawling unreservedly across the page like an E.E. Cummings poem – do we feel he has permission to willfully take up space and step out from the shadows. To take up space is to own one’s humanity, in all its messiness and contradictions, and it is this idea that stays with us most stubbornly beyond the final page. Arcadia might not be attainable on a structural level, but we can encounter it in the microhomes we forge for ourselves, in the small gaps where we find a little bit of room.

Arkady by Patrick Langley is published by Fitzcarraldo Editions, £12.99. Available to buy from www.fitzcarraldoeditions.com