André Kertész in Europe: A Photographic Tour of the Continent

James Hyman Photography Gallery presents Andre Kertesz in Europe, a new exhibition of images selected from works in the Estate of Andre Kertesz. The exhibition – the first of its kind to focus on the Hungarian legend’s European work alone – spans the photographer’s whole career and features well-known images as well as several unknown photographs which have never before been exhibited or published. 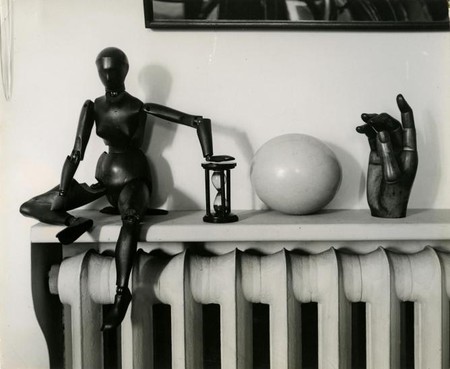 James Hyman was in talks with the estate of André Kertész for over five years, and has finally put together some of the most beautiful and rarest photographs taken by the artist. What is special about this exhibit is that it shows Kertész’s love for Europe and the United Kingdom–– returning time and time again to capture some of his greatest works. This exhibit uncovers much of the mystery behind Kertész; some believing him to have never travelled, when in fact it was quite the contrary. Works that would have gone completely unknown––hid in a box somewhere in the estate––have finally been uprooted, dated, and their locations pinpointed thanks to Dr. James Hyman’s expertise and knowledge of Kertész’s work. 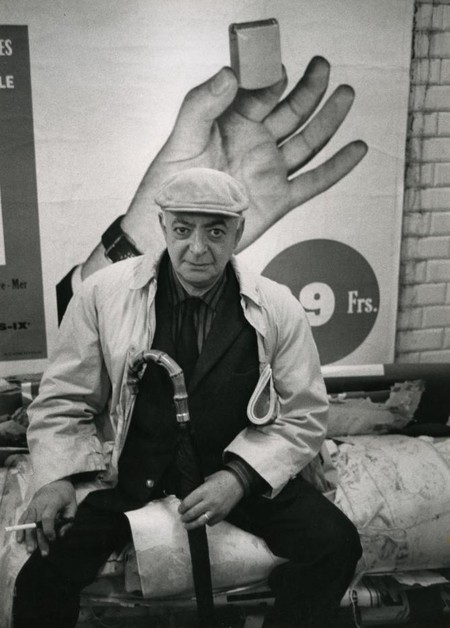 Kertész, who was born in Hungary and later moved to America, is regarded as one of the most influential photographers of the 20th century; inspiring photographers such as Brassai and Henri Cartier Bresson. His work was unique for his time: factual, straightforward, and seemingly effortless, but playing cleverly upon light and space; capturing the unexpected and truth found in the day to day normality. Much of his work has inspired what we know as photo essays today. 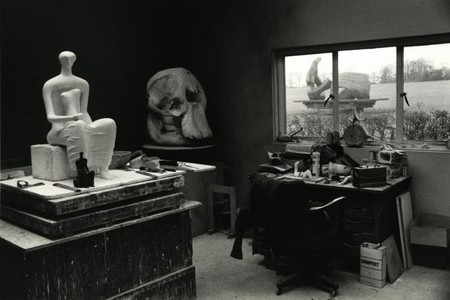 Some outstanding pieces in the gallery are taken in Venice, Cannes, and Paris, to name but a few of the countries Kertész visited. One that is favourited by the Gallery is British sculptor Henry Moore’s Shadow––Studio with Elephant Skull. This photo interestingly captures Moore’s silhouette with a photo previously taken by Kertéz: Mondrian’s Glasses and Pipe resting on the mantle of his fireplace. It’s thought that the photo was given to Moore by Kertész, a lovely gesture demonstrating the respect Kertész had for the British sculptor. More works taken in London include The Royal Albert Hall, 1980, and Cecil Beaton’s Studio, 1948. 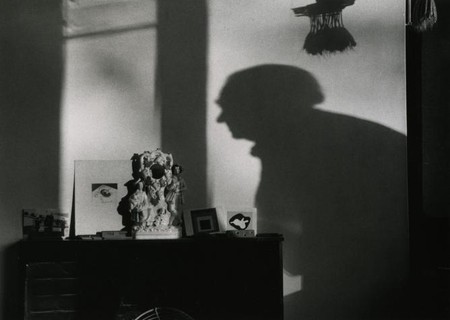 The collection as a whole is elegantly displayed; simple against the dark walls of the gallery, and, as if paying homage to Kertész’s use of light, the windows of the gallery let in the evening sun to cast brilliant shadows across the walls and photos. 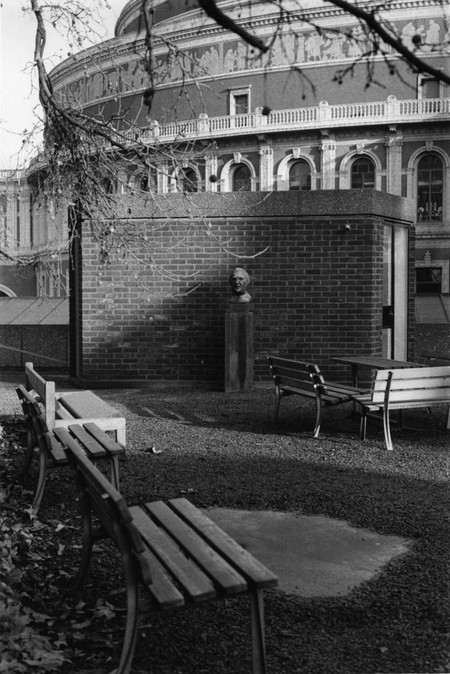 To see more of Kertész’s work the exhibit is open till the 13th of June at the James Hyman Gallery, 16 Savile Row, London W1S 3PL