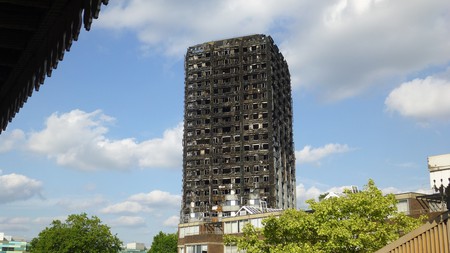 72 people were killed in the Grenfell Fire tragedy | © PaulSHird

Sir David Adjaye’s firm is among six selected high-profile London architects to work with the local residents of Lancaster West Estate – the area in which the Grenfell Tower tragedy took place – to provide ‘a model estate where the community can be proud to live’.

The 1960s housing estate in West London is set to get a complete overhaul, with the Royal Borough of Kensington and Chelsea promising to refurbish the area ‘sensitively’, ‘collaboratively’ and to create a ‘model for social housing in the 21st century’.

The ‘ideas team’ consists of Adjaye Associates, Levitt Bernstein, Maccreanor Lavington, Penoyre & Prasad, Cullinan Studio and Murray John Architects, all of which are known for focusing on community-based projects, particularly in London.

The six practices will work collectively with the local community, as well as the council and central government, with both of the latter pledging £15 million each towards the redevelopment project. 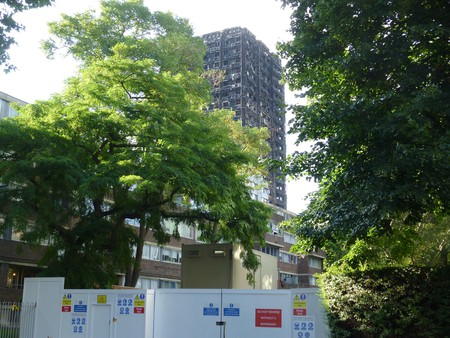 While the area contains Grenfell Tower, which was tragically destroyed in a fire in 2017, the tower itself won’t be part of the project, as it’s anticipated that a memorial may be erected on the site in honour of the 72 victims that lost their lives in the disaster, according to a government document about the future of the Grenfell Tower site.

‘Following the Grenfell Tower tragedy, there was clear recognition of the need to make real improvements around the estate,’ said the Lancaster West Residents’ Association on its dedicated website to the redevelopment project.

With the tragedy firmly in residents’ minds, areas for concern and improvement include dramatically improving insulation, ventilation and fire safety, the additions of balconies to top-floor apartments, as well as enhancing level access to flats. The wellbeing of the residents was also high on the agenda, with a landscaping strategy including more pedestrianised and cycle-friendly streets, better play areas for children and enhanced gateways to each of the estates.

72 people were killed in the Grenfell Fire tragedy | © PaulSHird

Residents were vehemently against the demolition of their existing homes, and there’s been an assurance that their rent will not rise above the average rate for the surrounding borough to ensure they still remain affordable places to live once the project is complete.

Islington-based architectural practice Cullinan Studio said: ‘As a co-operative, we believe that architecture is a social act. We listen to and work collaboratively with communities to understand their needs – from individual homes to whole neighbourhoods. We aim to create direct benefits for people from the carefully considered and beautiful buildings and places that we design.’

Construction work is expected to begin on the Lancaster West Estate in mid-2019, while it’s estimated that Grenfell Tower will be fully wrapped in June when the police will be finished with their investigations by this time according to the residents’ association. 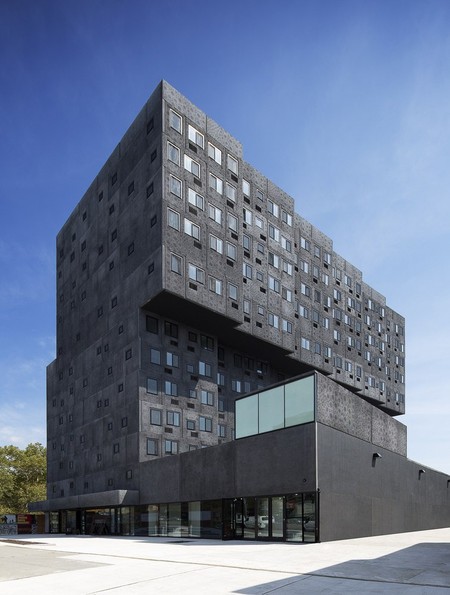 Read more about Adjaye’s work and other London architects here, and for more on social housing in London, check out our interview with award-winning architect Alison Brooks.