A Walking Tour of the Best Medieval Architecture in London 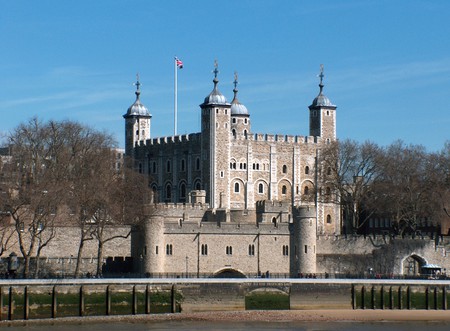 London’s medieval architecture – an umbrella term covering styles including the Romanesque and Gothic – stretches from the invasion of William the Conquerer in 1066 all the way to the end of the 15th century. Features of this period were high, pointed arches and stained glass windows. Set aside a couple of hours and take our walking tour through some of the best architecture from the Middle Ages in the capital. 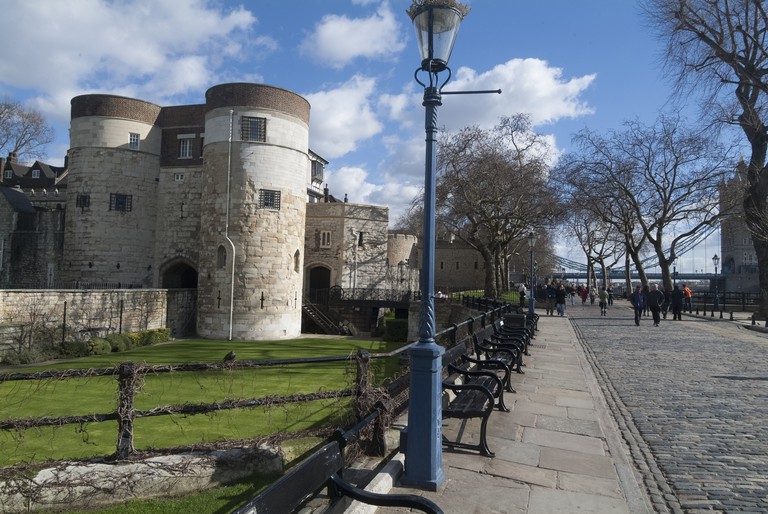 © Then and Now Images / Heritage Images / Getty Images
Book Now
Start the tour at the Tower of London. This historic castle was founded by William the Conquerer near the end of 1066 during the Norman Conquest of England. The iconic White Tower, the stone keep at the centre of the fortress, was completed in the 1080s – it was largely built from Kentish rag-stone. The Tower of London, which represents a complex of buildings enclosed by two sets of walls and a moat, has played a big role in England’s history and has had various uses over the years. These include its use early on as a royal residence, to later being used as an armoury, as well as a prison (holding famous convicts from the bishop Ranulf Flambard in 1100 to the notorious Kray Twins in the 1950s). The palace was extended under the reigns of Richard the Lionheart, Henry III, and Edward I, and has largely remained the same since the late 13th century. Today, it is used to hold the Crown Jewels. You can see most of the Tower from the main roads which surround it, otherwise entry for adults costs £21.50.
Open In Google Maps
St Katharine's & Wapping, London, England, EC3N 4AB, United Kingdom
+442031666000
Visit Website
Give us feedback 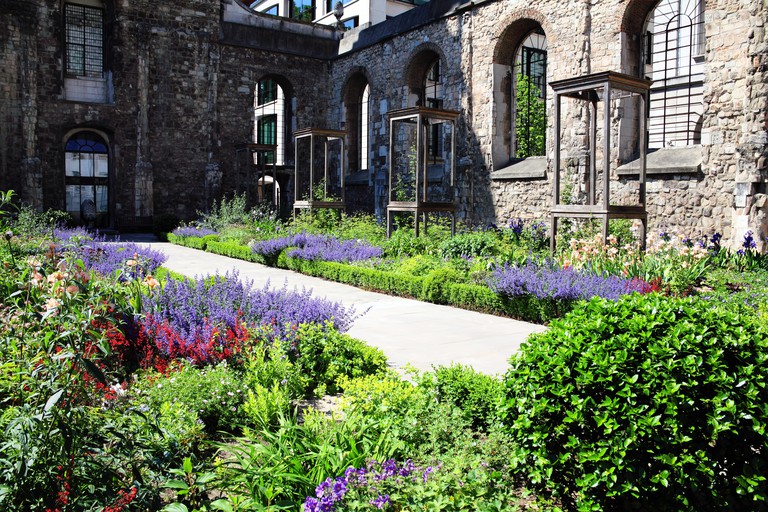 Walk five-minutes north to St Olave’s Church on the corner of Hart Street and Seething Lane. The building as it stands today was constructed in about the 1250s, and replaced an earlier structure – probably made from wood – on the same site. It is one of the smallest churches in the City of London, and one of only a few churches from the Middle Ages to have survived the Great Fire of London in 1666; this was largely the result of famous diarist Samuel Pepys, who is buried at this church, ordering the surrounding buildings to be demolished to create a firebreak. The church was badly damaged during the Blitz in World War II, but has been sensitively restored with the exterior in the Perpendicular Gothic style. Check out the stainless window showing Queen Elizabeth I on the east side of the building, which is a nod to the thanksgiving service she held at the church in 1554 to commemorate her release from the Tower of London. 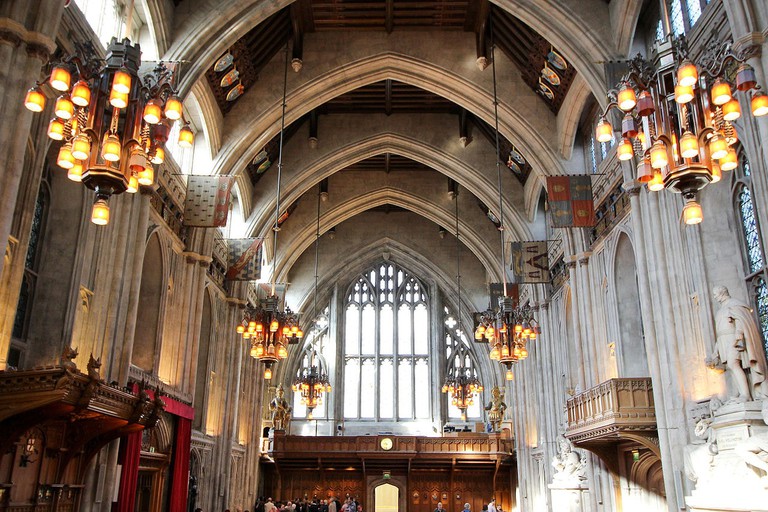 Guildhall Great Hall | © Wikimedia Commons
Head 15 minutes west until you reach the Guildhall, near Bank tube station. The main building was constructed in the early 1400s, but the site dates back to the Roman period when it was used as an amphitheatre (you can visit the archaeological remains below Guildhall Yard for free). Head inside the Great Hall, which has 5ft thick walls and huge Gothic stained glass windows. The Guildhall is also home to what the venue describes as the ‘largest surviving Medieval crypts in London’.
Open In Google Maps
71 Basinghall Street, London, England, EC2V 7HH, United Kingdom
+442076063030
Visit Website
Give us feedback

Museum, School
Facebook
Email
Twitter
Pinterest
Copy link
Share
Map View
Now, walk 15 minutes north-west to the Charterhouse buildings, just north of Charterhouse Square. This complex of buildings dates back to the 14th century, when it was used as a burial ground for victims of the Black Death. Soon after, a priory was founded on the site. Since then, the buildings have been used as a boys school to their current use as an almshouse. You can book a 55-minute tour of the site for £10, or the museum, which provides a comprehensive history of the Charterhouse, is free. Most of the buildings were rebuilt in the 16th century, but there are still substantial remains from the Middle Ages. You can also attend a daily service in the chapel for free (ask the gatekeeper for entry) – the antechapel (entrance area) dates back to 1512.
Open In Google Maps
Charterhouse Square, London, United Kingdom
Give us feedback

Stroll five-minutes south to Cloth Fair. This name of this medieval street comes from its original use as the place where merchants bought and sold materials at the Bartholomew Fair. Houses on this street were previously within the walls of church St Bartholomew the Great, which runs along the eastern side of the street, and this helped to protect them from destruction in the Great Fire of London. Most of the homes from the Middle Ages were demolished during the slum clearances after World War I, but this street still contains the oldest house in London at number 41/42, which was built between 1597 and 1614. 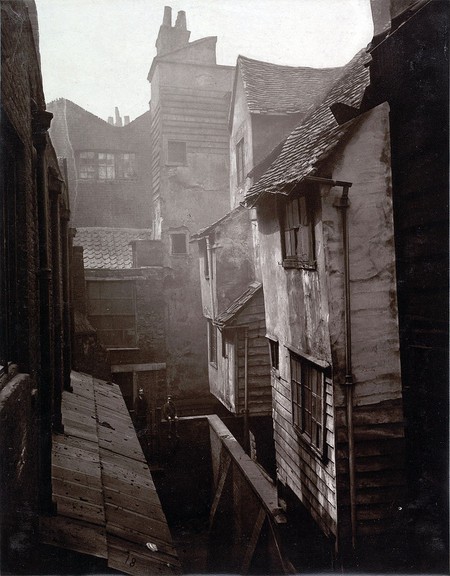 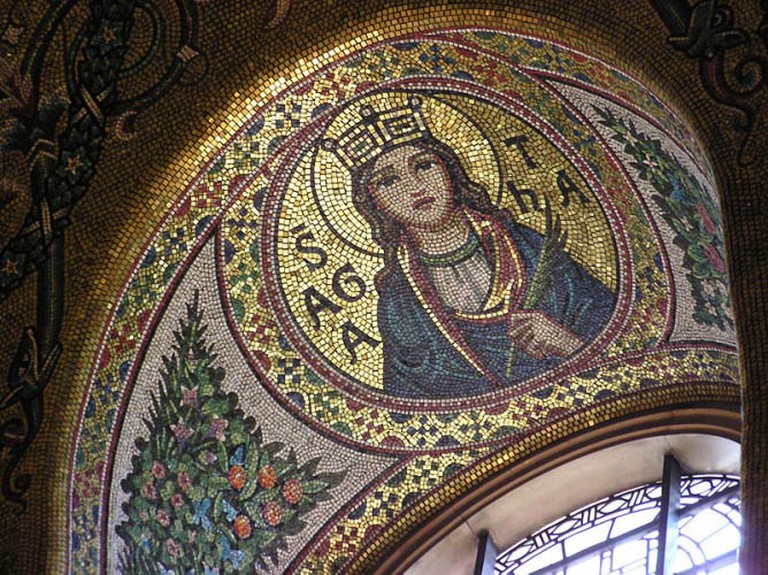 Westminster Cathedral mosaic | ©Arpingstone/Wikicommons
On the eastern side of Cloth Fair stands a church to St Bartholomew the Great, which is a good surviving example of Norman (or Romanesque) architecture. Originally founded as a priory in 1123, the medieval nave was pulled down in the 1500s. Still, some parts dating to the Middle Ages remain, including the crossing (the junction where the four arms of a cross-shaped church meet) and the choir (the area between the nave and sanctuary). The Lady chapel at the east end of the church went on to be used for commercial purposes, and Benjamin Franklin – one of the USA’s founding fathers – famously worked there as a typesetter in the 1700s. The building was restored towards the end of the 19th century by the architect Aston Webb. The church has also been used in a number of films, such as the setting for the fourth wedding in Four Weddings and aFuneral, and in the 2009 movie of Sherlock Holmes.
Open In Google Maps
Cloth Fair, Barbican, London, England, EC1A 7JQ, United Kingdom
+442076000440
Visit Website
Give us feedback 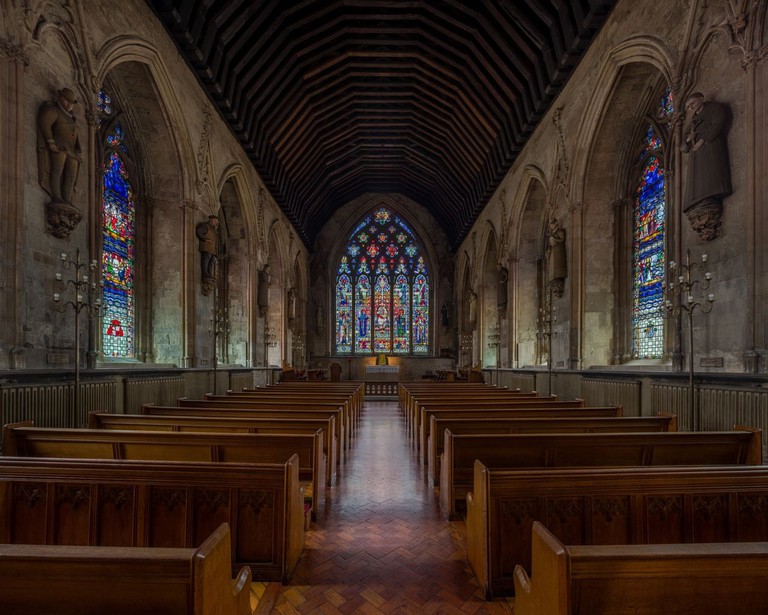 St Etheldredra's Church | © Wikimedia Commons
Lastly, walk eight minutes west to the final stop, St Etheldreda’s Church. This is one of the oldest Roman Catholic churches in the country and one of the few remaining buildings in London from the reign of Edward I. It was built between 1250 and 1290 as the chapel for the Bishops of Ely, and survived the Great Fire of London because it sat outside the city walls. The church was damaged during German air raids in World War II, but was later sensitively restored.
Open In Google Maps
14 Ely Place, Holborn, London, England, EC1N 6RY, United Kingdom
+442074051061
Visit Website
Give us feedback
Give us feedback