A Walking Tour of the Best Art Deco Architecture in London

Although art deco originated in France just before World War I, the architectural style soon flourished across Europe and had a big impact on London’s buildings during the 1920s and 30s. The movement was a pastiche of different styles, characterised by exuberance, decadence and luxury (think the Great Gatsby), united by a modern approach to design. The genre was also influenced by Egypt, especially after the discovery of Tutankhamun’s tomb in 1922. Set aside two to three hours and take our walking tour through some of London’s best art deco architecture, beginning on Fleet Street and ending in Camden. 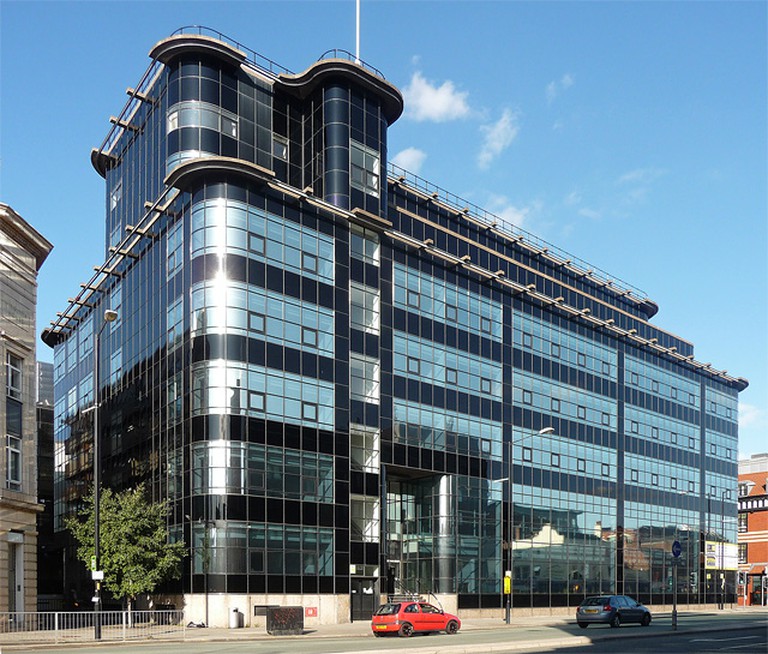 Daily Express Building | © Geograph
Start on Fleet Street at the former Daily Express Building, which is now used by Goldman Sachs. Built between 1930 and 1932, the national newspaper’s old headquarters is among London’s most iconic modernist buildings. Even now, the black Vitrolite panelling on the building’s exterior gives the building a striking futuristic look among its stone-clad neighbours. The building is a prominent example of art deco architecture with its use of bold lettering to spell out the Daily Express above the entrance area and the flamboyant lobby within, designed by Robert Atkinson.
Open In Google Maps
2be, 120 Fleet Street, London, England, EC4A 2BE, United Kingdom
+447739423754
Give us feedback

Building
Facebook
Email
Twitter
Pinterest
Copy link
Share
Map View
Stroll west for a minute down the road and you’ll find the Daily Telegraph Building – that’s right, another national newspaper’s former base. Completed in 1928 to the designs of Elcock, Sutcliffe & Tait, the building is a combination of Neoclassical (the large Doric columns) and art deco (the ornate, brightly coloured clock and Egyptian motifs around the windows).
Open In Google Maps
141 Fleet Street, London, England, EC4A 2BJ, United Kingdom
Give us feedback 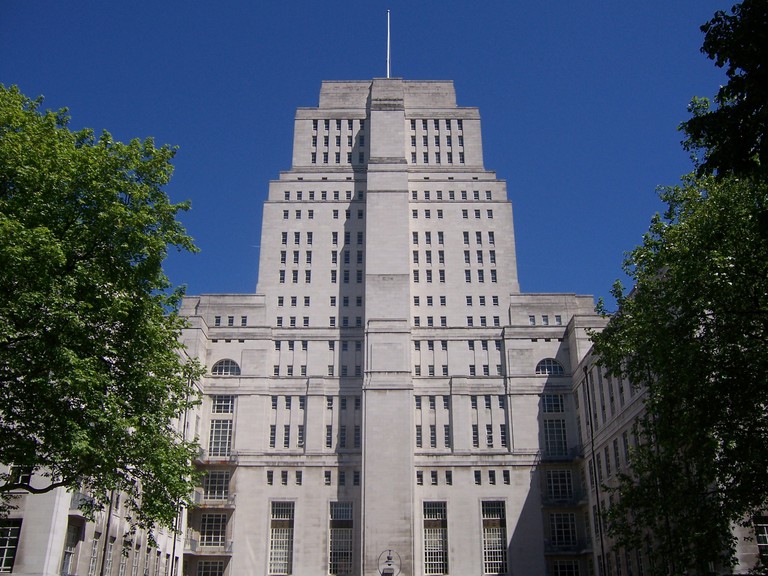 Senate House | © Wikimedia Commons
Take a deep breath, and walk north-west for 25 minutes through Bloomsbury to the Charles Holden-designed Senate House, which was built between 1932 and 1937. This towering 19-storey building was the inspiration for George Orwell’s Ministry of Truth in his book . The grand building’s art deco features are best visible inside, where there are marble hallways, geometric motifs on the ceiling and lavish railings. Today, it is used as a library by University of London students.
Open In Google Maps
Senate House Bloomsbury, London, England, United Kingdom
Give us feedback 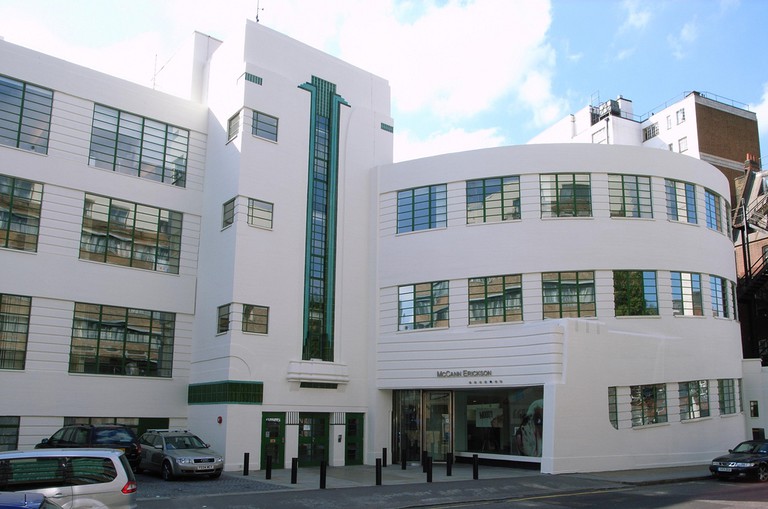 Former Daimler Hire Garage | ©Flickr/Steve Cadman
Head five minutes north-east to the former Daimler Car Hire Garage. This ex-headquarters of the discontinued luxury car rental business is made from reinforced concrete, with a patterned exterior, and striking green doors and window frames. The architects Wallis Gilbert and Partners also designed one of London’s most well-known art deco buildings, the brightly painted Hoover Building in west London (you’ll need to take the tube to Perivale to get there).
Open In Google Maps
7 Herbrand Street, London, WC1N 1AF, United Kingdom
Give us feedback

Now head north to the BBC Broadcasting House in Portland Place. Still the headquarters of the public broadcasting service, this colossal nine-storey building (with a three-storey basement) uses a steel frame clad in Portland stone. Opened in 1932 to the designs of George Val Myer and Watson Hart, it features a curved main façade topped with an elaborate clock. The flowing art deco interior was the work of Australian-Irish architect Raymond McGrath. In 2010, a new building was built for the BBC next door and this was joined to Broadcasting House. 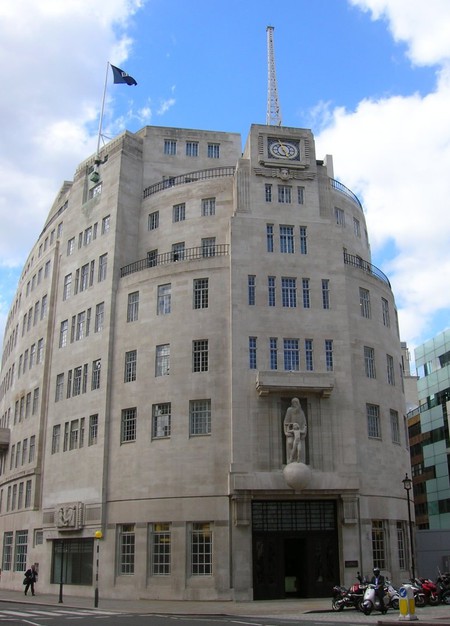 Keep going north to 66 Portland Place, headquarters of the Royal Institute of British Architects (RIBA). Designed by George Grey Wornum, the building was finished in 1934 and features enormous decorated bronze doors at the entrance. These are flanked by two columns topped with Egyptian-style sculptures showing the spirit of man and woman as creative forces of architecture (the work of sculptor James Woodford). Check out the ornate interior – a great example of art deco – with its prominent central staircase and geometric patterned flooring.

Walk north-east for 20 minutes to the grand finale, the Carreras Cigarette Factory in Camden. This distinctive building was opened in 1928 with a lavish ceremony – the pavement was covered in sand, and there were performances from actors dressed in Ancient Egyptian-style clothing. Features of this ostentatious piece of architecture include 12 enormous polychrome columns on the façade, decorated with Venetian glass, and eight-and-a-half-foot-high bronze statues of the ancient Egyptian cat-goddess Bastet flanking the entrance. The building was designed by Marcus Evelyn Collins and Owen Hyman Collins with Arthur George Porri. Notably, most of the art deco elements were covered up in 1961, when Egyptian Revival architecture fell out of fashion, but the building was restored to its former glory in 1996. As a result, some of the building’s characteristics, like the bronze cats, are replicas. 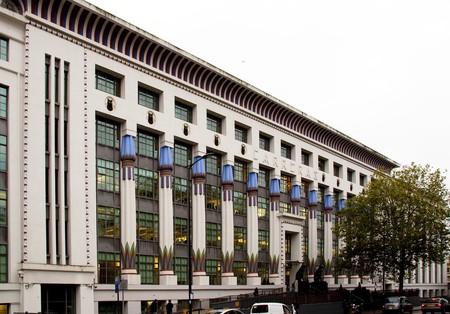