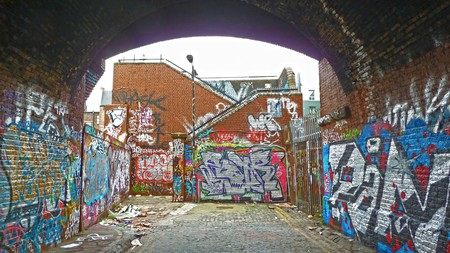 Whether it’s the quirky streets of East London or the buzzing Central London roads and landmarks, the city is home to some of the best-loved shows on TV. Here are some of the most popular shows on the box and a tour of their London settings.

Mitchell and Webb’s hit sitcom ‘Peep Show’ follows the dysfunctional lives Jez and Mark, two university friends who share a flat in East Croydon. For the first two seasons of the well-loved show, scenes set in Mark and Jeremy’s flat were filmed in a real property in Croydon. However, season three holds a slightly different story. By the time this series came around, the flat owners had refused any more filming to take place, so a replica was created inside a carpet warehouse in North West London. True to form, ‘Peep Show’ kept authenticity by filming in familiar locations in Croydon; locals might recognise Canterbury House and Zodiac Court as well as Redhill Appliances, which has since permanently closed. 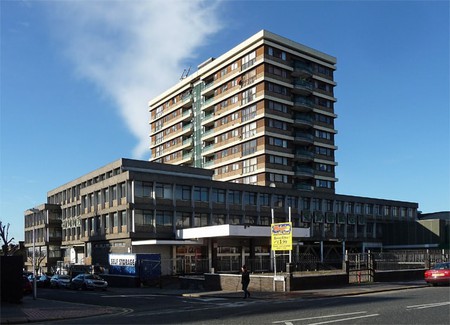 Any fan of the hit British soap will know the show is set in London, in the fictional borough of Walford. Albert Square and its surrounding area are actually based on E17 and Chingford, and the name Walford is an amalgamation of the names Walthamstow and Chingford. Despite the show being set in East London, most of the filming takes place in the BBC’s Elstree Studios and in Watford in Hertfordshire. Sometimes you can even see cast members shopping in Borehamwood Tesco.

While the gripping detective drama frequently showcases iconic London landscapes to help set the scene for viewers, most of the filming for the hit show takes place across North and East London, primarily Shoreditch and Hackney. Season three heavily features popular East End hotspots including Kingsland Road, Haberdasher Street, Clifton Street, Wilton Way and Eleanor Road. Creators of the show have confirmed that the much-anticipated season five will also be filmed in East London. Renowned for its dramatic storylines, the industrial city settings certainly add to the tension of the show.

The award-winning TV series is set in the Sun Hill Police Station, located in the fictional borough of Canley, an East London suburb north of the River Thames. In the show, the borough of Canley borders the real-life Borough of Tower Hill, and the postcode given to Sun Hill Police Station ( E1 4KM) corresponds to London areas of Stepney and Whitechapel. However, filming for the show took place across the city, featuring a variety of areas such as Greenwich, Tooting, Croydon and the London Docklands.

The quirky comedy series was a hit in the early noughties and is set mostly in London’s East End. The eccentric but lovable character of Vince, played by Noel Fielding, oozes the up-and-coming East London vibe of the time. The third season of the popular show is set in a bric-a-brac-style shop in Dalston and attracts colourful East London characters, forming whacky storylines for the show. 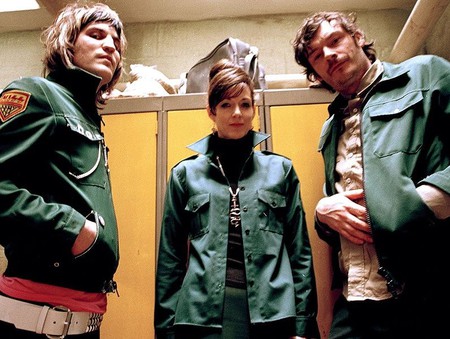 The popular family sitcom is set in the West London borough of Chiswick and is filmed on location in Wandsworth. The iconic family townhouse used throughout the series is actually a real house on Dempster Road, located a few minutes from Wandsworth Town station. Interestingly, in the second series, the family is sent a council tax letter from ‘Limebridge Council’ to their fictional postcode of W4 2CF – which corresponds to the real-life Chiswick area code.

In the opening credits of the hit TV show ‘Gamester’, an iconic double-decker bus drives down a road in London’s North East Borough of Walthamstow. Filmed on the real-life Hoe Street, the intro shows one of the characters, Dominik, getting hit by a bus after leaving a chippy on the road.