A Short History of London’s Chinatown 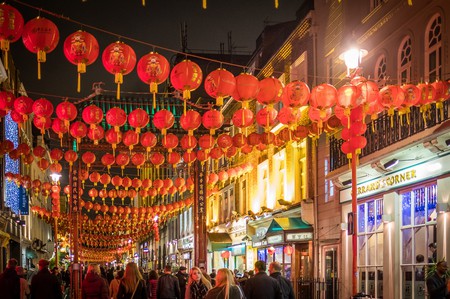 A Chinatown has existed in London since the early 18th century, but it wasn’t always in the West End. Culture Trip looks at how the Chinese immigrant population were viewed by wider society, the evolution of Chinatown and its contribution to the city’s cultural identity.

On 24 July 2018, an immigration policy protest took place on Gerrard Street. The protest, in which workers in Chinatown businesses went on strike for five hours, came after UK Home Office agents performed an immigration raid which resulted in an elderly woman being pushed out of the way and onto the street.

The incident was caught on camera and went viral. Following the event, the London Chinatown Chinese Association has vocalised ongoing concerns that Chinatown has been the subject of unjust immigration searches described as “fishing raids”. The raids are redolent of a time when Chinese immigrants and Chinatown were viewed with suspicion.

As an international metropolis, London’s residents and visitors are lucky to find enclaves throughout the city where they can experience different cultures. Chinatown has become a popular spot for Londoners and tourists alike with its picturesque pagoda architecture and lantern-lined streets, but Chinatown as we know it is actually relatively new. 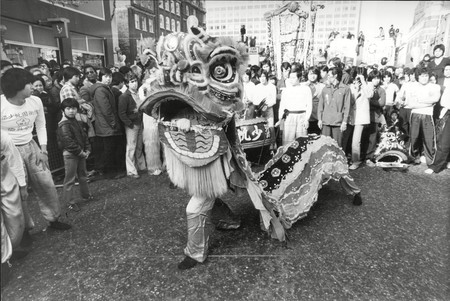 A Chinese population has existed in London since the 18th century, and by the early 20th century, a Chinatown had developed in Limehouse in London’s East End. At the time, the majority of the population was male, and worked on the docks to help import Chinese goods to London. Trade between Great Britain and China had existed since the 17th century, and as a result, items like Chinese silks, pottery and tea became very fashionable among Britain’s elite during the 1800s.

Capitalising on the popularity of Chinese goods, European artists began to mimic Chinese motifs in their own work, creating a style called Chinoiserie. British infatuation with Eastern styles also influenced the design of Brighton’s Royal Pavilion.

In the 19th century, more Londoners were able to move to big cities and get relatively high-paying jobs as a result of industrialisation. This contributed to a larger middle class with the ability and desire to purchase the latest fashions. Chinese goods were a marker of class status and therefore coveted by the new middle class.

However, while Londoners aspired to own Chinese-style goods, this did not necessarily mean that they wanted to spend much time in Chinatown. 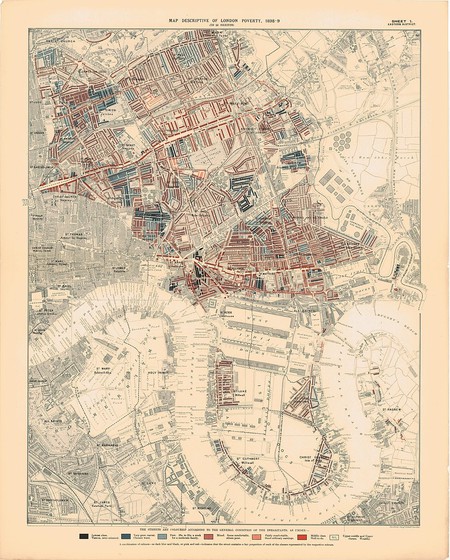 Map showing poverty of East London in 1898-1899. The Limehouse Chinatown is marked with black, which indicates that the area is home to people who were the 'lowest class, vicious and semi-criminal' | © LSE Library / WikiCommons

In the mid-19th century, trade disputes between China and Great Britain resulted in what are known as the Opium Wars. As tensions increased between the two countries, a discernible level of resentment developed towards London’s Chinese population.

Today, Chinatown conjures up images of steaming baskets of dim sum and the glisten of crispy ducks lining shop windows on Gerrard Street. But in the 19th century, Chinatown was painted in a much different light. Victorian newspapers warned Londoners against falling prey to Chinatown’s vices, namely the gambling houses and opium dens.

The fears surrounding Limehouse Chinatown were so pervasive that it inspired the writer Arthur Ward, under the pseudonym Sax Rohmer, to create the diabolical character Dr Fu Manchu. The character terrorises London through a series of murderous plots and various criminal enterprises while British authorities try to thwart him.

The character of Fu Manchu is the personification of the ‘yellow peril’ that characterised Londoners’ perceptions of the Limehouse Chinatown well into the mid-20th century. Yellow peril was a cliché employed by 19th and early 20th-century tabloids that depicted Chinese people and culture as dangerous and shrouded in mystery.

This stereotype persisted as the Fu Manchu stories were made into movies. The first Fu Manchu film was made in 1929 and films continued to be made into the late ’60s. Notably, the character was exclusively portrayed by non-Chinese actors. 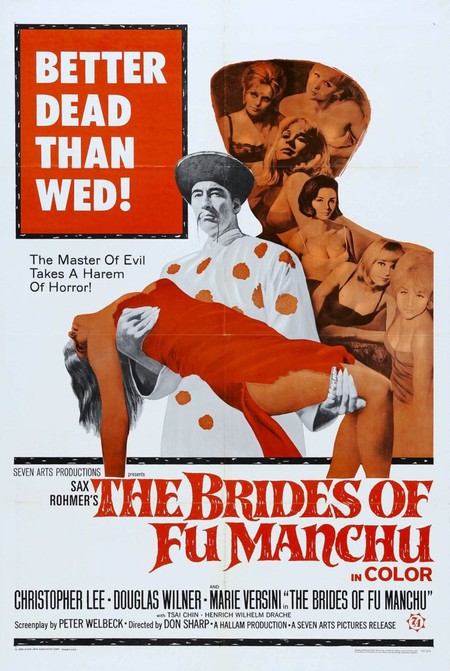 Poster for a film adaptation of The Brides of Fu Manchu, 1966 | © Huysamen Engelbrecht / Flickr

When East London was bombed during WWII, the Limehouse Chinatown laid in rubble, and it seemed unlikely to be resurrected. This was in part because the waterways in the Docklands, where Limehouse is located, were not equipped to handle shipping container boats when the shipping industry shifted to the container system in the 1960s and ’70s. Between 1960 and 1980, the docks were all eventually shut down, leaving the area with high poverty and unemployment rates.

Luckily for London’s Chinese population, the British palate developed a desire to expand past pies, mash and jellied eels. Chinese restaurateurs began to establish a new Chinatown on Gerrard Street and ‘going for a Chinese’ became a staple in British social culture. 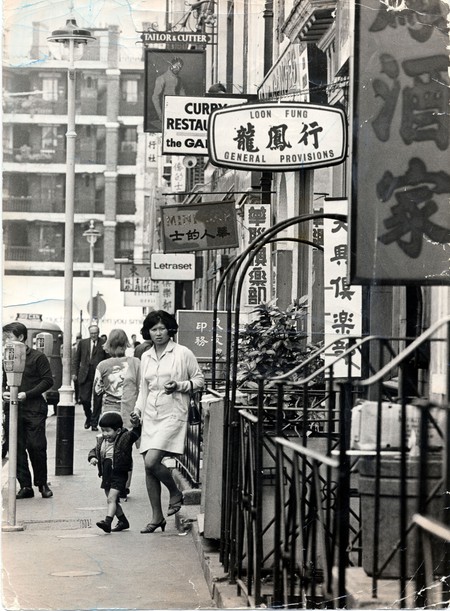 Over time, restaurants like Wong Kei developed a loyal following and people flocked to Gerrard Street to enjoy Chinese delicacies, and the area, right in the middle of Central London, became an iconic part of the capital’s culture.

The current Chinatown, in all its photogenic glory, is still a major culinary destination. With the current chef shortage facing the UK, some restaurant owners fear that they will not be able to find new chefs to carry on the area’s gastronomical legacy. 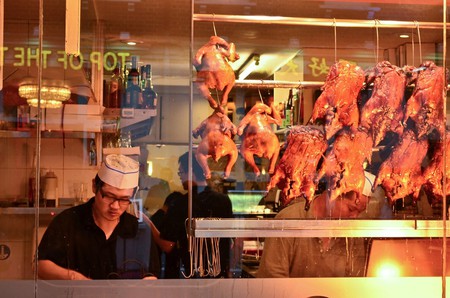 While the Home Office would prefer that restaurant owners recruit UK-based chefs, business owners are concerned that they will not find chefs in the country who can make Chinese food. Their main concern being that it would be far too time-consuming to equip British chefs with the technical skills necessary to create authentic Chinese dishes. A similar problem is facing the Bangladeshi community on Brick Lane. Both cuisines are famously complex and take years to master.

Whether the clampdown on immigration will prove an existential threat to Chinatown’s future remains to be seen. What isn’t under question is Chinatown’s unique contribution to the identity of London. It is impossible to imagine the city without it.