A Robot Leopard is Loose on the Streets of London 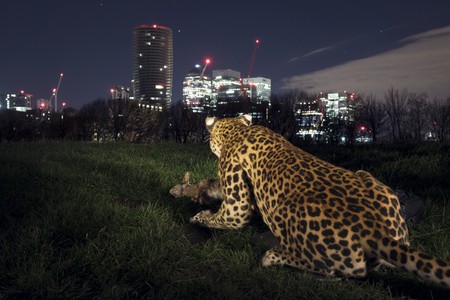 Londoners, there’s a leopard on the loose in your city. But before you go running for the safety of the suburbs, you should probably know it’s just an ultra-lifelike animatronic big cat stalking your streets.

The leopard is being showcased by Nat Geo Wild as part of the network’s Big Cat Week. The robot animal can be found in locations such as Brick Lane, Chinatown, and Mudchute Farm.

The robot is the first-ever fully animatronic leopard, and was created over two months by the same teams that worked on animatronics for the Harry Potter movies and recent BBC series Spy in the Wild. 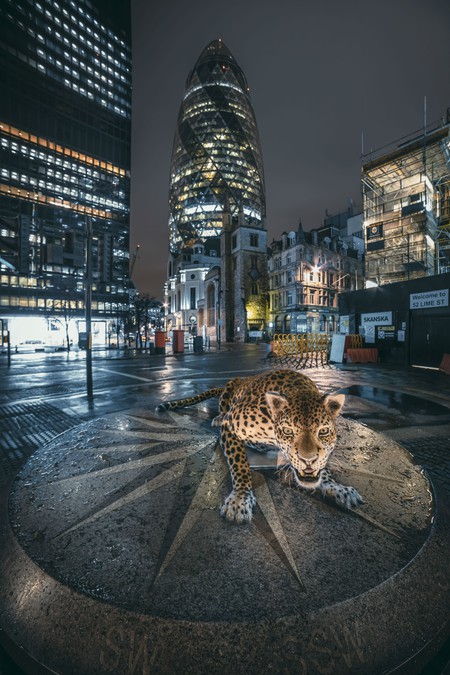 The Leopard in London. Images by Sam Hobson.

Wildlife photographer of the year Sam Hobson was tasked with following the leopard around the city, capturing the images seen here.

Hobson said: “I am used to photographing urban wildlife in the UK, from foxes to badgers, but it has been a fascinating and thought-provoking challenge bringing the plight of the leopard to London.” 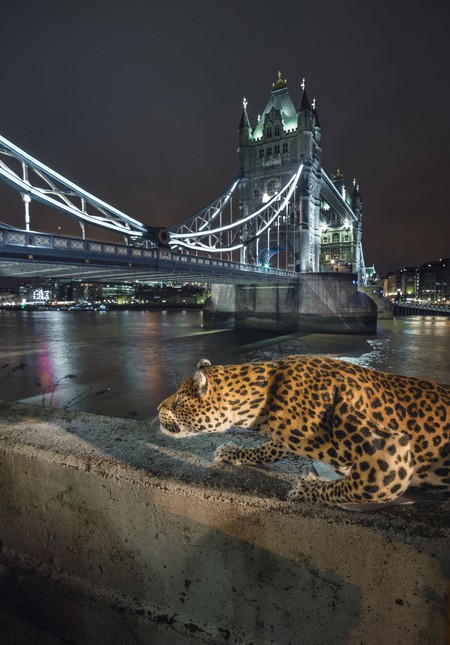 90% of the natural habitat of leopards has been destroyed. Image by Sam Hobson.

He continued, “I hope that my images and the many people that encounter the leopard will raise awareness of this serious issue asking if it was on our own doorstep would we do more to prevent it.”

Around the world, up to 90% of leopard habitats have been destroyed. That has meant real-life leopards have had to move into cities like Mumbai at night time. Adds Hobson: “It’s hard to comprehend that in India’s busiest city hundreds o of leopards are literally roaming the streets at night, resulting in shocking conflicts.” National Geographic is attempting to raise awareness of the issue, which has led to human-cat conflict. 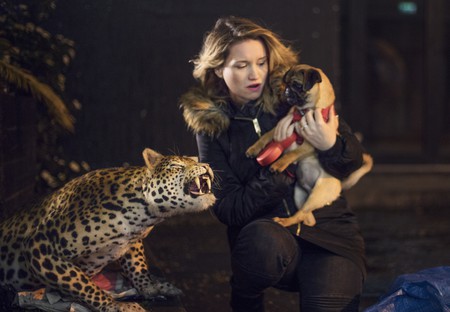 Not even pugs were safe. Images by Sam Hobson and assistant Josh Perrett.

Dereck Joubert, National Geographic explorer-in-residence, said: “This realistic leopard brings the serious big cat issues to the UK. In places like Mumbai, this is a stark reality. Loss of habitat has given the leopards no choice but to share territory with man, and they have consequently become the most persecuted of all the big cat species, resulting in many attacks.”