A.R. Rahman on Celebrating 25 Years in the Film and Music Industry 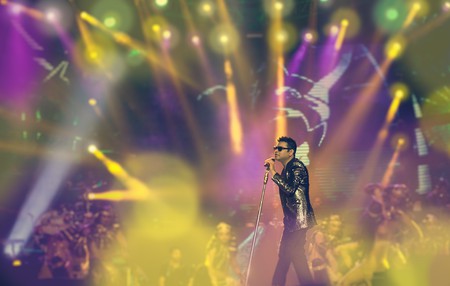 25 years on from composing the critically acclaimed music to the movie Roja (1992) – a soundtrack considered one of the 10 best of all time by Time – the phenomenal composer A.R. Rahman looks back at his breathtaking career.

Rahman has worked with artists such as Michael Jackson and MIA, created a stunning catalogue of music for both Bollywood and Hollywood films, and sold more than 200 million albums worldwide.

He’s now celebrating his achievements with a special show at Wembley Arena in London, where he’ll be assembling some of his favourite Indian artists. 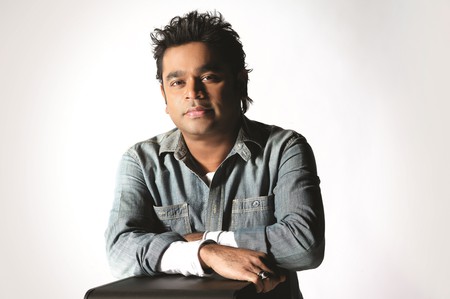 Culture Trip: Firstly, congratulations on a glittering career, it’s a huge achievement. Give us one word that sums up the past 25 years for you.

A.R. Rahman: I’d say it’s been a jolly ride. It’s been a great ride, the best. That has to be the word for it.

CT: You’re celebrating your milestone with a special show at Wembley Arena, what can we expect from it?

ARR: We want to tap in to songs that people have listened to and how that’s influenced their lives. We’re looking at three generations here; the older one that grew up listening to my music, those born in the 90s and a newer generation that are tuning in to my music now.

I want to be honest and true to them. Even as a musician I’ve tried to evolve, dropping in old ideas with new ones. The concert will be like a mirror where you see what’s clicking with the audience and what they cheer for the most. Of course there’s more complexity because we have many languages; I do songs in Tamil, English and Hindi.

CT: Tell us about who’ll be with you on the night.

ARR: We have the cream of the best singers. We have Neeti Mohan, Jonita Gandhi, Haricharan, Benny Dayal and Javed Ali. Each one is very good and brings their own character and style. Of course, I’ll be singing along with them too. I want to refine and put on a better show – these artists are perfectionists and good for the whole show. 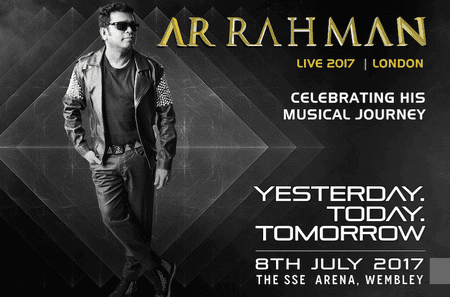 CT: You’re known for having used modern technology and computers in Indian music when no one else was. What sort of legacy do you feel you’ve created for others in the industry?

I learnt so much from other cultures, but of course the soul of my music is always Indian because I was born there and I grew up with the beauty of Indian music, whether that was folk or film or classical Indian music. I’d say it was built in me genetically.

So for me to adapt this music and learn about production ideas and implementing music to movies – all of this stuff I learnt from other cultures and other artists out there.

CT: Speaking of other artists, you’ve collaborated with a lot of international artists, including Mick Jagger, Akon and the Pussycat Dolls. What’s been your most memorable international collaboration?

ARR: There are many, but my most memorable would be Andrew Lloyd Webber for Bollywood Dreams. There was a lot of mutual respect between Andrew and me. He introduced me to the theatre when I was more of a studio person. I owe him because it was a huge mentorship that he gave me at that point in time. It helped me do many other things, like a musical with Dreamworks, but it never took off unfortunately. It also helped me to set up a music conservatory that helps nurture underprivileged kids. All of this came from working with Andrew Lloyd Webber in London.

CT: Which of the albums that you’ve composed means the most to you?

ARR: [Laughs] There is no one style that I like, because I’m doing something different all the time. Sometimes I prefer classical pieces with orchestras, like right now I’m working with the Seattle Symphony on something called The Flying Lotus, so things change quickly for me. And I have a short memory! I feel great when I’m recording, but I want to just keep moving on. Of course when I’m performing in a concert, I can then go back and pick some of my favourites.

CT: When it comes to awards – the Oscars, BAFTAs, Golden Globes, IIFAs, Filmfares, the Padma Bhushan award – you’ve won pretty much every thing there is to win. Is there an award sitting in your house right now that you feel has defined your career?

ARR: My favourite award is a piano; when I see piano I just want to start playing it [laughs]. If I can still play the piano, then that’s an award for me. I feel like you can lose interest in anything, but when I see a piano or harmonium or any musical instrument and I have that passion to play it, that’s what I’d say is the defining factor in my career. I am grateful for awards and recognition though, because it helps you to be identified in places you’ve never even been before.

CT: On that note, let’s talk about where you’ve been. You’ve travelled to some of the most wonderful places on Earth in your career, tell us about some places you’ve enjoyed visiting outside India.

ARR: Some of the places that are special to me are Los Angeles and Cape Town, also London, Paris and the Maldives. I’m a spiritual person, so I always feel like looking at the beauty of different cultures and the way people live their own lives. It’s fascinating to see other people and get the whole picture. When you’re just in one place, you don’t get to see that other picture. The way they understand music, the way they understand love, they way they live their lives is just very inspiring and there’s so much to learn.

CT: If you went back 25 years to the start of career, what would you be telling yourself?

ARR: Nothing [laughs]. I was blessed from the first soundtrack I composed, because I won all the awards. I didn’t know if there was any music left in me because I felt like I’d given all I had back then. I didn’t know anything else at the time, but that was the beauty. Different things came my way after that and nothing I made sounded like any of my previous work, so you keep going and you keep discovering. That always inspires me when I have a block, because I didn’t think I could come up with more music after that, but I did discover more and that’s what keeps me pushing on.

CT: What are your plans now? Do you want to continue to do more music in Hollywood? Will you focus more on Indian music?

ARR: Well something very interesting is happening; I’m directing a virtual reality movie called Le Musk. It’s based around music and will be in 3D and 360 video. It stars the French actress Nora Arnezeder, who was in Mozart in the Jungle. We also have Guy Burnet who’ll be in Pitch Perfect 3. The editing is almost finished. We’re hopefully premiering it somewhere in Hollywood and it should be released in October.