A Nightlife Guide to Hackney, London 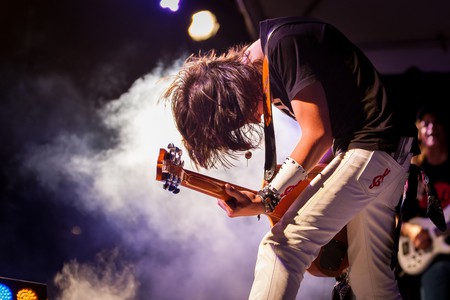 Hackney’s history as one of London’s industrial hubs is reflected in many of the area’s trendy bars, which pay homage to the area’s rich industrial past. While it’s not really serviced by the Underground, three Overground lines and an array of buses connect Hackney with the rest of London.

Situated just a three-minute walk down the road from London Fields station, Mangle E8 can hold up to 700 people. While the music ranges from disco and post-punk to psychedelic electro and modern afro-soul, with everything in between, Mangle E8’s former industrial laundry basement setting contributes a backdrop that will make every hipster feel right at home.

Located on Mare Street, The Dolphin is just a short walk from London Fields Overground station. The beautiful Victorian interior stands in stark contrast to the students and lively hipster folk that frequent The Dolphin and its large dance floor, and with a reasonable entry charge and 4am close on the weekends, it’s not hard to see why.

The Star by Hackney Downs

The Star by Hackney Downs is a typical East London hipster pub. Its wooden floors and basic furnishing are indicative of a faux dingy setting that needs nothing but its trendy clientele and some of the pub’s ambrosial craft beers to get the atmosphere going. With a fairly spacious seating area out front, The Star by Hackney Downs is also a great spot to stop by for a tipple on a sunny day.

The Nest is an intimate basement bar in Dalston that’s only open from Thursday to Saturday but those three days are guaranteed to be heaving with a crowd that’s keen to get down and dirty. Thursdays at The Nest are Your Mum’s House, a night that falls unapologetically in at the more ghetto end of Hackney’s nightlife spectrum.

Big up everyone who made it down on Friday night – mad energy in the basement with @artfuldodgerdj! Head over to our FB page now to check out the weekend’s pics 🎤🙌

Serving as a master class in mixology, The Natural Philosopher is a 1920s themed, dimly lit cocktail bar that will provide a sophisticated start to a classy night on the town, or some stark contrast before heading to a less salubrious venue to continue the party long into the night.

Found on Kingsland High Street in Dalston, The Alibi offers a lively basement bar that is open late every night of the week. Attracting a young crowd for karaoke, film screenings and DJ sets throughout, The Alibi hit the headlines when it hosted Harry Styles’ 19th birthday party in 2013.

Famous as one of few famous gay bars in the Hackney area, Dalston Superstore is another nightlife haunt that offers great cocktails for people looking to class things up a notch. Like The Alibi, Dalston Superstore is one of Hackney’s later nights out, closing at 2.30am at the earliest, except Mondays – don’t get caught out.

The Victoria Dalston is a tribute to 19th century England contained in a modest building. With live rooms that have been on the radar of gig goers for three decades, the venue will definitely satisfy anyone on the hunt for an authentic performance.

Netil 360 is great if you’re looking for something earlier on in the night, especially if that ‘something’ involves gazing over the London skyline, and absorbing iconic buildings like the Shard, the Gherkin and the Walkie Talkie from up close, or playing with Tres, Netil 360’s rooftop dog.

Closed every other night of the week, Savage saves its savagery for Saturday night and, only closing at 5am, is one of the latest nights around in Hackney. Nights here can get pretty wild and crazy so, somewhat like Marmite, people are either going to think Savage is the best thing since sliced bread, or the worst thing since, well, Marmite.