A Nightlife Guide to Covent Garden 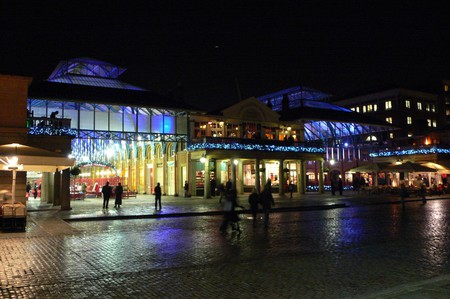 Covent Garden is one of London’s most vibrant areas, perpetually drawing crowds to enjoy the variety of entertainment on offer. In amongst the shops, there are plenty of great bars and clubs for anyone looking to complement a night out at the theatre with a couple of drinks.

Anyone looking for a decent range of beer need look no further than The Craft Beer Co. This place serves up the largest tap selection in the UK with 30 keg lines, 15 cast pumps and over 200 bottles and cans, so there is bound to be something for everyone. 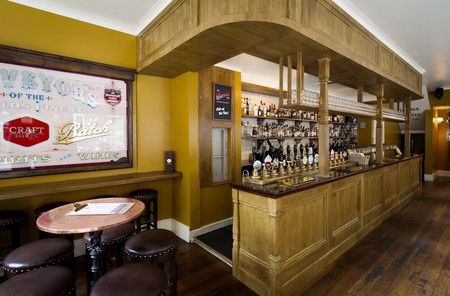 Bringing a slice of the Emerald Isle to London, The Porterhouse is one of London’s most famous Irish bars, consistently drawing a large, lively after-work crowd with its reasonably priced drinks. Everything from the spiral staircase that leads downstairs to the abundance of wooden furniture gives this fine pub the feel of an old tavern that’s been spruced up for the 21st century.

Offering a salubrious interior that boasts red leather Chesterfield-style sofas underneath walls adorned with vintage artefacts, The Covent Garden Cocktail Club bears a resemblance to an English gentlemen’s club, while also sharing similarities with prohibition-era New York City. Entrance is subject to membership, which is free to sign up for – but the form must be completed 24 hours before visiting. Members can invite a maximum of three guests each. 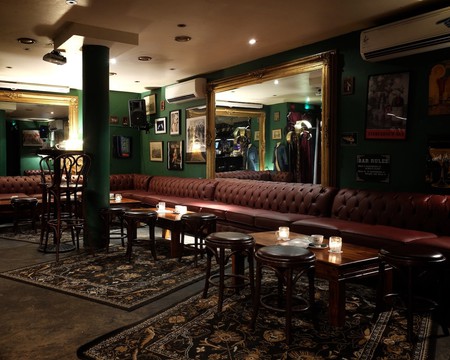 Only a handful of bars can claim to be quite as quintessentially British as Punch & Judy, which has been serving up cask ales since the 18th century. With original features intact and a balcony overlooking the Covent Garden piazza, this is one of London’s must-visit watering holes.

Lurking underground on Langley Street, just a two-minute walk from Covent Garden station, Foundation Bar is a subterranean delight boasting some splendid décor. Complete with cowhide furniture, a wall-mounted deer head called Dave and a series of intimate booths, this place is ideal both for dates and for drinks with friends. 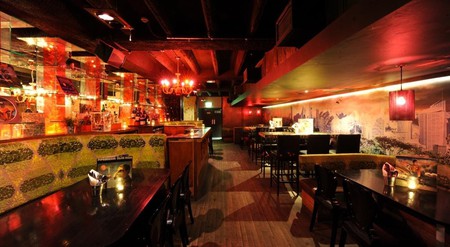 Harking back to Britain’s heyday during the Victorian era, The Escapologist offers a style and sophistication reminiscent of the prosperous period which inspired its historic theme. Exposed wooden walls and dim lighting cultivate a Victorian atmosphere, while comfy quilted booths and a selection of portraits combining the artistic styles of the 19th and 21st centuries give the bar an edgy appeal.

Formerly a debauched wine cellar that saw punters murdering dukes just so they could get in to drink, Adventure Bar is now a cavernous cocktail lounge pulsing with energy under the sprightly streets of Covent Garden. The downstairs Black Bar can accommodate up to 120 guests for private functions.