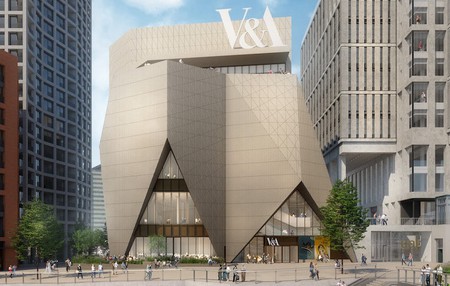 Courtesy of Mayor of London

You’ll be able to get your art and fashion fix in one at London’s new V&A museum in Stratford.

Inspired by couturier Cristóbal Balenciaga and his immaculate drapery, plans for the cultural centre in Queen Elizabeth Park were unveiled by Mayor Sadiq Khan on June 5th. The museum will be the star attraction of the mayor’s £1.1 billion East London makeover, which will also include a second Sadler’s Wells theatre, UCL and London College of Fashion campuses, the new home of the BBC Symphony Orchestra & Chorus and the BBC Singers. It will also host selected performances from British summertime favourite the Proms. 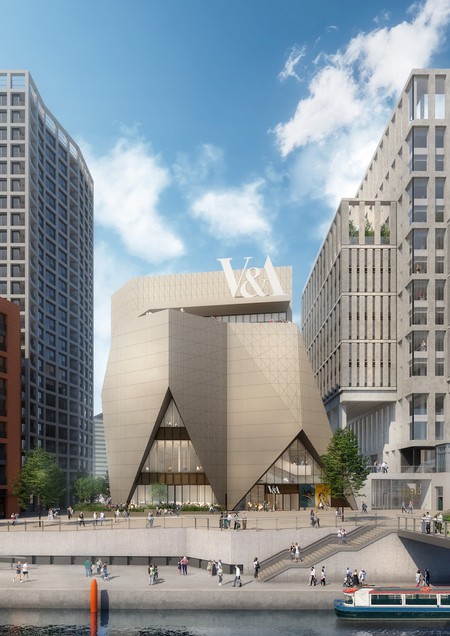 Architectural firm O’Donnell + Tuomey have designed the new fashion-minded V&A building to look like it’s cloaked in a layer of fabric, not unlike Balenciaga’s iconic and intricately structured evening gowns. Taking inspiration from this brand seems like a timely choice, as the museum’s South Kensington older sibling presented an exhibition on Balenciaga last year. On top if that, the brand’s £960 ($1,290) ‘t-shirt shirt’ has just gone viral and it’s difficult to find a celebrity or influencer who doesn’t strut their stuff in the label as often as possible.

The V&A East, as it will be known, is slated to open in 2022 and is a joint venture with America’s Smithsonian Institution. It will house the museum’s Collection and Research Centre on its state of the art premises, replacing its current archive in West London.

V&A director Tristram Hunt says of the project: ‘V&A East will revolutionise how our world-class collections are accessed, create a new museum and open up opportunities for collaboration, learning and discovery in ways we’ve never been able to before.’

The new site is another string to the institution’s ever-expanding bow. Its original Exhibition Road HQ is undergoing an huge expansion project, which will see it house the first porcelain-tiled public courtyard in the UK, as well as the new 1,100 square-metre (1,1840 square-foot) column-free Sainsbury Gallery. V&A Dundee, Scotland’s first design museum, will open to the public on September 15th of this year. In Shenzen, China, the museum is opening a gallery within the Sea World Culture and Arts Centre, which will house exhibitions from the London V&A.

The new East Bank | Courtesy of Mayor of London

The East London site fits in with Sadiq Khan’s vision for the area, which he is re-branding as the East Bank. The mayor sees it as a place ‘where everyone, regardless of their background, can access world-class culture and education on their doorstep.’ Sadiq continues: ‘East Bank is a fantastic collaboration of interdisciplinary work and world-class institutions that will drive forward growth and inspire more young Londoners to take up creative careers, transforming the communities of East London.’