A Music Lover's Guide to London 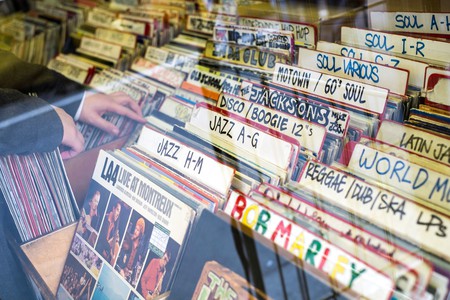 London is a dream to visit if you’re a music fan. The streets hum with the memories of the legendary musicians who have lived, played and recorded here. Whether you’re a fan of a specific artist or a genre from a certain era, delve into the city’s rich musical history with your own personal tour. 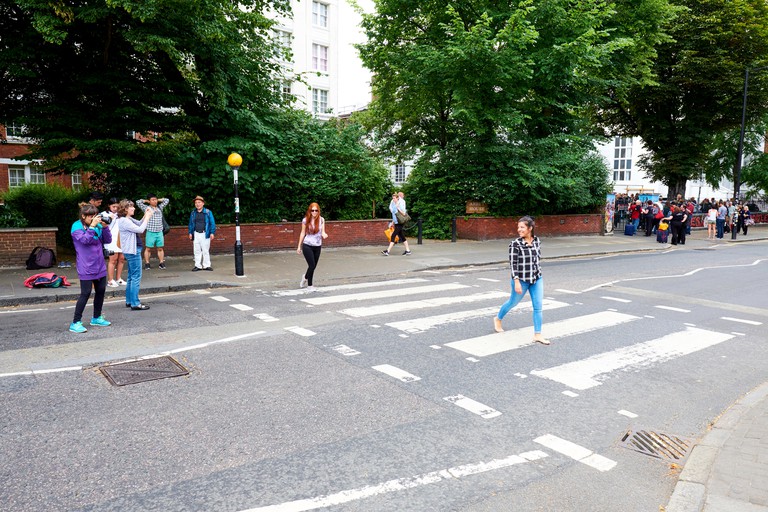 Wander down Denmark Street, where music history was made 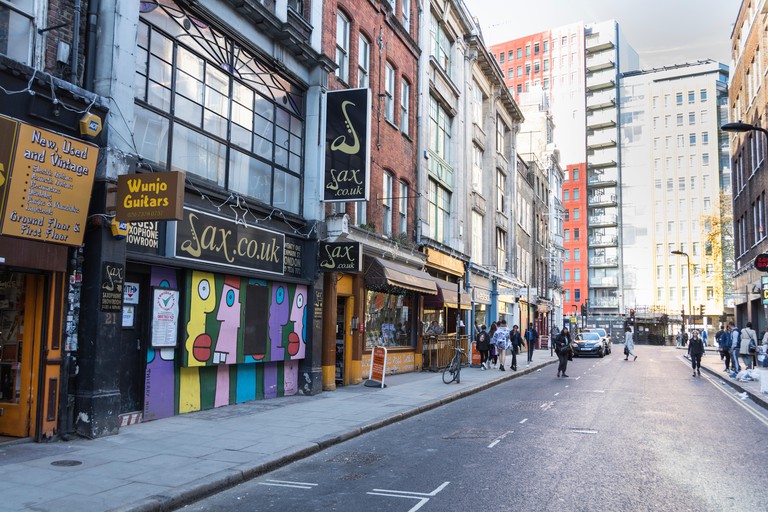 Denmark Street has a rich musical history | © Benjamin John / Alamy Stock Photo
This street in Soho, nicknamed Tin Pan Alley, has a rich musical history. NME and Melody Maker both had offices on the street when they first launched, and most of London’s music publishers and management companies were based there in the 1950s and 1960s. The Rolling Stones, The Kinks, Elton John, David Bowie and the Sex Pistols have all made music at recording studios along this street. It’s also where Bob Marley is said to have bought his first guitar, and two members of Bananarama lived here in the late 1970s.
Open In Google Maps
Denmark Street, West End, London, England, United Kingdom
Give us feedback 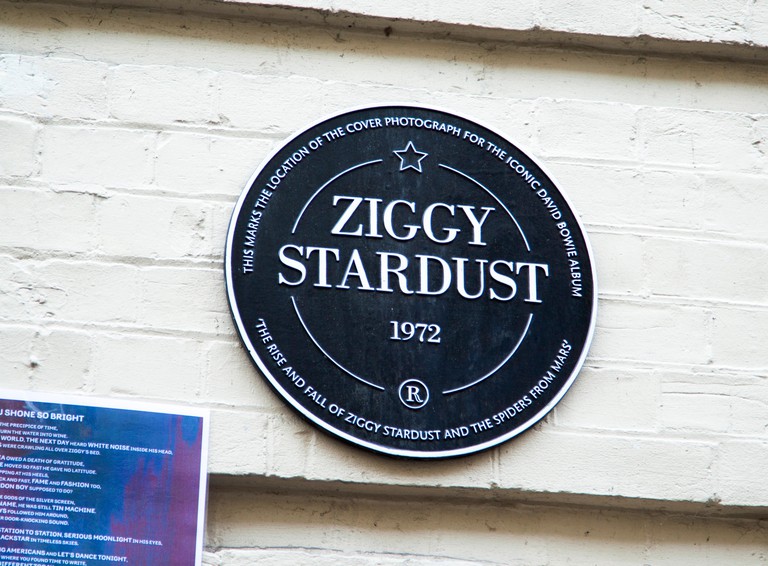 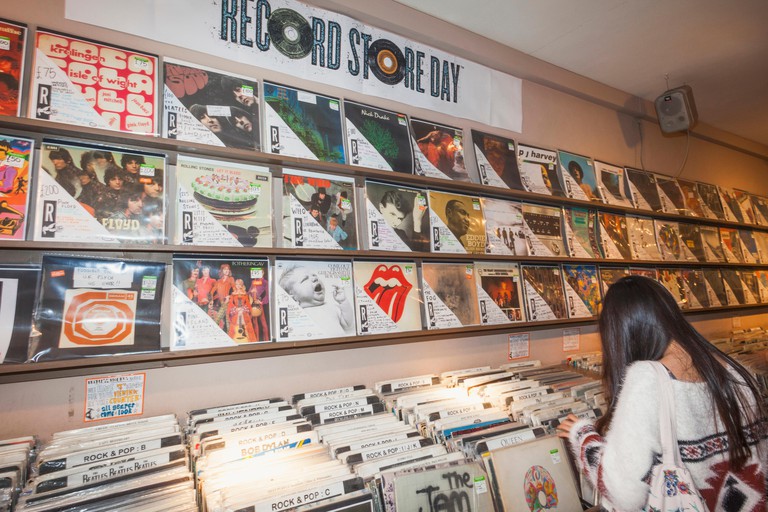 Berwick Street has London’s largest concentration of independent record shops | © Steve Vidler / Alamy Stock Photo
Berwick Street has been known as the ‘golden mile’ for vinyl junkies since the 1980s thanks to its many independent records shops including Sister Ray and Reckless. The Soho street also famously appeared on the cover of Oasis’s second album, (What’s the Story) Morning Glory?, in 1995. The band’s fans can often be found trying to recreate the image in the exact spot where it was taken.
Open In Google Maps
Berwick Street, Soho, London, England, United Kingdom
Give us feedback

Grab a pint at The Good Mixer, the pub many famous musicians have called their local

The Good Mixer occupies a special place in London’s music history. The no-nonsense boozer in Camden was the favourite hangout of Britpop stars in the 1990s. It’s where Elastica signed their first record deal and also where Menswear were formed. The feud between Oasis and Blur is rumoured to have started here after one of the Gallagher brothers dissed Graham Coxon’s outfit. Amy Winehouse was also a regular and liked to play pool here while sipping on a pint.
Open In Google Maps
30 Inverness Street, Camden Town, London, England, NW1 7HJ, United Kingdom
+442030760002
Visit Website
Give us feedback

See classical and rock combine at Handel and Hendrix House 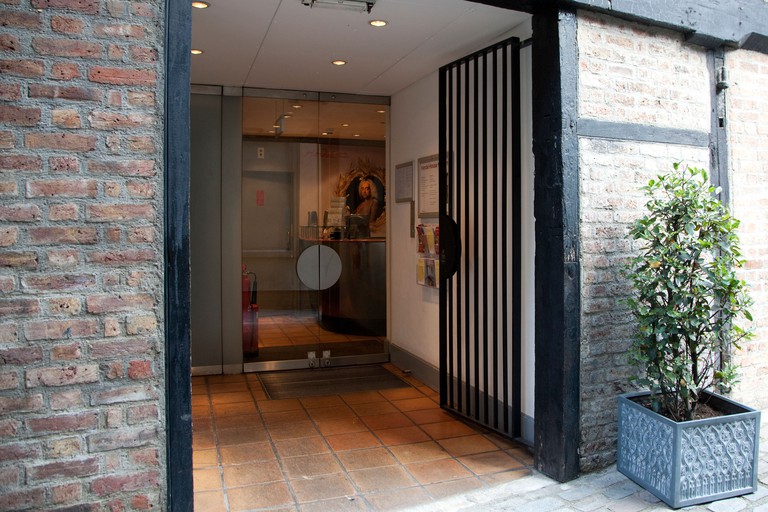 Handel House Museum is now open to the public | © Jeffrey Blackler / Alamy Stock Photo
Composer Handel lived at 25 Brook Street. Many years later, the flat next door would be home to another famous musician, Jimi Hendrix. The two have been brought together by Handel & Hendrix in London. Handel lived at Handel House from 1723 until 1759. It’s where many of his famous works were composed and performances of his music take place throughout the year. Jimi Hendrix lived briefly at The Hendrix Flat in 1968 and 1969. Previously only available to view during London’s Open House weekend, it is now fully open to the public.
Open In Google Maps
25 Brook Street, Mayfair, London, England, W1K 4HB, United Kingdom
+442074951685
Visit Website
Give us feedback

Enjoy jazz in an iconic venue 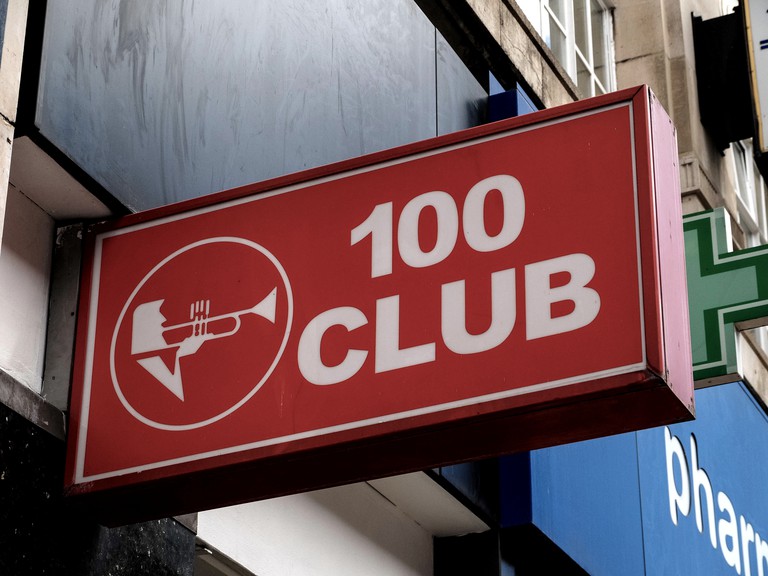 This renowned West End basement club first started life as Feldman Swing Club and quickly became a mecca for jazz fans. David Bowie, Louis Armstrong, Jimi Hendrix, the Rolling Stones, The Sex Pistols and Oasis are some of the major artists who have graced the stage at the 100 Club. At one point, it even had a Chinese takeaway inside the club in the 1970s, wedged in between the male and female toilets.