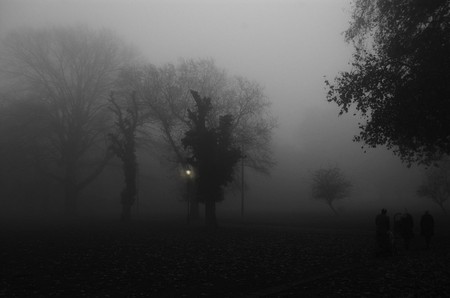 ‘And so they followed Dougal and Beauty up Rye Lane to the Harbinger. Beauty was half-way through the door of the saloon bar, but Dougal had stopped to look into the darkness of the Rye beyond the swimming baths…’

Peckham Rye has a dark magnetism about it, much like Dougal Douglas does, the central character of Muriel Spark’s 1960 novel, The Ballad of Peckham Rye. ‘Sparkworld’ is a term that critics sometimes use to describe this Scottish novelist’s fiction because hers is a prose which is at once immersive but at the same time compellingly ridiculous.

The Ballad of Peckham Rye sees a mercurial and Scottish immigrant, Dougal Douglas, brought into an overambitious textiles firm, Meadows, Meade & Grindley to ‘bridge the gap’ between industry and the arts. It seems that once he is there, the business owners know as little about what that should mean as we do and this environment of confusion allows the Scottish protagonist to wreak havoc with the local population, just as the Scottish Spark does with this London novel. 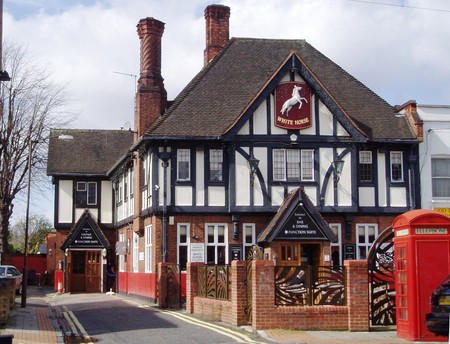 As the title suggests, Peckham Rye forms the focal point of this novel. While it is mentioned often, it appears at night, primarily as a dark force which compels the characters, as they look on from the street or the pub. Rye Lane serves as the thoroughfare for a lot of the action as scenes flit between pubs and locations that still stand today such as the Rye Hotel, the White Horse and the Morning Star (now the Nag’s Head). Where most of the action takes place, however, is the Harbinger pub, which seems to be the most fictionalised of the local haunts in this novel.

Following Spark’s novel around Peckham is to follow the conversations Dougal learns to consume. The novel is set to the pace of the then unremarkable lives of 1950s Peckham working class. It magnifies and distorts their lives much like the literary form of ballad is supposed to: saturated with heightened sentiment and a bawdy obsession with sex, the story which recounts Douglas’ impact upon this community relies heavily upon the circumstances of its location. This is because Douglas himself relies heavily upon the stories he hears from these locals: he is using them to flesh out an autobiography he is ghost-writing. Their stories become his, which in turn become ours, as Spark presents them. However, it isn’t all plain sailing for Douglas, and a fight on Gordon Road sees him take to flight, leaving a trail of disruption in his wake.

One character notes to Dougal that “not many young fellows your age would be prepared to settle down in a place like Peckham where the scope for any kind of fun is limited.” Current young residents might disagree, but Dougal Douglas and Spark seek out the ordinary as passage to the extraordinary. What The Ballad of Peckham Rye embraces in its climax is an image of Peckham in its transcendence, the common world of the pub transfigured into something as bewitching as Dougal’s dark vision of the Rye itself.