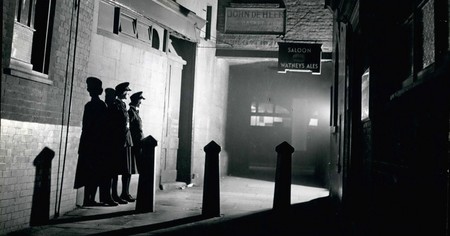 Set in London in the closing years of the 19th century, Joseph Conrad’s The Secret Agent (1907) takes Soho as both its central location and motif. A tale of espionage, intrigue and revolution, the novel examines themes of political extremism and social corruption that still resonate to this day. 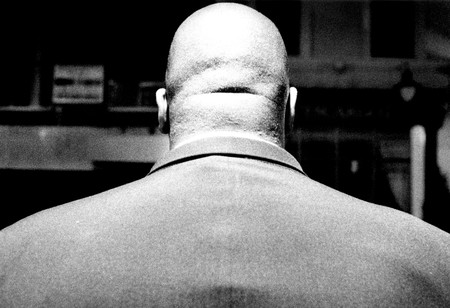 London’s Soho is integral to The Secret Agent’s physical and figurative landscape. At the end of the 19th century, Soho was synonymous with corruption and misdeeds. In the novel, it provides a murky backdrop to Verloc’s unscrupulous and questionable moral decisions, with its “sullen, brooding and sinister” streets. Dark, mysterious and difficult to navigate, the streets of Soho as Conrad describes them are “an immensity of greasy slime and damp plaster interspersed with lamps and enveloped, oppressed, penetrated, choked, and suffocated by the blackness of a wet London night, which is composed of soot and drops of water”. 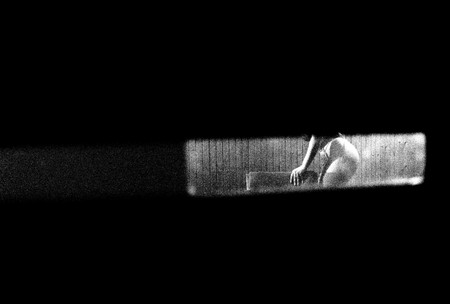 Although fictional, Brett Street – the location of Verloc’s shop – is supposedly based on Irving Street, which runs between Leicester Square and Charing Cross Road. Conrad’s depiction of it in The Secret Agent is threatening and enigmatic: “Brett Street was not very far away. It branched off, narrow, from the side of an open triangular space surrounded by dark and mysterious houses, temples of petty commerce emptied of traders for the night… Beyond all was black, and the few people passing that direction vanished at one stride beyond the glowing heaps of oranges and lemons. No footsteps echoed. They would never be heard of again.” 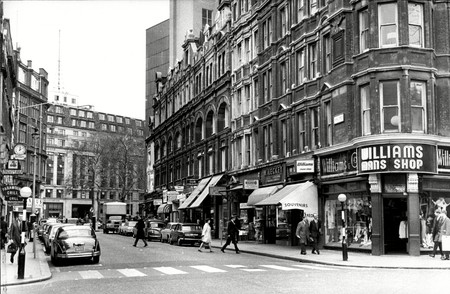 In the novel, set in 1886, Conrad presents London in social and political disarray, as would also be the case at the end of the 20th century. The unruliness of the city is captured when the main character visits his boss at the embassy outside Soho and finds that the numbering of the buildings has gone awry. The confusion and irrationality of Soho have seemingly leaked out into the surrounding London neighbourhoods, synonymous with the creeping anarchic extremism that the establishment is concerned with throughout the book.

The advent of modernity and its increasingly uncontrollable nature is also a cause for fear and trepidation in The Secret Agent, and one of the reasons the bomb plot is made in the first place – to awaken the British establishment to the dangers of modernity and the anarchists who embody its uncontainable possibilities. Here London’s population is characterised in animalistic language: “They swarmed numerous like locusts, industrious like ants, thoughtless like a natural force, pushing on blind and orderly and absorbed, impervious to sentiment, to logic, to terror, too, perhaps.” Reducing them to their supposedly natural fate of “pushing on blind and orderly and absorbed” towards the future, with no thought for control or regulation, heightens this sense of unpredictability and anarchy. 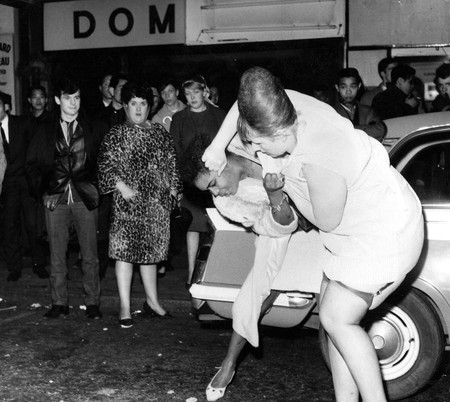 In The Secret Agent, Conrad weaves his tale of espionage, intrigue and base human morality with the cityscape of Soho and beyond. Dark, threatening and all-engulfing, Soho depicts both the deception of the central characters and the self-deception inherent in their actions and beliefs. A metaphor for the darker depths of the human mind, this “enormity of cold, black, wet, muddy, inhospitable accumulation of bricks, slates, and stones, things in themselves unlovely and unfriendly to man” provides the perfect backdrop to the novel. 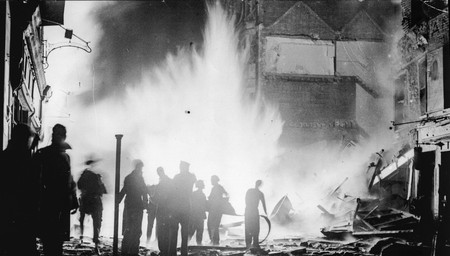 A Gas Main is hit during a raid on old Compton street in Soho London. | © ANL/REX/Shutterstock