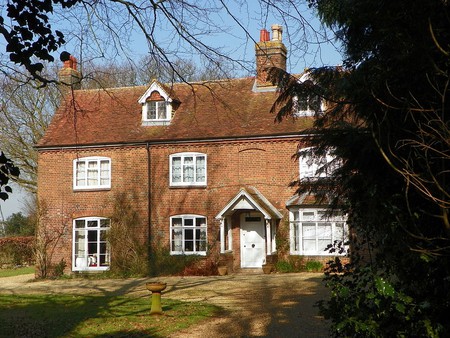 Published in 1910, Howards End by E.M. Forster encapsulates Bloomsbury, London at height of Edwardian Britain. A study of social moves, codes of conduct, class divisions and inter-family relationships, the novel’s themes and climatic moments are situated in the physical location of Howards End, a house in the country. However, the London area of Bloomsbury is also used within the novel as a means of exploring the social values, class politics and rapid modernisation inherent to the Edwardian era.

Howards End tells the tale of three different families. The first family, the Wilcoxes, are rich and established, having made their fortune in the British colonies in the 19th century. Their family house is called Howards End, which becomes the focus of the novel. The second is the Schlegels, a family of three sisters who come into contact with the Wilcoxes while in Germany. The sisters are cultured, educated and progressive with their political views, and come to represent the Bloomsbury set, of which Forster was a member. The Bloomsbury group were a collection of intellectuals, writers and artists who lived in and around Bloomsbury at the start of the 20th century, and were liberal in their experimentations of how to represent truth, beauty and the human experience within their works. The final family are Leonard and Jacky Blast, an impoverished couple who represent the other side of the social coin in Edwardian London. 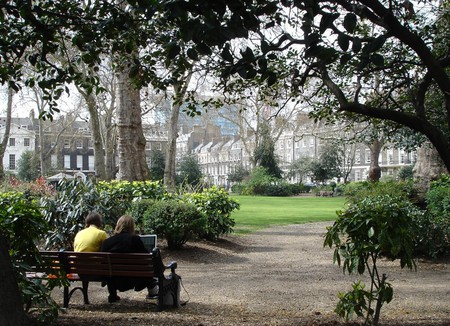 The novel follows the complex, interwoven lives of these three families, and focuses on the social conventions and divisions that drive their interactions and the plot of the novel. Progressive notions of society and equality are explored, in particular women’s rights and the difference between the different social classes at the time. The three Schlegel sisters are the novel’s protagonists, and their similarities to the Bloomsbury group place the novel squarely within both this social milieu and the physical space of Bloomsbury, London.

Howards End reflects that London was a place of rapid change at the beginning of the 20th century. The population was growing, and class divisions of British society were at once beginning to become blurred and simultaneously reinforced. “Only connect!” is E.M. Forster’s epigraph of the novel and is the key to understanding the text. Within Howard’s End, Forster shows how overcoming political, gender and class differences will inevitably make society a better and more open place to live. “All men are equal – all men, that is, who possess umbrellas” also demonstrates how central money and power are to the novel, embodying how it separates the characters and also brings them together.

Within Howards End, Forster demonstrates his faith in human relations, and their ability to prevail despite the dramatically altering society of the early 20th century. Above all, the novel uses the progressive ideas and beliefs of the Bloomsbury group, embodied by the Schlegel sisters, to show how society could move forward from class and gender division, and into a brave new world of empathy, understanding and social equality. In the novel, Bloomsbury becomes the nexus of this argument, as the physical setting within the novel interacts with the symbolism of the association with the Bloomsbury group.