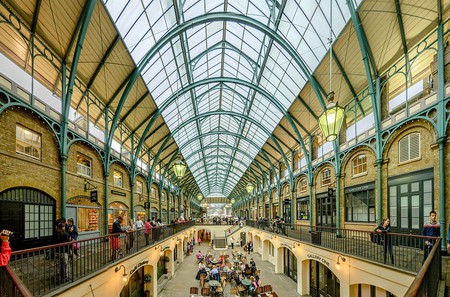 ‘Is this where you tell me that there’s a secret branch of the Met whose task it is to tackle ghosts, ghouls, faeries, demons, witches and warlocks, elves and goblins…?’

‘You haven’t even scratched the surface,’ said Nightingale

Beginning his writing career in the 1980s for the BBC, Aaronovtich carved a niche for himself in science-fiction screen writing. He began on Doctor Who but then tried something entirely different when writing for hospital soap Casualty in 1990. He married these two strands in his work for science-fiction soap opera Jupiter Moon, for which he wrote 10 episodes. However, it was with the 2011 publication of his Rivers of London where he really found his voice. As the title suggests, Ben Aaronovitch’s conception of London is synonymous with his success as a writer. The novel demonstrates Aaronovitch’s cinematic grasp of the English language and his interest and aptitude for describing the magical and supernatural juxtaposes brilliantly with the mundane world as he helps us mere mortals and his protagonist Peter Grant escape.

DC Peter Grant rather stumbles his way through Aaronovitch’s Rivers of London series, and it all begins at the Covent Garden murder scene he is charged with guarding for want of any more responsibility. Standing around ‘like a mug’ – Grant’s own phrase – the probationary officer acts instinctively when he sees a shady figure slip by, and with this gut feeling driving his actions, chases down the character who will change his career irreversibly.

Rivers of London takes little time to wrench Londoners from coherent reality. Nicholas Wallpenny is the character Grant gives chase to, a man who makes no bones about the fact he is dead. From this point in the novel, London entertains an otherworldly duality. Shortly after this encounter Peter Grant is tapped up by Inspector Thomas Nightingale, the last remaining wizard in the Met. But he isn’t like Harry Potter, he stresses, because Harry Potter is a fictional character. This tongue-in-cheek irreverence for convention is what zips Rivers of London along as Nightingale and his newly blooded apprentice, Grant, conduct their paranormal hunt in a parallel with a Met police investigation that chooses not to see what they do. 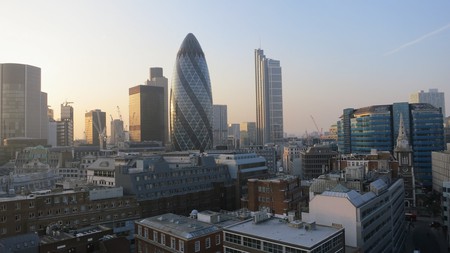 ‘Now I’m a Detective Constable and a trainee wizard … negotiating a truce between the warring god and goddess of the Thames, and digging up graves in Covent Garden … and there’s something festering at the heart of the city I love, a malicious vengeful spirit that takes ordinary Londoners and twists them into grotesque mannequins to act out its drama of violence and despair.’

Peter Grant’s is based in the Charing Cross Police Station before he moves to the Folly – the home of British Magic – on the other side of Covent Garden in Russell Square. Yet Hampstead, Richmond, Mayfair, Archway and South Wimbledon are just some of the places Grant and Nightingale must go to solve their case and keep Londoners safe from the spirits all but a select few are ignorant of.

Yet despite this buccaneer work-ethic, what makes Rivers of London so charming to the local reader is the contrasting appreciation for the quotidian and, quite frankly, mundane aspects of Grant and Nightingale’s routines. Aaronovitch writes in such a topological way that it is possible to trace the pair’s progress through the pubs, cafés and streets of Covent Garden and the surrounding area. Places like The Spice of Life pub on Moor Street, the Wong Kei restaurant on Wardour Street and the Groucho Club on Dean Street all provide a backdrop at various points in Rivers of London, as if inviting those curious enough to do some investigating of their own.