A History Of The Mr. Men And Little Miss Series In 1 Minute

This year marks 45 years of the beloved British children’s series, Mr. Men, first created by Roger Hargreaves in 1971 and followed later by the Little Miss series. This September may mark the 28th anniversary of Hargreaves’ death, but his gang of lovable characters have never faded in their appeal, enjoyed by millions of children around the world. Here’s everything you need to know.

Roger Hargreaves was born in West Yorkshire in 1935. As a youngster, he had a talent for drawing and would continue to nurture an ambition of becoming an illustrator in his later career as an advertising copywriter.

In 1971, Hargreaves’ eldest son Adam asked him a peculiar question: what does a tickle look like? In response, he penned the tale of the long-armed, loveable rogue Mr. Tickle. Once published, Mr. Tickle became a runaway success, selling one million copies within the first three years.

Over the next couple of years, Hargreaves would create 12 more of his iconic characters. In 1974, the BBC produced an animated series, The Mr. Men Show, voiced and narrated by Arthur Lowe of Dad’s Army, followed by a second series a year later.

Over the coming years, the Mr. Men gang would venture into a range other mediums; starting in 1977, British newspapers The Mirror and Daily Mail published a Mr. Men comic strip, and in 1979 BBC records released The Mr. Men Songs. 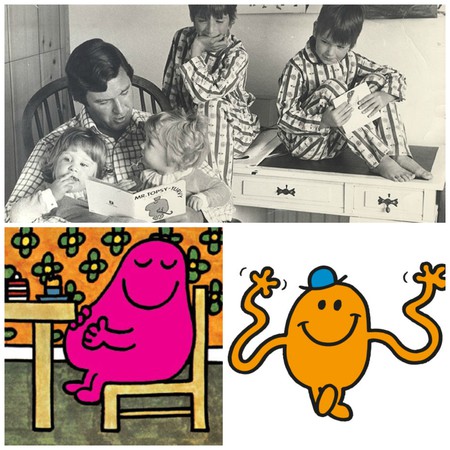 By the end of the 70s, Hargreaves had created 39 Mr. Men characters, and it was time for something new. The first Little Miss character, Little Miss Bossy, was brought to life in 1981, followed swiftly by several others. A Little Miss animated series was produced in 1983.

In 1988, Roger Hargreaves died suddenly, and the family business fell to Adam, who was by now 24. Though several of his father’s creations continued to be published posthumously, Adam wouldn’t create his first characters until 2003. In 2006, Adam created Little Miss Stella as invitations for a Stella McCartney fashion show, the first character to be based on a real person.

Today, the Mr. Men and Little Miss series have sold over 100 million copies worldwide, and been translated into a multitude of languages including French, Mandarin, Hebrew, Spanish and Icelandic. In recent years, Fox Animation have acquired the rights to the characters, and Mr. Men: The Movie is currently in the works.