A History Of The Arts And Craft Movement In 1 Minute 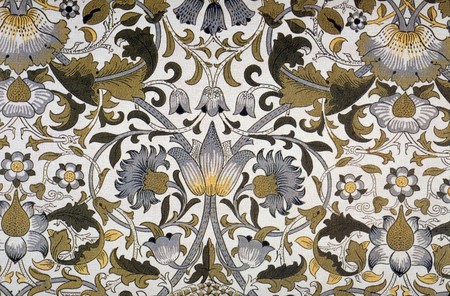 The Arts and Craft Movement of the late 19th century was one of the most influential artistic movements in modern British history. A philosophy advocating major social reform, it rejected modernity in favour of a romantic revival of medieval and folk aesthetics and traditional techniques. Its impact was far reaching, and it continues to influence craftsmen to this day.

The movement’s origins lie in the 1850s. It was an essentially reactionary phenomenon, brought about by growing discontent with industrialisation and its perceived detriment to the decorative arts, with the Great Exhibition of 1851 having sparked discussion about the poor, artificial aesthetics of ornaments produced by mechanised means.

In 1851, art critic and writer John Ruskin published his seminal text The Stones of Venice. Praising gothic architecture, whose roughness was evidence of the craftsman’s personality and freedom, Ruskin attacked the division of labour between thinker and worker under industrial capitalism, and the identical, soulless, and inhuman goods produced through repetitive labour. Ruskin wished to see the reunification of mind and body in a new breed of craftsmen, elevated to the status of artist.

Ruskin’s ideas were hugely influential to designer and social activist William Morris. Forging links with the Pre-Raphaelite Brotherhood while at Oxford in the 1850s, Morris was drawn to medieval history and architecture, fostering a romantic vision of a pre-Industrial world where master craftsmen were both designers and manufacturers of their work. 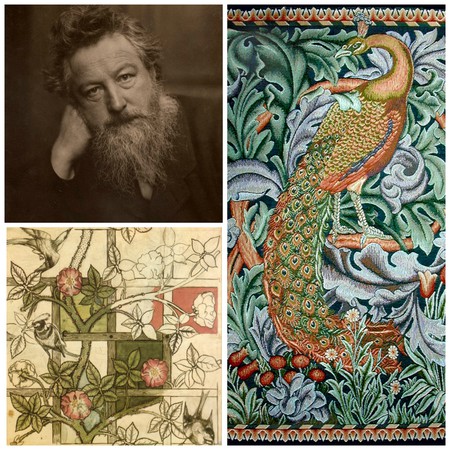 In 1861, Morris founded his own decorative arts company, researching and mastering pre-factory methods of production — rejecting, for instance, chemical dyes in favour of organic ones, disgusted with the pollution of industrialism — and working hands-on in a range of disciplines including wall-paper, furniture and stained glass window design, embroidery, textiles, tapestry, and typesetting.

By the 1880s, Morris was a renowned figure, his designs the height of fashion, and the wider Arts and Craft Movement was born. Between the late 19th and early 20th centuries, 130 Arts and Crafts guilds, associations, and communities were founded, while Liberty & Co dealt in goods favoured by the style, nurturing commercial relationships with its artists. In 1884, the Art Workers Guild formed with the goal of promoting applied arts to the level of fine art. In 1887, the Arts and Crafts Exhibition Society began to exhibit the work of decorative craftsmen such as Morris in London. The movement became the dominant force in British art through to the 1910s, its ideals influencing everything from architecture to painting, enamelling to ceramics, leatherwork to lacemaking, and spreading across Europe, America and Japan.