A History of Humour in Protests 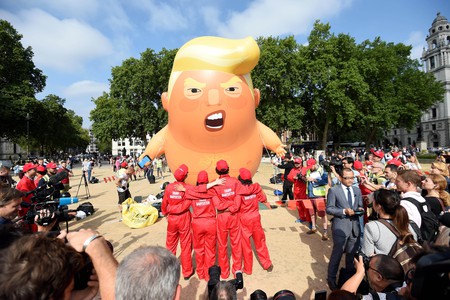 As Londoners gaze up at a protest blimp depicting the American president as an oversize baby, we take a look at the role of humour in political protests.

Swaddled in a fresh diaper, smartphone in (tiny) hand and with skin a shade of orange that has been described as somewhere between salmon and ham, the Trump baby blimp, and the reaction to it, has a lot to tell us about the role of humour in political protests. 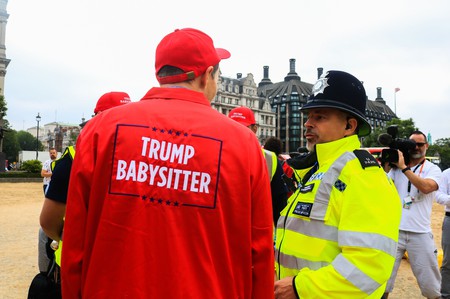 Political protests are a result of tensions running high and laughter is one way to relieve that tension. As a result, humour has been used to help people deal with difficult political moments without being dragged down with the depressing realisation that as an individual there is very little one can do to create change on a large scale.

At the Women’s March, people wore “pussy hats” that mimicked cat ears to reference President Trump’s history of sexual assault. Instead of openly discussing sexual assault, the hats served as an amusing response to a very serious offence.

In addition to using laughter to console ourselves, humour gives us the chance to laugh with one another. In the context of political speech, this has the effect of energising a protest group through positive emotions, which can be used to diffuse a tense atmosphere. 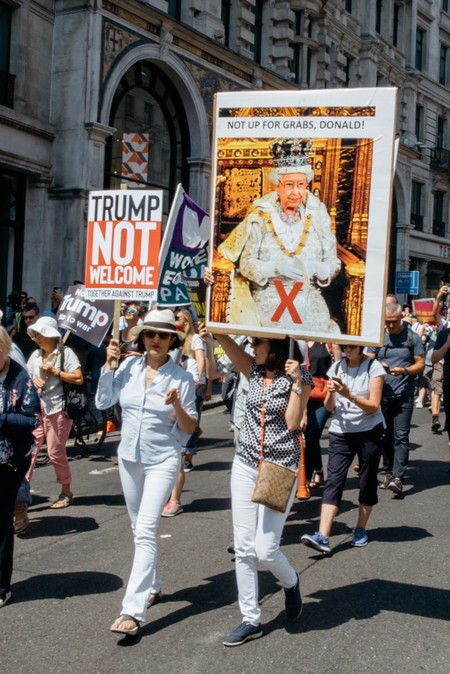 Historically, humour has been used as a socially acceptable way to disrupt the social order. Court jesters across cultures were able to speak out about politics with monarchs or members of the ruling class simply because they were able to mask their remarks with jokes.

While audiences may have laughed off the remarks, the fact that someone outside of the ruling class was able to speak explicitly about politics was revolutionary. 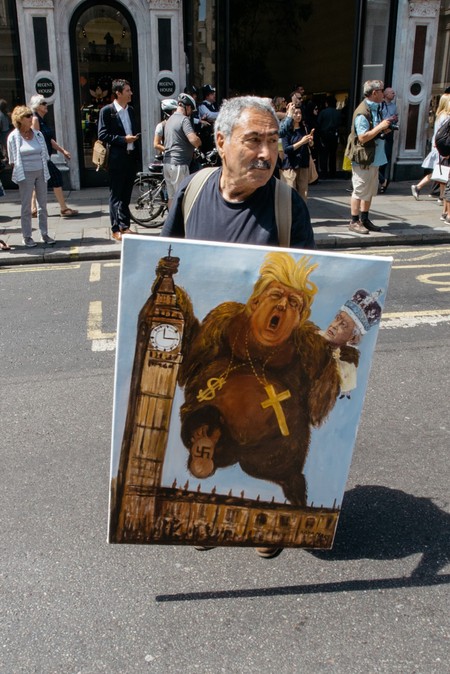 In moments of extreme political turmoil, comedy is a remarkable way to point out the absurdity of some of the things we accept as normal in society. During the Soviet Union, people would express their discontent through jokes, usually poking fun at the impersonality of their government.

One such joke describes a judge who tells a friend that he had just heard the funniest joke in the world. When the friend asks for the judge to retell the joke, the judge replies, “I can’t – I just gave someone 10 years for it!” Political humour holds a mirror up to society, forcing us to reconsider what we deem acceptable or not.

Fortunately for people who live in countries with free speech rights, there is little reason to fear imprisonment for any political jokes they choose to make. However, humour in the context of restricted speech is dangerous when it becomes political. 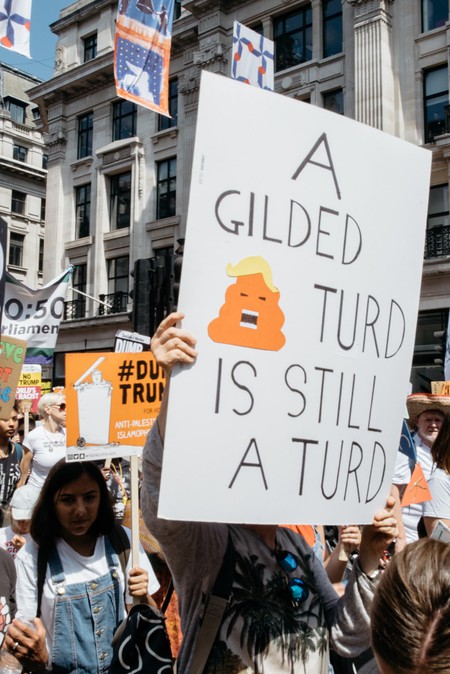 When protesters engage in activity that is unexpected and humorous, it forces people to pay attention. This has become especially useful in the age of social media and the 24-hour news cycle. Comedic language and behaviour give political movements an edge that helps them stand out from the crush of information coming through people’s newsfeeds. 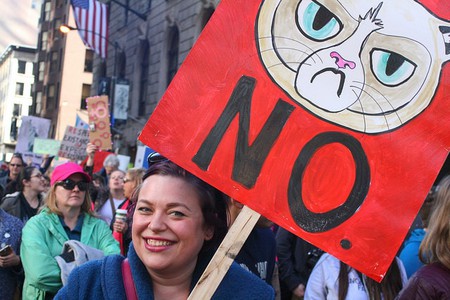 In an age where even avocado toast seems to elicit a political response, it is no surprise that political protesters employ humour to get their points across. In an interview with 60 Minutes Australia, millionaire Tim Gurner suggested that millennials could afford houses if they’d only stop splurging on green gold.

Millennials responded to the absurd suggestion that they could pay off student debt and be unaffected by a broken economy by denying themselves avocado toast in their native language, Twitter memes. 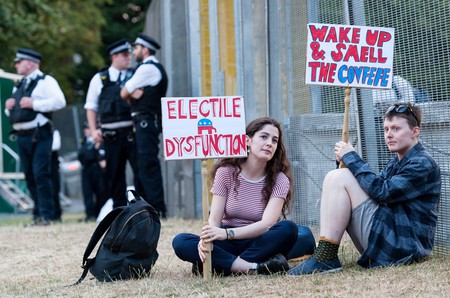 Mandatory Credit: Photo by Wiktor Szymanowicz/REX/Shutterstock (9760543u) A group of protesters make noise and demonstrate against Donald Trump's policies outside Winfield House, the US Ambassador's residence in Regent's Park, where Donald Trump and first lady Melania spend their only night in London during their three-day working visit to the UK. Donald Trump protest outside Winfield House, London, UK - 12 Jul 2018 | © Wiktor Szymanowicz/REX/Shutterstock

By utilising a comedic approach to discuss political discontent, we are able to express our beliefs and horror at the state of the politics in a way that is cathartic and healing. Through laughter at the absurdity of modern politics, the conversation about politics becomes less fraught, without losing its meaning, making it easier for us to have discussions about difficult topics like political differences.