A Guide to the City of London 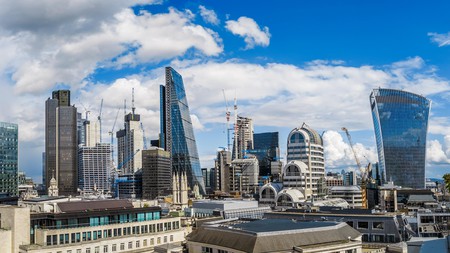 London’s oldest neighbourhood hugs the Thames as the river turns east again after its northward glide past the Houses of Parliament and the London Eye. Here, in the City of London, skyscrapers loom over medieval streets, and historic icons such St Paul’s Cathedral and the Tower of London speak to the area’s powerful past.

The City, or the Square Mile, is the original London. Its walls, still visible today, were built by the Romans in AD 200 and marked its official boundaries until the end of the Middle Ages. As London’s historic financial district, it’s home to the imposing Bank of England and the Royal Exchange, as well as various newer developments that have sprung up in recent years. 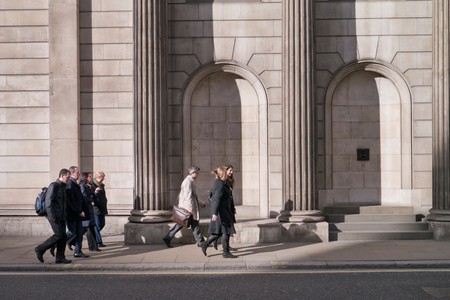 The introduction of 21st-century skyscrapers (commonly known by their affectionate nicknames) has added to an instantly recognisable skyline that was once dominated by the dome of St Paul’s Cathedral alone. Even though the Gherkin, Walkie Talkie and Cheesegrater are in stark contrast to their architectural predecessors, they fall in line with City tradition – the last of the three got its distinctive shape because of its proximity to one of eight “protected view corridors”, pathways enshrined in law that guarantee uninterrupted views of the cathedral from points across London. 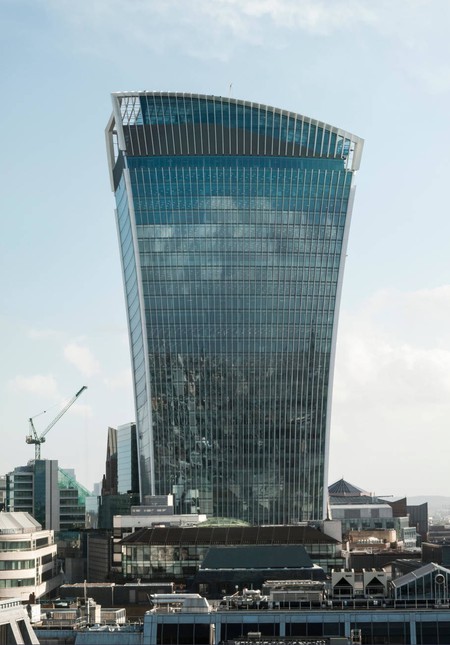 For views of the City and right across the capital, head to the Sky Garden on the top floor of the Walkie Talkie or climb the 311 steps to the tip of the Monument, a column erected to commemorate the Great Fire of London, which ravaged London in 1666, and to celebrate the city’s rebuilding. 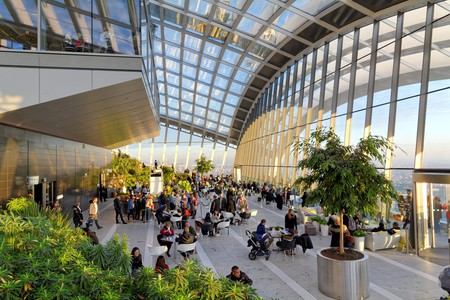 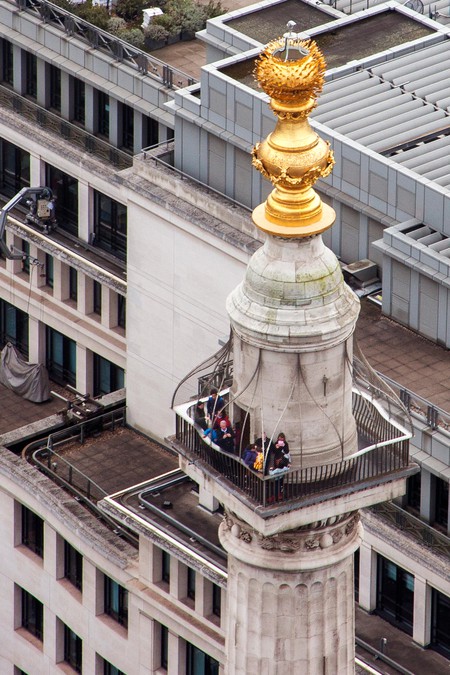 As new development has continued, glimpses into the area’s past have revealed themselves piece by piece. Beneath the cobbled streets lies the Billingsgate Roman Bathhouse and below Bloomberg’s European headquarters sits the Roman Temple of Mithras. First discovered under rubble during the Blitz, it can be viewed today as part of an incredible immersive exhibition. The reconstructed temple is home to a number of Roman artefacts found during its excavation, which are presented alongside new art commissions.

But you don’t have to go underground to go back in time. When Leadenhall Market was first built nearly 2,000 years ago it was the largest market north of the Alps, and it has long been a bustling trading spot. No longer used for the trade of meat and poultry, as it was in the 14th century, it’s now home to shops, bars and restaurants – extensive refurbishment in the 1990s preserved its glorious Victorian roof, cobbles and framework. 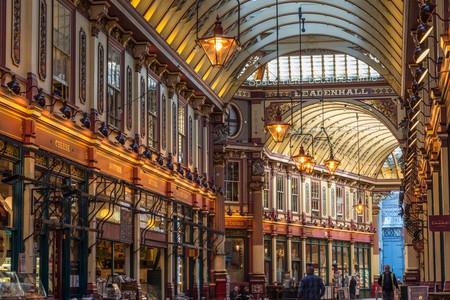 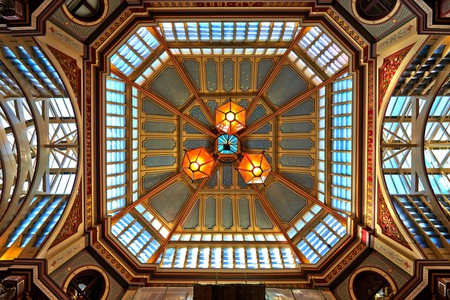 Alternatively, make you way to Guildhall to see the largest surviving medieval crypts in London, which are housed within its Gothic grandeur. Fans of 20th-century architecture should walk to the Barbican for some of the best examples of the Brutalism that flourished in the 1960s and ’70s, as well as for the concerts and exhibitions shown within its hand-drilled concrete walls. 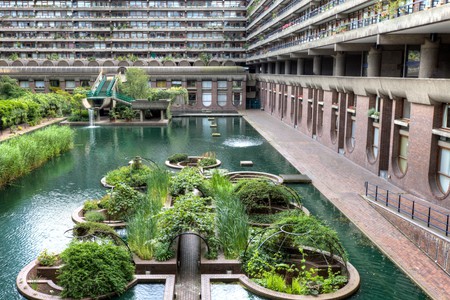 For a more gruesome view of the City, walking tours exploring the Plague, Jack the Ripper and even the area’s ghosts are easy to find, and there are plenty of brilliant watering holes along the way – Ye Olde Cheshire Cheese and the Rising Sun are particularly special.