A Guide to Stanley Kubrick’s London 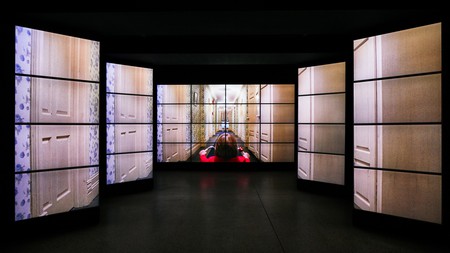 Stanley Kubrick’s films may be set in wide-ranging locations, such as America, Vietnam, Ancient Rome and even outer space, but did you know that some of his most well-known movies were shot in London? 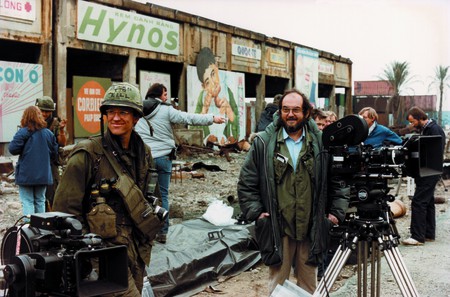 Few filmmakers have created worlds as iconic as those of Stanley Kubrick. The frozen maze at the back of the hulking Overlook Hotel in The Shining (1980), the imposing War Room in Dr Strangelove (1964) and the Brutalist architecture of Thamesmead – the perfect backdrop for the casual brutality in A Clockwork Orange (1971) – have lived on in people’s minds for decades. That his sets have been so influential is even more impressive when you consider that Hertfordshire-based Kubrick’s reluctance to leave England meant that he had to create his disparate worlds right here. 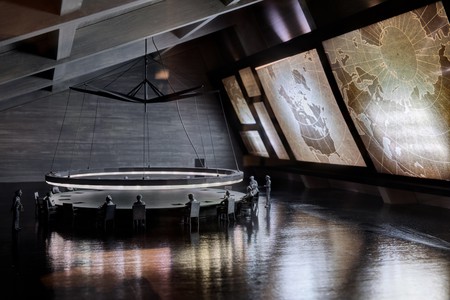 Adrienne Groen, co-curator of the Design Museum’s ‘Stanley Kubrick: The Exhibition’, explains. “Kubrick was a very private man who liked his home. Filming in the UK meant that he could go home at the end of the day, which was a positive aspect for him. He didn’t like to travel and didn’t care for flying – when he went to the US he went via boat.”

From the 1960s onwards, London therefore stood in for a number of more exotic locations in his movies. “He used the city as a blank canvas; it’s almost a character in the film itself,” Groen says. Lots of research went into finding London locations that could represent the film settings, with plenty of scenes also shot at Pinewood and Elstree studios. For any Kubrick fans in London, here’s a look at some of the places where the director’s magic lives on.

Groen says, “2001 is extraordinary, because Kubrick really created the future with this film. It was made before the moon landing, so there were no references – nobody knew what the surface of the moon felt like, for example.”

Most of 2001 was shot at Shepperton Studios, but the room that Dr David Bowman enters at the end of the film was inspired by the actual suite that Kubrick stayed in at London’s Dorchester Hotel. And there’s a fascinating remnant from the production still on display in London: the original monolith. Kubrick initially wanted the slab to be made in acrylic, and the world’s largest solid acrylic block was created for the film before he rejected it in favour of the black basalt monolith. The acrylic block, which weighs two tons, can still be seen at St Katharine Docks in East London, where it was installed and engraved with a crown to celebrate the Silver Jubilee of Elizabeth II in 1977. 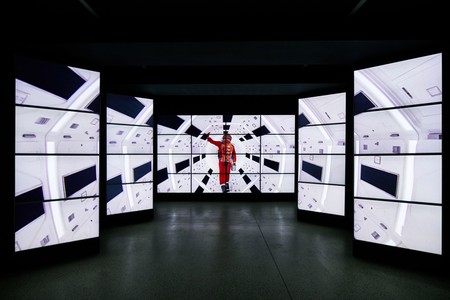 '2001: A Space Odyssey' playing at the entrance to the exhibition | © Ed Reeve for the Design Museum

A Clockwork Orange is based on the eponymous novel by British writer Anthony Burgess, and the film has plenty of ties to London. The costumes worn by lead character Alex and his gang of Droogs were designed by Italian costume designer Milena Canonero, who drew inspiration from the youth cultures of London in the late ’60s, especially the skinheads. “Their striking, conspicuous look, which used grotesque elements, was very frightening. Their freakish ways inspired my idea of the Droogs,” she says.

Much of A Clockwork Orange was shot in Thamesmead, a new town in East London built in the British Brutalism style of the ’60s, whose appeal had started to fade by the time Kubrick made the movie in 1971. The film didn’t exactly help – the area’s lack of social amenities and shops, as well as its poor public transport, had already tarnished its image and the brutality of the movie underlined its dystopian aspects. Kubrick also filmed at Brunel University in West London, another Brutalist masterpiece. It’s now a listed building, as people are once again appreciating the clean lines and imposing shapes of the architectural style. A third location, the Chelsea Drugstore, hasn’t fared as well; today, the beautiful building is home to a McDonald’s. 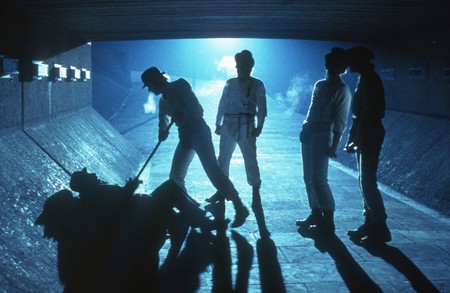 On paper, turning a former coke-smelting plant in East London into a battleground in Vietnam sounds implausible, but Kubrick pulled it off. “Kubrick really went above and beyond to create the real thing,” Groen says. “They ended up importing 200 palm trees from Spain, as well as plastic tropical plants, to use at Beckton Gas Works.” The gasworks, built in the 1930s, were turned into the city of Hue through the use of explosives and six weeks of selective demolition. “Today, so much in film is done digitally or through special effects; Kubrick used actual places,” Groen points out. For Full Metal Jacket, Kubrick also drew inspiration from British photographer Don McCullin’s uncompromising war photos from Vietnam.

There’s no trace of the gasworks left, but the area around it is easy to reach by bicycle along the picturesque Greenway route, and you can admire the ‘Beckton Alps’, the slag heap from the old gasworks, which earned its nickname by allegedly being the highest artificial hill in London. 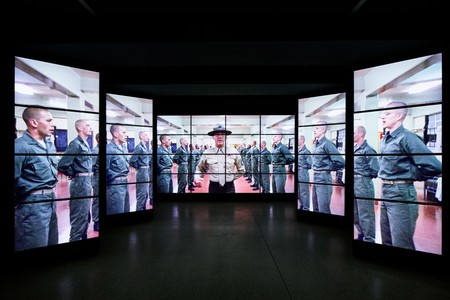 Kubrick’s last film premiered in 1999, after his death the same year, and like his others it was preceded by extensive location research. This time it was Manhattan that was to be recreated – using London streets. One of the most fascinating items at the Design Museum exhibition is a panorama of Commercial Road in East London, which was one of the locations that Kubrick wanted to use to recreate Manhattan, specifically the western streets in Greenwich Village. Kubrick did use Worship Street and Hatton Garden to represent Greenwich Village in the film, but the majority of Eyes Wide Shut ended up being shot in a studio, Groen says, adding, “I think the fact that most of Manhattan was created in a studio actually ends up adding to the dreamlike, fantasy quality of the film.” 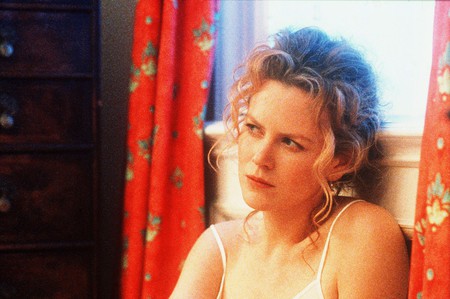