A Guide to Peckham, South London 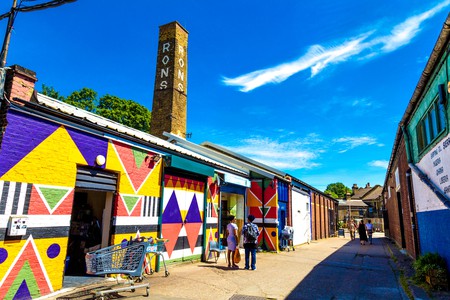 Home to diverse communities, arty venues and a thriving food and drink scene, southeast London’s Peckham is one of the capital’s coolest neighbourhoods.

A stroll along Rye Lane, Peckham’s bustling central thoroughfare, will give you a taste of what this South London district is all about. A handful of African restaurants and takeaways point to the area’s large British-Nigerian community, which has earned this enclave of Peckham the nickname ‘Little Lagos’. The street’s heritage as a major shopping destination in the late-19th and early-20th centuries can be found in its architecture; on the corner of Rye Lane and Peckham High Street is a rather grand building and clock tower, the former site of a once-flourishing department store. Then there’s the Bussey Building, a manifestation of Peckham’s evolution into an arty hotspot, home to live music, theatre and club nights. 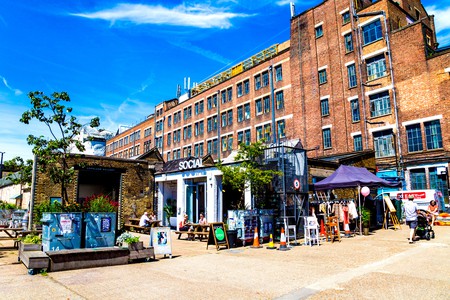 Peckham’s creative side doesn’t end there – and it certainly didn’t begin there, either. South London Gallery on Peckham Road has been bringing international contemporary art to the people of South London for over 100 years, while much-loved independent cinema Peckhamplex shows blockbuster films for bargain prices. Just across the rail tracks from the Bussey Building is Bold Tendencies, a multistorey car park converted into an exhibition space. Those from London and beyond flock here for summertime staple Frank’s Cafe, a rooftop bar on the car park’s highest tier that serves up a heady cocktail of contemporary art, alcohol and fantastic views over the capital. 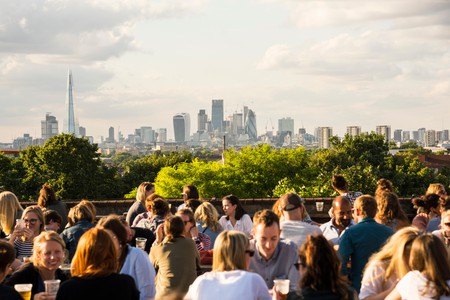 Every summer, people from all over flock to Frank’s Cafe in Peckham | © Johnny Greig / Alamy Stock Photo

It’d be remiss to talk about Peckham without mentioning its burgeoning dining scene. The area boasts an exciting, international spread of restaurants; whether you fancy fluffy bao buns or Thai street food, you’ll find it in Peckham. Local favourites include buzzing neighbourhood brunch spot Pedler and pan-Balkan restaurant Peckham Bazaar. Drinking in Peckham is just as fun. As well as being home to the legendary club night South London Soul Train, Peckham has buzzing rooftops, craft breweries under railway arches and a bar dedicated to retro gaming. 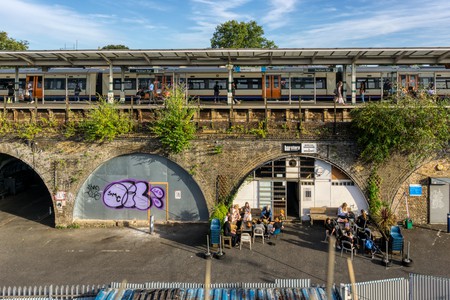 A train from London Bridge to Peckham Rye station takes a little over 10 minutes. From there, the neighbourhood’s best restaurants, bars and cultural venues are moments away. Peckham’s boutique hotel scene is yet to fully catch up with the area’s newfound popularity, though there are a handful of nice places to stay here, with pub-turned-boutique hotel The Victoria Inn leading the pack.