A Guide to Islington, North London 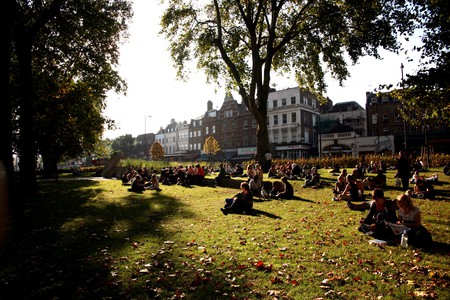 Once an inner-city suburb struggling with social decline, Islington has been transformed into one of London’s most desirable neighbourhoods. With its prime location, unrivalled restaurant scene and gorgeous Victorian townhouses, it’s easy to see why.

Bordered by Highbury to the north and Hoxton to the east, with the coveted area of Angel at its heart, it’s no wonder Islington is such a popular spot to live in. Lucky residents not only have central London within easy reach, but also the most restaurant-dense district of the city right on their doorstep.

This buzzing quarter of North London has changed beyond all recognition since 30 or so years ago, however. The once-agricultural area was blighted by the advent of the railways, and in the mid-20th century had fallen into social decline. Islington has experienced something of a renaissance in recent years, becoming the shopping and dining hotspot that it is today. 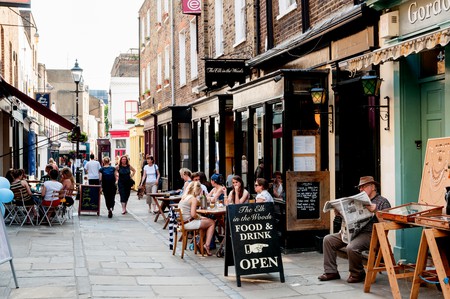 Most restaurants are on Upper Street, the neighbourhood’s main drag that runs between the underground stations of Angel and Highbury & Islington. This lively thoroughfare is packed with possibilities for shopping, dining and drinking. The options for eating on Upper Street and in Angel are endless, ranging from the compact Afghan Kitchen, known for its simple menu of warming dahls and stews, to the delicious grub at Ottolenghi.

Being home to pubs since the 16th century, it’s no wonder Islington is a nightlife hotspot, attracting a slightly older crowd than nearby Shoreditch. There are the King’s Head and Old Red Lion theatre pubs, several trendy cocktail bars and plenty of late-night venues (head to Wenlock & Essex for its kitsch light-up dance floor and mirrored ceiling). 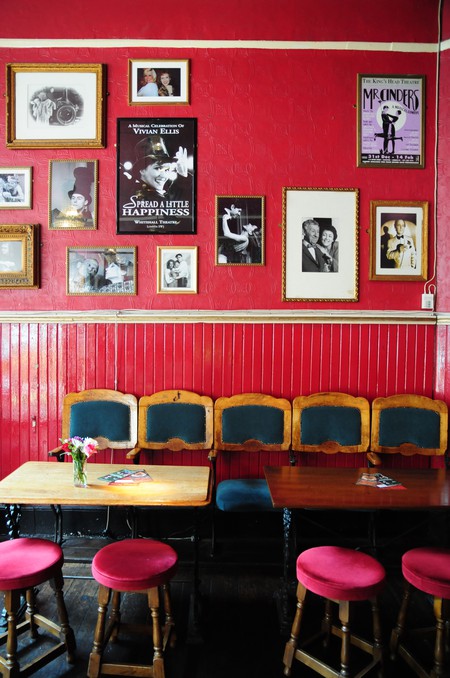 Running adjacent to Upper Street is the picturesque, pedestrianised Camden Passage. There’s a cheese shop, a fishmonger and a handful of cafés and restaurants, plus plenty of vintage shops and quirky boutiques. At weekends, it hosts a charming antiques and clothing market. Taking prime position on the narrow street is the Camden Head, a cheerful pub that hosts nightly free comedy.

Other entertainment venues and things to do in Islington include the Screen on the Green, a long-running single-screen cinema with an eye-catching neon-lit exterior, several theatres and the O2 Academy for live music. 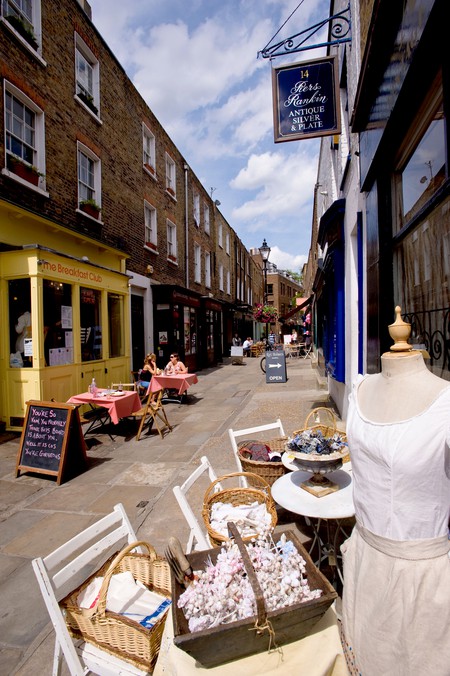 Turn off Upper Street to explore the quieter, residential side of the neighbourhood, where the streets are lined with terraced Victorian townhouses and punctuated by small squares of greenery. Regent’s Canal is pretty at any time of year, but is best experienced during spring and autumn, where the foliage fringing the canal is particularly vibrant. During the summer, you’ll barely be able to move for people barbecuing and drinking.

Islington has a selection of good hotels and is well served by buses and tubes. As the neighbourhood that bridges the affluent suburbs of the north and the daily hustle and bustle of central London, it’s the perfect place to be when visiting the UK’s capital. 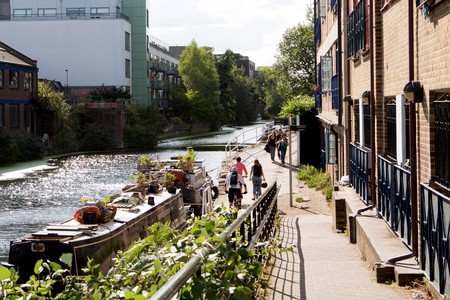