How To Celebrate Chinese New Year in London

Festivities ushering in the Year of the Pig will be taking place across London throughout the first week of February. With a host of art-, food- and history-focussed events, and more lion dancers than anyone would care to count, the city’s Chinese New Year celebrations are among the biggest outside of Asia.

London’s Chinese community has been celebrating the Lunar New Year since its origins in the 18th century; today, the city’s celebrations are among the biggest outside of Asia. This year, think beyond Chinatown and find out how Londoners are planning to celebrate the Year of the Pig across the capital. 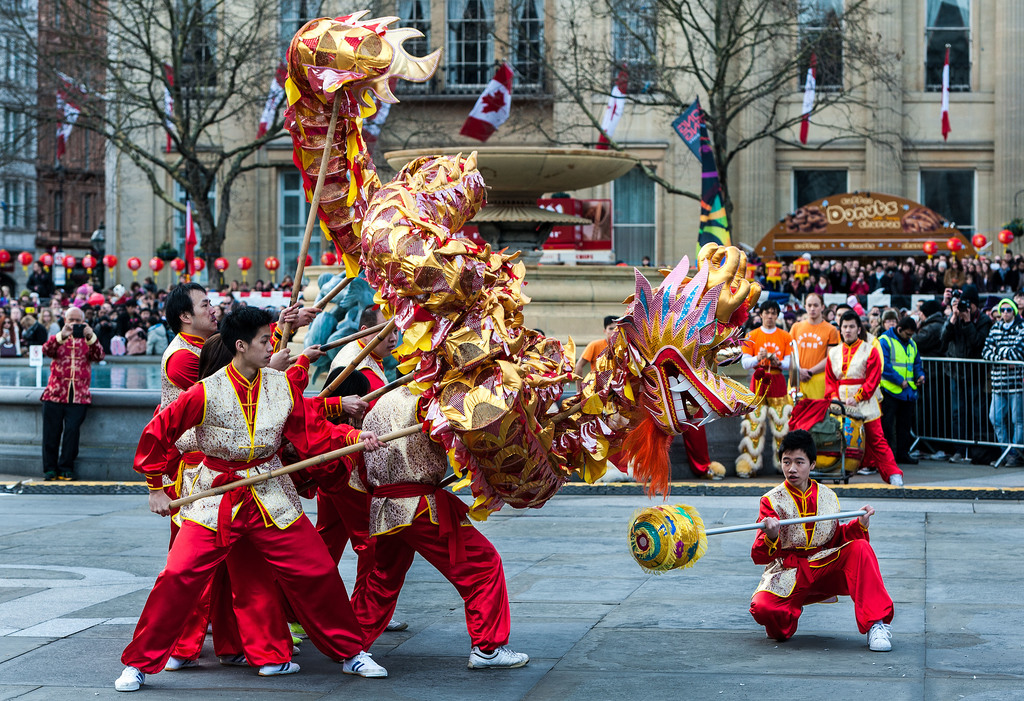 Try on a lion dancer suit at the Science Museum

As part of its adult-only Lates programme, which takes place on the last Wednesday of every month, the Science Museum is holding a China-themed event on 30 January. Visitors can get up to speed on Chinese New Year (CNY) traditions, find out about the future of China’s space programme, and even try on a traditional lion dancer suit for themselves. This free event starts at 6.45pm and comes with the promise of CNY-inspired drinks and snacks.

Catch the tail end of the citywide festival Chinese Art Now, which is showcasing the work of artists living and working in China today as well as that of the Chinese diaspora, before it closes on Saturday, 2 February. Highlights include an augmented-reality tour of Chinatown and screenings of Chinese cinema at the British Film Institute Southbank. 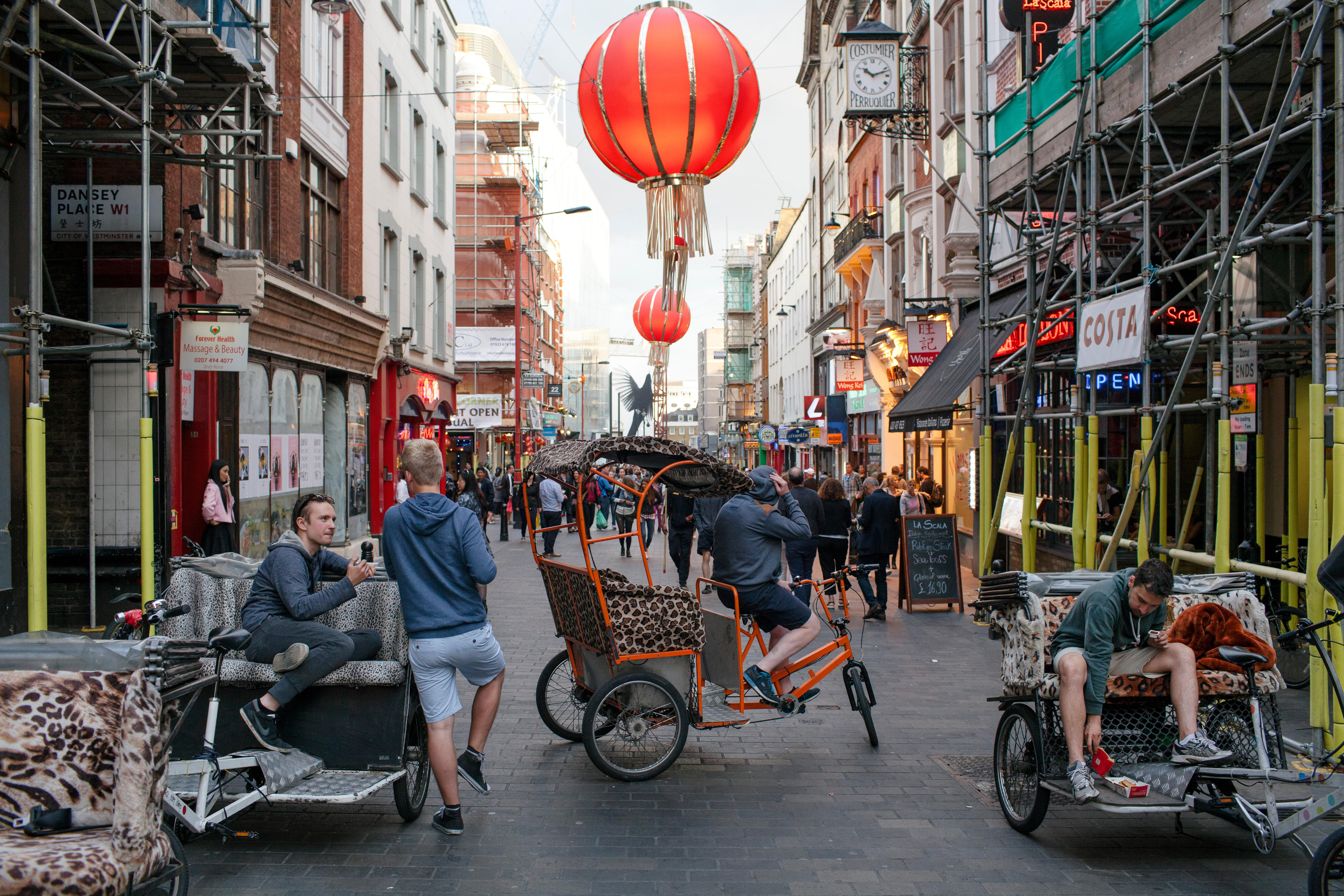 Learn about London’s original Chinatown at the Museum of London, Docklands

While lantern-lined Gerrard Street is modern London’s Chinatown, this West End community can actually trace its origins to Limehouse in the East End. From the 18th century, London’s Chinese population primarily lived and worked along the docks, unloading Chinese goods such as tea and porcelain. To acknowledge this connection, Museum of London, Docklands is celebrating Chinese New Year with a series of events on Saturday, 2 to Sunday, 3 February. Events include a look at the history of tea in London, a calligraphy workshop, martial arts and percussion performances, and yes, more lion dancers.

Ride the Northern Line to Zone 4 for some knock-out food at Bang Bang in Colindale. As well as offering the usual regional specialities and classic dishes, the food hall is hosting music performances, ribbon dancing and a special red-envelope prize draw on Friday, 1 February. If you’re looking to take the celebrations home, stop next door at supermarket Loon Fung and stock up on the ingredients for jiaozi – a dumpling dish traditionally eaten on CNY Eve. Try this Crazy Rich Asians-inspired recipe from Great British Bake Off finalist Kim-Joy. 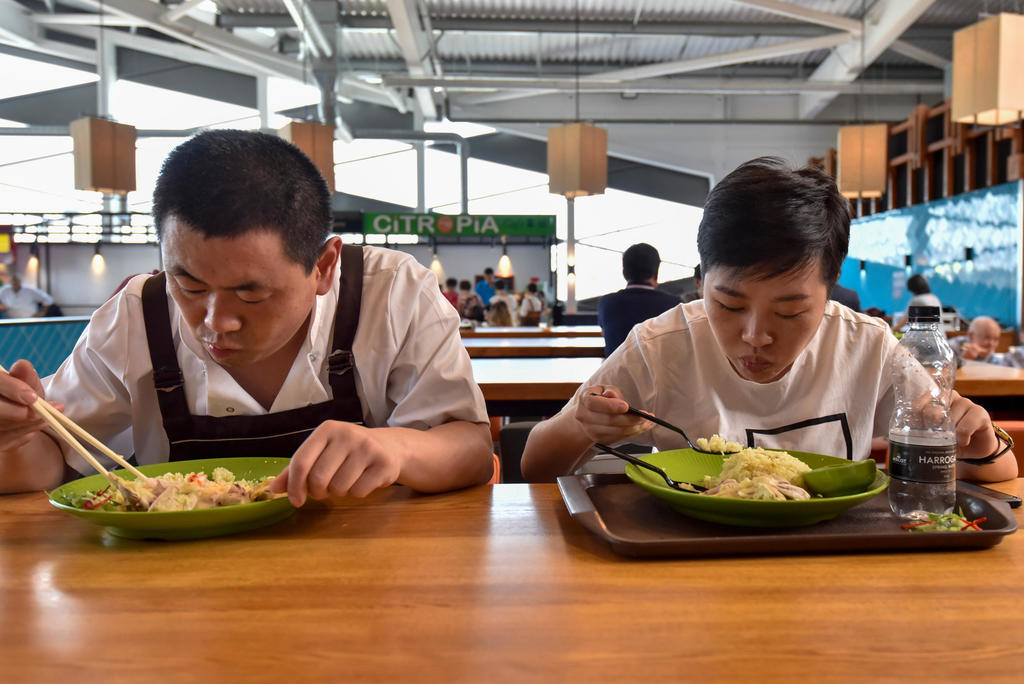 As part of her new solo project, Kaizen House, Elizabeth Haigh joins Wander on Tuesday, 5 to Thursday, 7 February for the restaurant’s ongoing guest-chef series. Haigh – a former MasterChef contestant and the palate behind Pidgin’s 2016 Michelin star – has curated a menu to celebrate the Year of the Pig featuring a nose-to-tail hong shao rou (red braised pork) and a mouth-watering take on Malaysian-Chinese yusheng (prosperity salad), a regional CNY classic. The meal costs £35, with an optional £30 wine pairing, and is limited to 28 guests to ensure an intimate evening. But don’t fret if you can’t get a seat for the dinners, Wander is also serving a special Yum Cha menu from Friday, 8 to Saturday, 9 February.

Enjoy family-friendly celebrations at the V&A Museum of Childhood

On Saturday, 9 February, take the kids to the Museum of Childhood for a day of activities planned with those who might be overwhelmed by the city’s larger CNY celebrations in mind. There will be craft activities, an exhibition of Chinese children’s art and, of course, the requisite lion dancers. 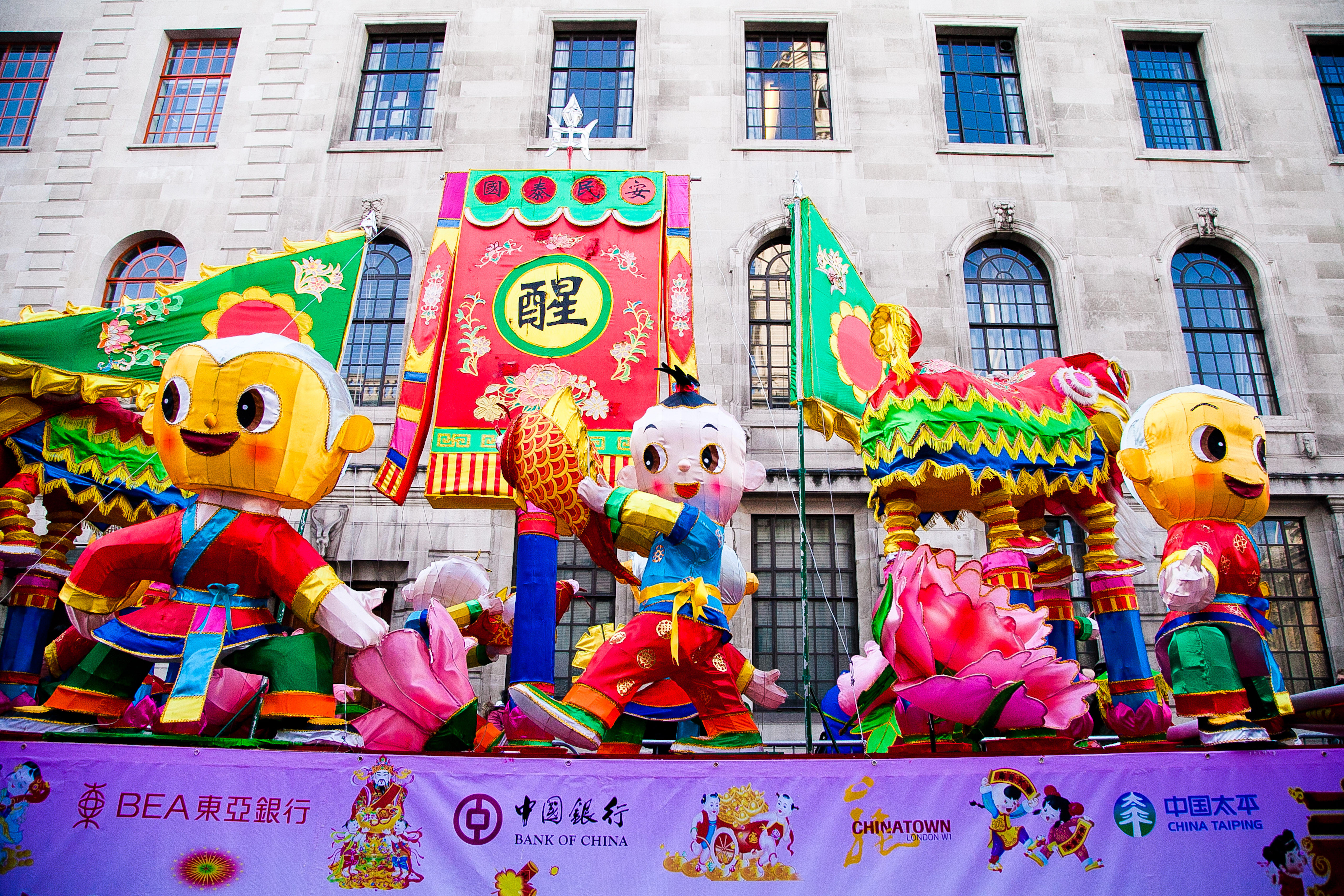 Make your way to Central London for the the annual Chinese New Year parade on Sunday, 10 February – reputedly the largest outside of Asia. Kicking off at around 10am on Charing Cross Road, the procession will snake its way down to Shaftesbury Avenue. After the parade, keep the celebration going with the help of outdoor performances. While Trafalgar Square is at the heart of the festivities, wandering revellers will be rewarded in neighbouring areas with smaller, more intimate celebrations – and easier access to food stalls.