A Capital Museum For A Capital City: The Museum Of London

An award-winning institution featuring displays that tell the story of London and its people, the Museum of London — if you’ll excuse the pun — is absolutely capital. We take you on a whirlwind tour of the permanent galleries at one of the city’s finest museums. 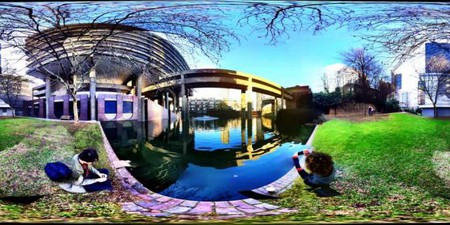 A beautiful day outside the Museum of London | © Tony Hall/Flickr

Overlooking a section of London’s original Roman wall, this treasure trove of urban and social history lies a stone’s throw from St Paul’s Cathedral — a little out of the way of the normal museum trail but well worth the detour. Its permanent exhibitions — no prizes for guessing — chart the story of London from its prehistoric environment to the present day. Catapulting through Roman and Medieval history, Tudor upheaval, Victorian expansion, world wars and twentieth-century cosmopolitanism, right up to the 2012 Olympic Games, all the old favourites are here: the Great Fire, the Suffragettes, the Blitz. And so is the unexpected. A Roman bikini? Check. Prison graffiti? Why not? An art deco lift from Selfridges? Absolutely.

What really makes the galleries feel fresh and riveting, however, is the feast of mixed media displays they serve up. There’s a wattle and daub hut, an interactive 1830s poverty map, and a 16th-century church arch, as well as Victorian artefacts embedded in the floor, posters wallpapering partitions, and films of gladiator re-enactments. Every corner feels different, engaging and, amazingly, not in the least bit gimmicky. Gone are the days, it seems, of those awful ‘guess-the-object’ displays, with their mystery boxes and germ-ridden artefacts. Instead, there are installations like the ‘Victorian Street Walk’ (my absolute favourite), which recreates a dozen full-scale, 19th-century shopfronts in a labyrinthine niche of immersive history. This — if selfies are anything to go by — is where visitors are most enthralled, and points once again to the power of reconstruction to speak volumes, without a single curatorial label. 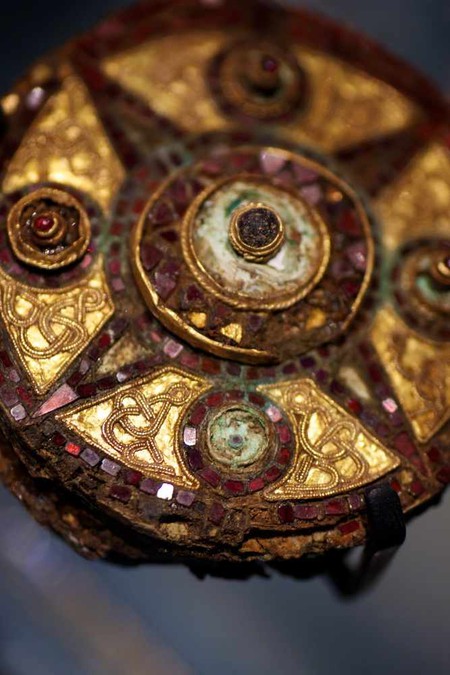 Medieval Brooch at the Museum of London | © Paul Hudson/Flickr

Rather than housing each period’s collection in a separate room, the chronological tour of London’s past is a series of fluid, connected spaces. Time and transition feel a bit more seamless this way, and there’s no need to consult your gallery floor plan like a nervous traveller checking and re-checking gate numbers at the airport. (This is the problem I always have in the National Gallery: try as I might, I inevitably end up tracing hopeless circles in the Dutch Masters room, with no way out and an ever-increasing hatred for still life). Of course, the danger of inviting continual movement is gallery fatigue — that strange, debilitating affliction which saps the legs of the museum visitor and boosts the sales of the museum café. The Museum of London, nevertheless, addresses this by integrating an inventive array of seating areas into the exhibition — a video piece on the Great Plague, a Victorian ‘pleasure garden’ with benches and music, and a poignant theatre of oral histories on the Blitz. The latter, indeed, is possibly a little too poignant — or at least should come with a PG rating. 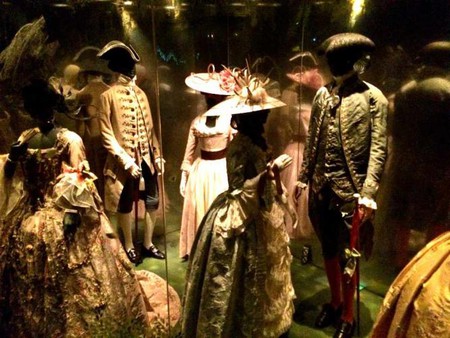 As a friend of mine dryly remarked during our visit, the average school-leaver probably thinks the history of the UK is the history of London — since almost all the episodes we studied in a thousand lessons on the ‘British’ past revolved around the capital. This isn’t, of course, the museum’s fault, but I wonder whether they might acknowledge it somehow — decentring London by reference to the broader regional and international centres with which it’s interwoven, and even pointing to other metropolitan archives for alternative perspectives on national events. They could cue fruitful dialogue between a wider range of institutions, and maybe even a ‘twinning’ scheme with museums of other capitals.

Previous temporary exhibitions on Sherlock Holmes and Paddington Bear have pandered a little more to Hollywood’s trendsetting, but they draw a crowd who might not normally head to museums — that’s not a bad thing. Overall, this is a kaleidoscopic insight into one of the globe’s most fascinating cities and doesn’t bear to be missed. As Samuel Johnson put it, ‘there is in London all that life can afford’ — and the Museum of London exquisitely charts why.