A Brief History of Vivienne Westwood: Chelsea's Most Famous Designer 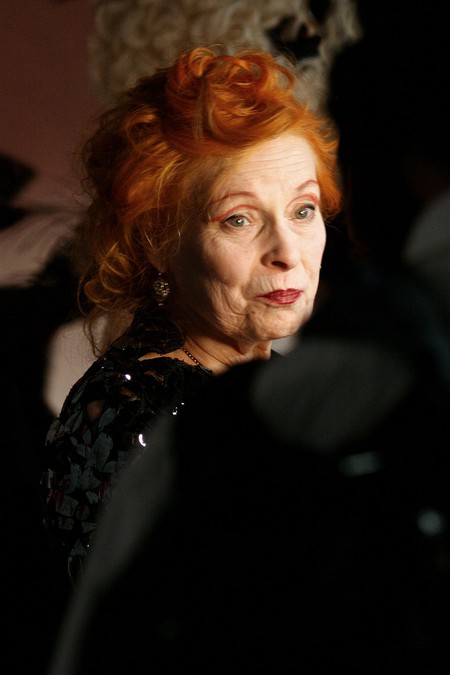 Famed for her unapologetic approach to fashion design, her consistent celebration of the punk movement of the 1970s and for communicating political opinions through her collections, Dame Vivienne Westwood is amongst the U.K.’s most influential fashion designers.

In 1971, Westwood and her personal and professional partner, Malcom McLaren, opened their first store, Let It Rock, in Chelsea, West London. Perfectly positioned on the Kings Road, the store was rebranded several times in those early years, and through each new stage, the young collections showcased the leitmotifs that would become mainstays, such as Union Jack prints, oversized safety pins and artfully-placed tears. More than 40 years on, it’s these signatures that continue to define her collections.

Westwood’s directional aesthetic was perfectly placed in the 1970s, slotting seamlessly into the then-prevalent punk movement and evolving with the decades to include corseted silhouettes and androgynous attributes in the 1980s, as well as tweed tailoring in the 1990s. From the label’s launch to the present day, each collection celebrates the designer’s outspoken attitude to fashion and has come laced with the underlying sexual connotations that define her aesthetic. With the likes of Pamela Anderson as a friend and featured model for the spring/summer 2017 collection, Westwood’s aesthetic is removed from the traditionally feminine designs that grace some of today’s runways.

In 1990, Westwood was awarded British Designer of the Year and added her first complete menswear collection. Forever at the cusp of controversy, the line famously caused a stir in 2003 when the designer accessorised models with fake breasts. In 2012, her entire menswear offering referenced the Olympic Games, and each piece paid homage to the event and its temporary home in London.

Womenswear always remained a focus, as did Westwood’s consistent dedication to addressing world issues within her work. Her autumn/winter 2011 collection, for example, was not only eclectic in aesthetic, but it was also deeply rooted in a cause close to the designer’s heart; along with photographer, Juergen Teller, Westwood travelled to Africa to enlist and fairly pay local women to help create and craft a collection of bags. The result was profound, iconic and beautifully unique.

Westwood’s achievements span an array of mediums, not least of which is her involvement with the Sex and the City film [2008]. The wedding gown worn by Carrie Bradshaw, portrayed by Sarah Jessica Parker, was beautifully suited to the film and also championed Westwood’s signature corseted silhouettes. The gown was accessorised with a weird and wonderful feather headpiece.

As we move swiftly through 2017 and celebrate her work, the artist continues to remain ahead of the curve, most recently launching a runway collection with a climate change motif. The designer hopes to encourage fans of the brand to buy less but choose well in an effort to limit the use of natural resources.

Westwood is not only an influential creative on the London landscape, but also a woman unafraid to voice her political and ethical beliefs. It’s anyone’s guess what’s next in store for Dame Vivienne Westwood.